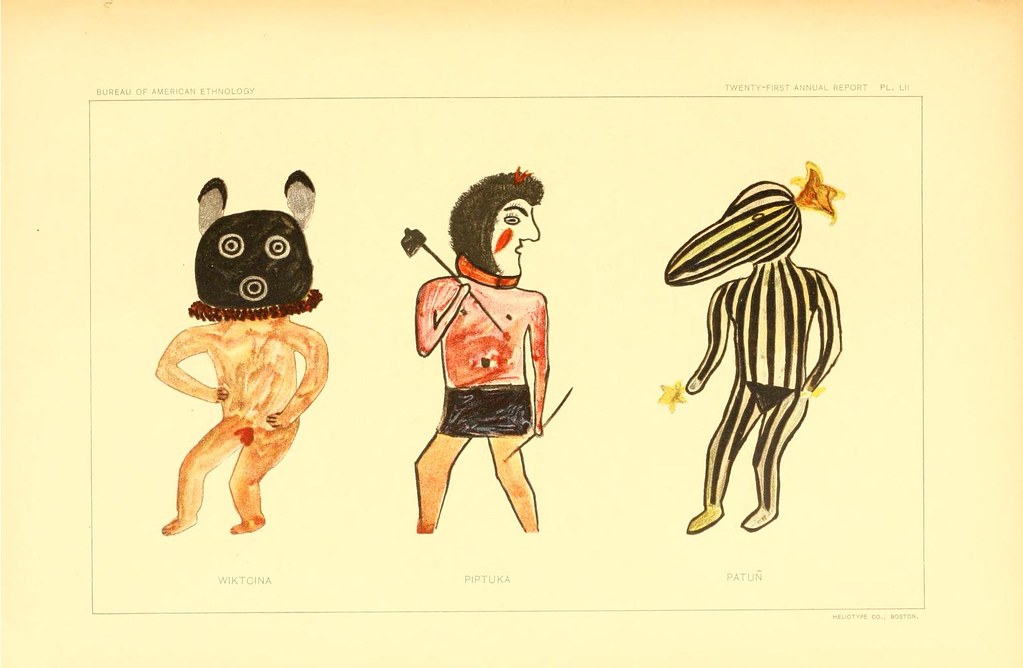 Drawings of various Hopi kachinas (or katcinas) created mainly by a 30-year-old Hopi man named Kutcahanauu or White-Bear who was hired in 1903 by the American anthropologist Jesse Walter Fewkes to visually record the hundreds of different kachinas revered by the tribe. Popular in Hopi and Pueblo culture, a kachina is a spirit or personification of a thing in the real world, and can represent anything in the natural world or cosmos, from a revered ancestor to an element, a location, a quality, a natural phenomenon, or a concept. The local pantheon of these spirit beings varies in each community; there may be kachinas for the sun, stars, thunderstorms, wind, corn, insects, and many other concepts. They are understood as having humanlike relationships; they may have uncles, sisters, and grandmothers, and may marry and have children. Although not worshipped, each is viewed as a powerful being who, if given veneration and respect, can use his particular power for human good, for example, bringing rainfall, healing, fertility, or protection. 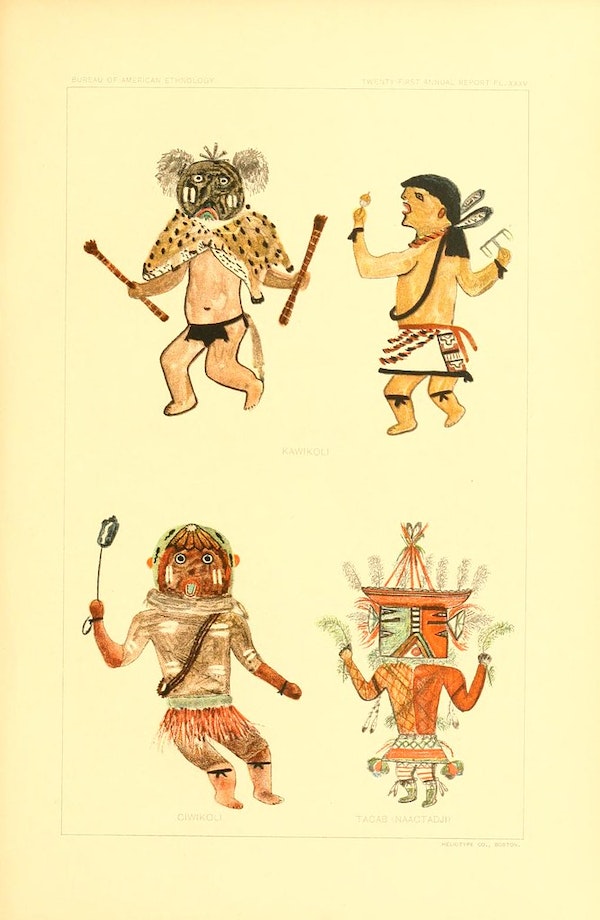 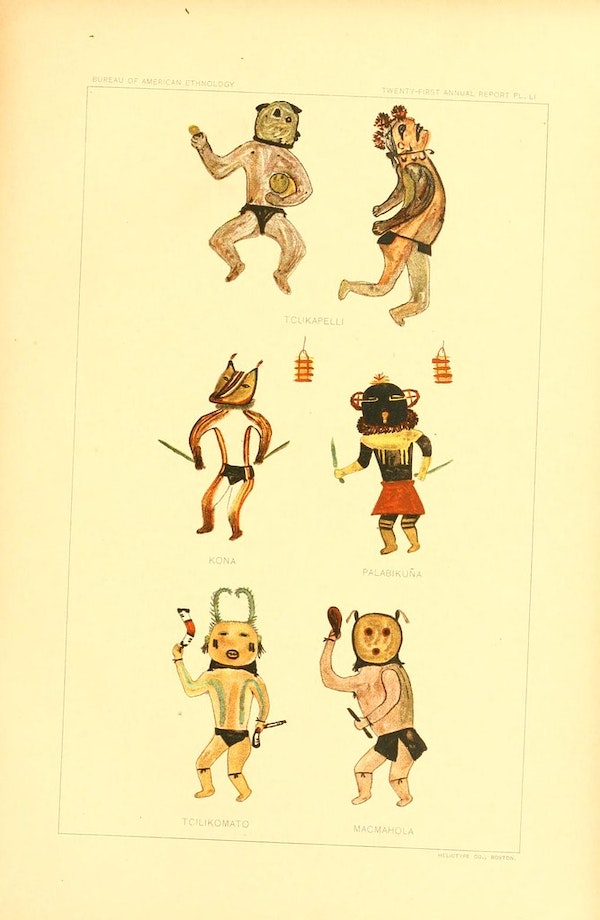 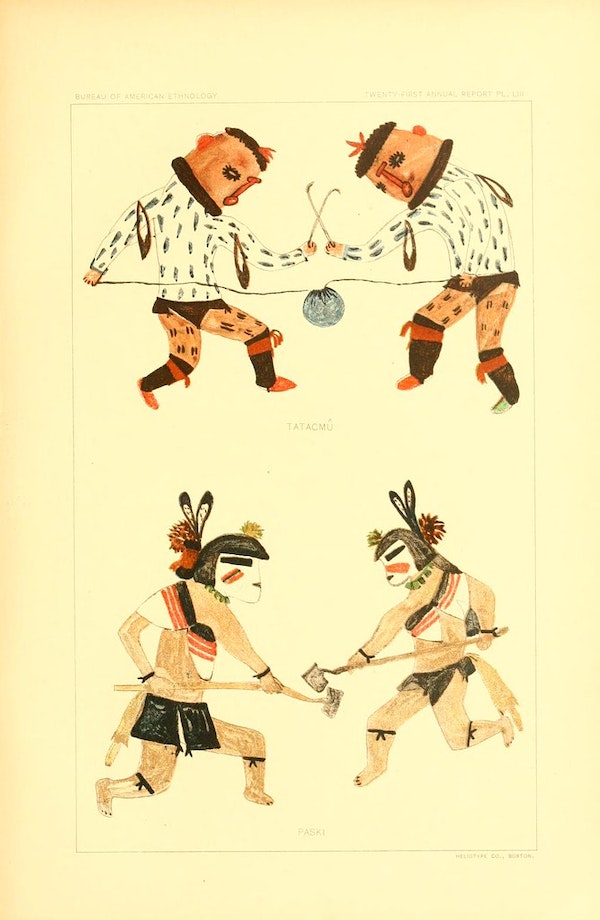 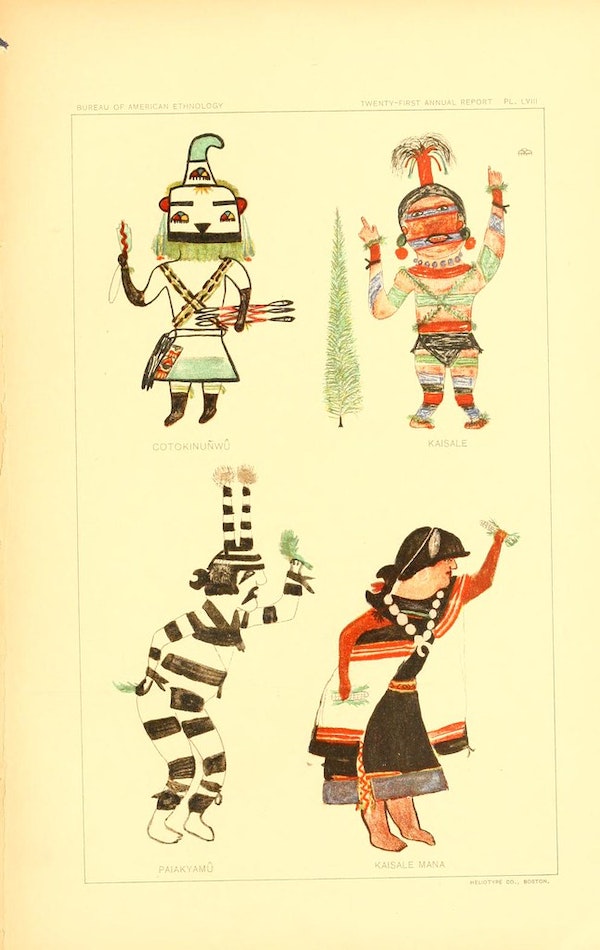 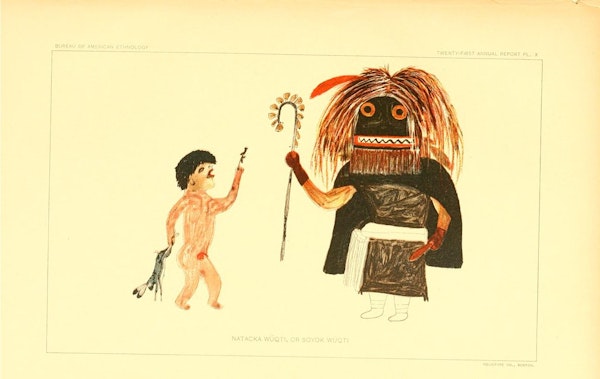 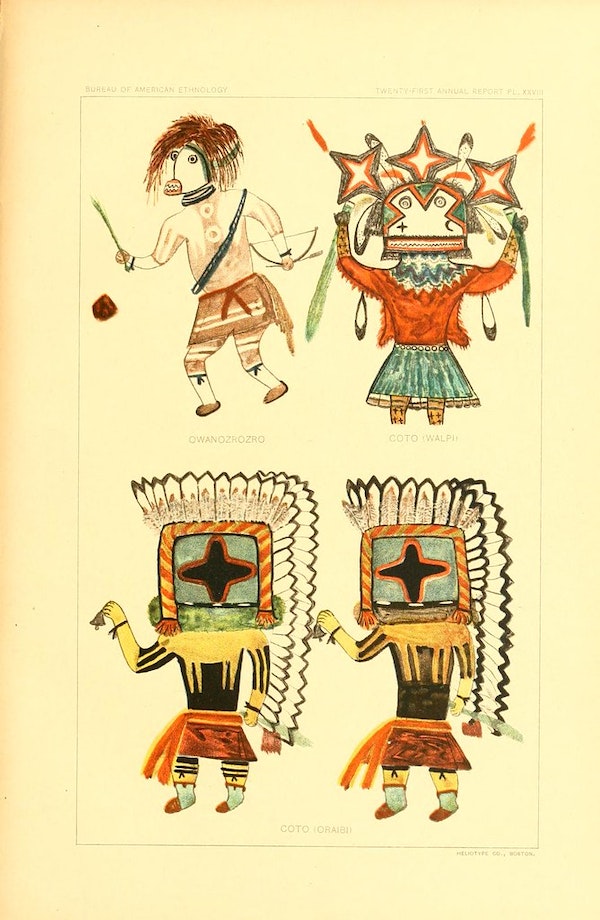 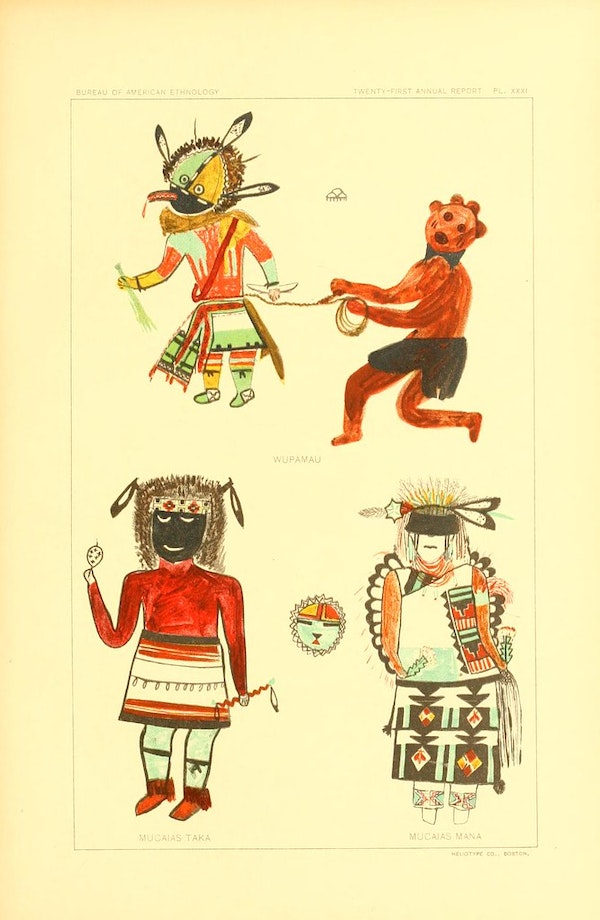 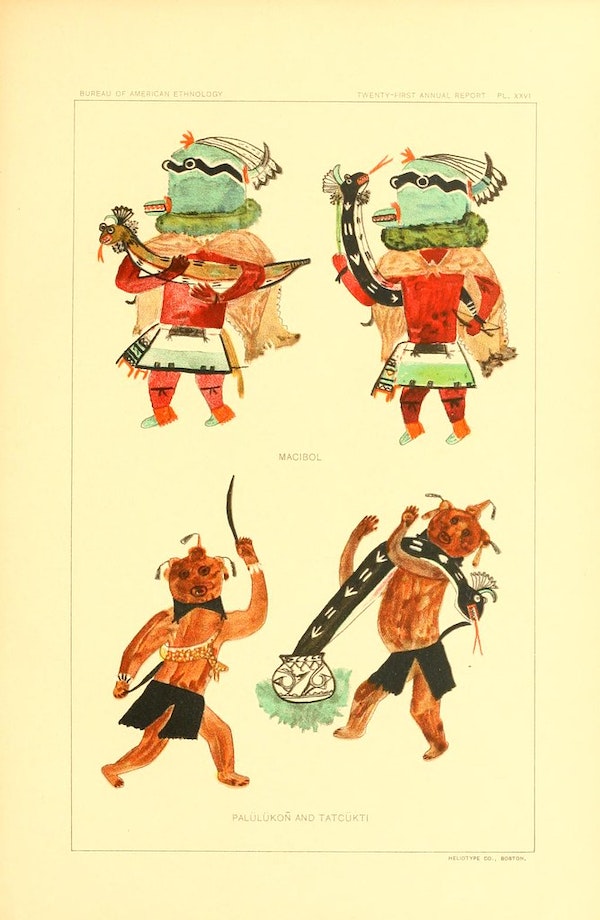 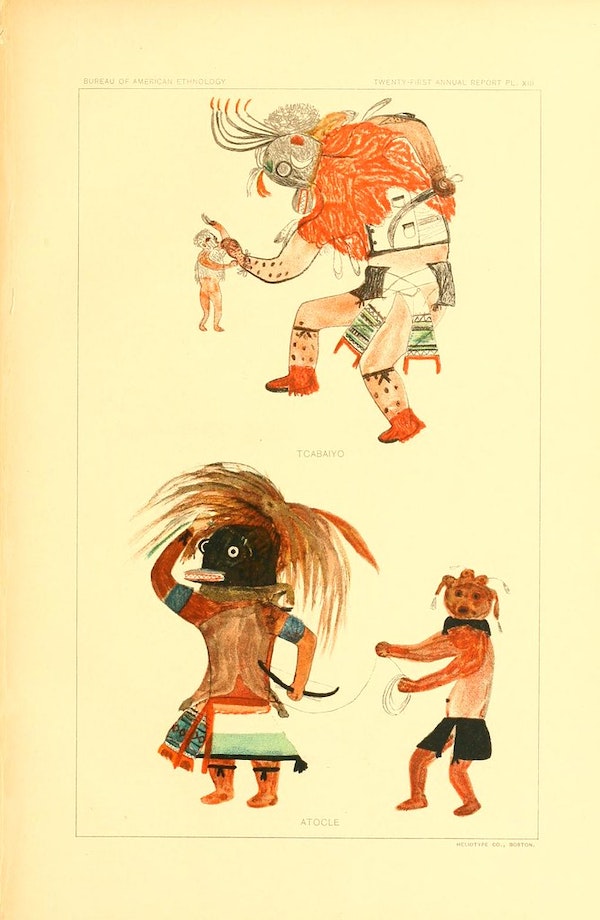 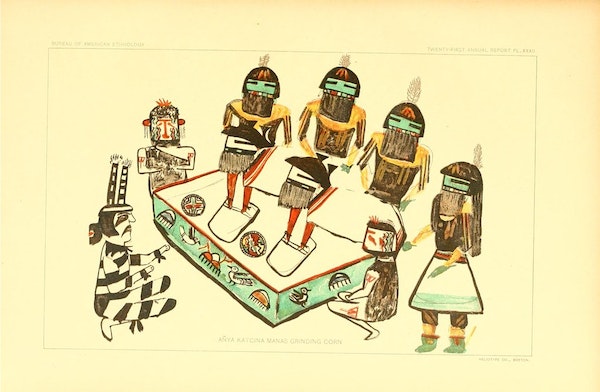 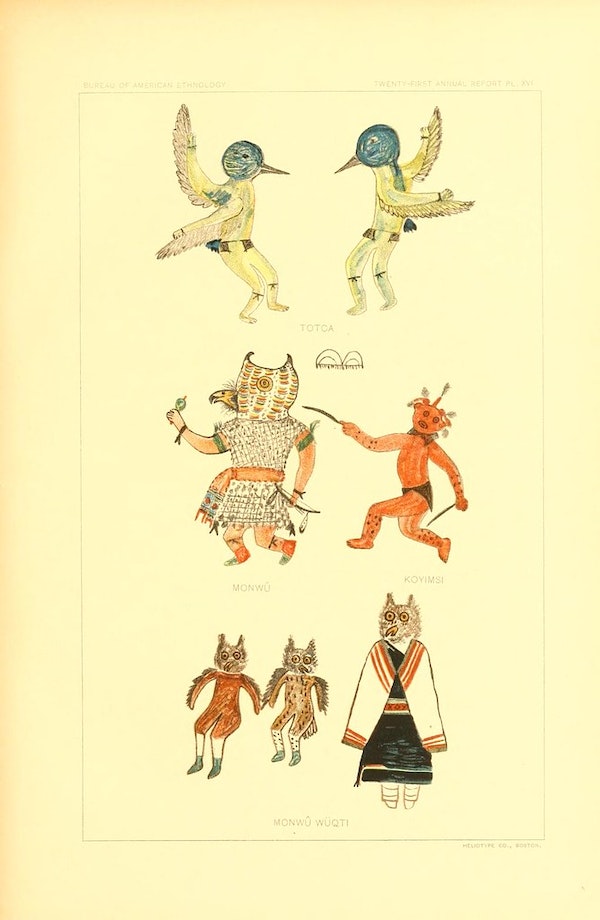 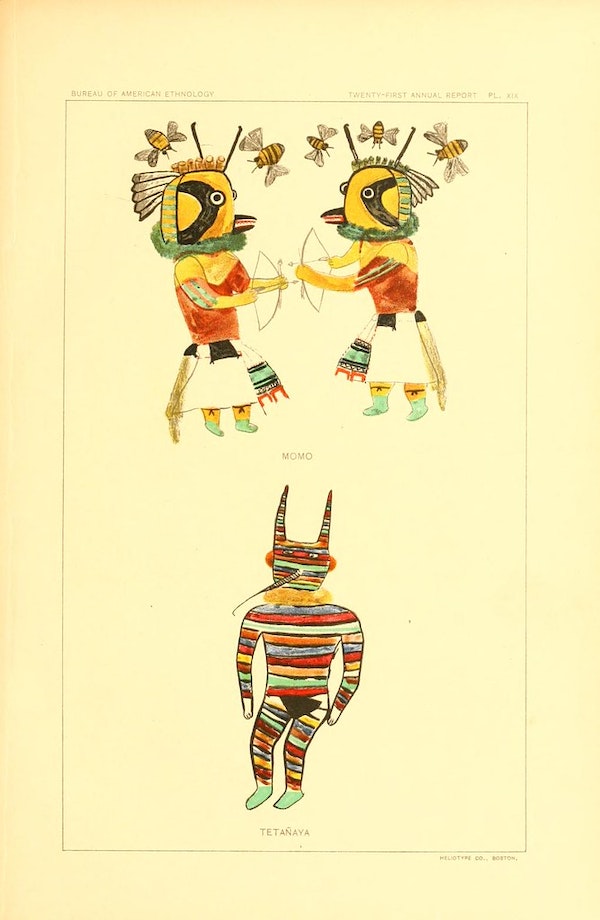 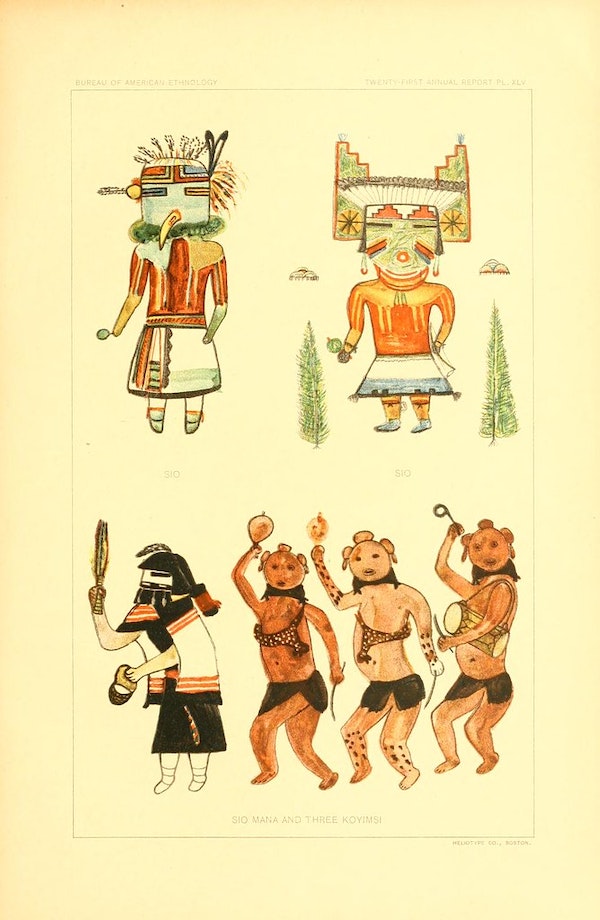