17th January 2013 marked the 150th anniversary of the birth of Konstantin Stanislavski, a Russian theatre director whose theories on acting revolutionised the art. His techniques revolved around getting actors to draw believable emotions to their performances. The method that was originally created and used by Stanislavski from 1911 to 1916 was based on the concept of emotional memory for which an actor focuses internally to portray a character's emotions onstage. Later, between 1934–1938, this technique evolved into a method in which emotions are produced through the use of physical actions. In his earlier acting days, increasingly interested in "living the part," Stanislavski experimented with the ability to maintain a characterization in real life, disguising himself as a tramp or drunk and visiting the railway station, or disguising himself as a fortune-telling gypsy. He extended the experiment to the rest of the cast of a short comedy in which he performed in 1883, and as late as 1900 he amused holiday-makers in Yalta by taking a walk each morning "in character". His theories are explicated in a series of writings including An Actor Prepares, An Actor's Work on a Role, and his autobiography, My Life in Art. (Wikipedia)

The sketches below are from his 1929-1930 production plan for Othello, which offers the first exposition of what came to be known as his "Method of Physical Action" rehearsal process. 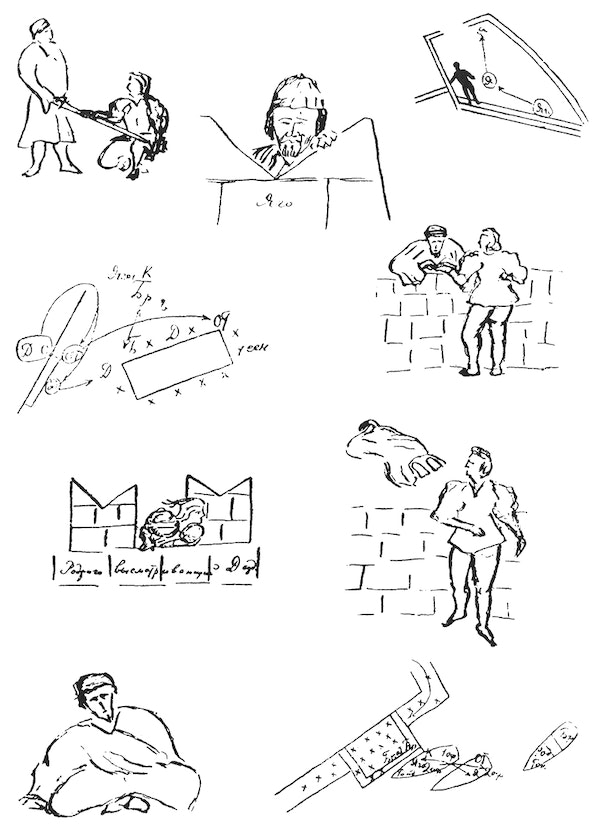