Aratea: Making Pictures with Words in the 9th Century

While popularised by Guillaume Apollinaire’s wonderful Calligrammes from 1918, the art of making images through the novel arrangement of words upon the page can be traced back many centuries. Some of the earliest examples of these “calligrams” are to be found in a marvellous 9th-century manuscript known as the Aratea.

Each page of the Aratea has a poem on the bottom half — written by the 3rd-century BC Greek poet Aratus and translated into Latin by a young Cicero — describing an astronomical constellation. This constellation is then beautifully drawn above the poetry; the drawings however are themselves made up of words taken from Hyginus’ Astronomica. The passages used to form the images describe the constellation which they create on the page, and in this way they become tied to one another: neither the words or images would make full sense without the other there to complete the scene. Also, note the red dots on each picture: these show where the stars appear in the sky.

This remarkable object brings together nearly 2000 years of cultural history. Making use of two Roman texts on astronomy written in the 1st century BC, the manuscript was created in Northern France in about 820. It then found its way into the library of the Harley family in England, before being sold to the nation in 1752 under the same Act of Parliament which created the British Museum. 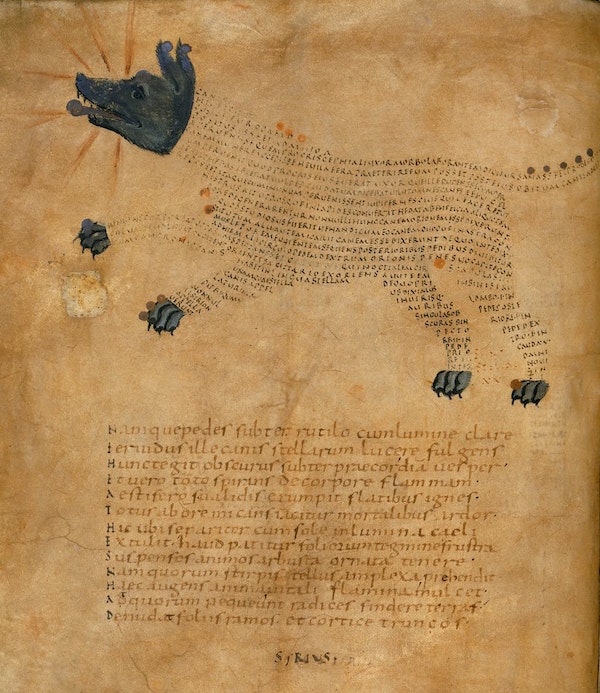 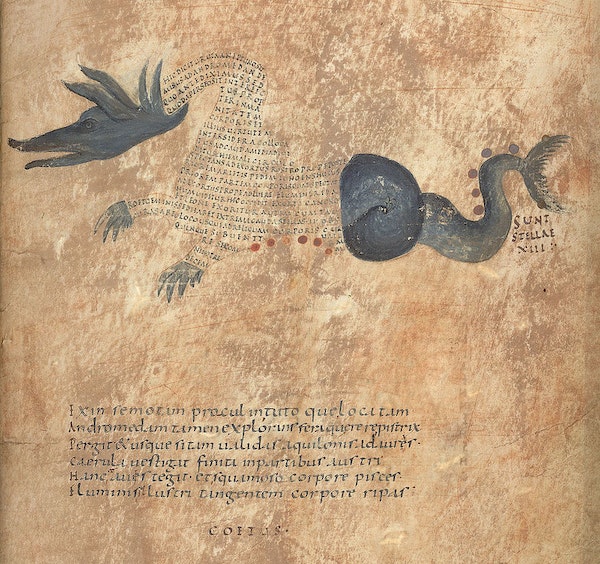 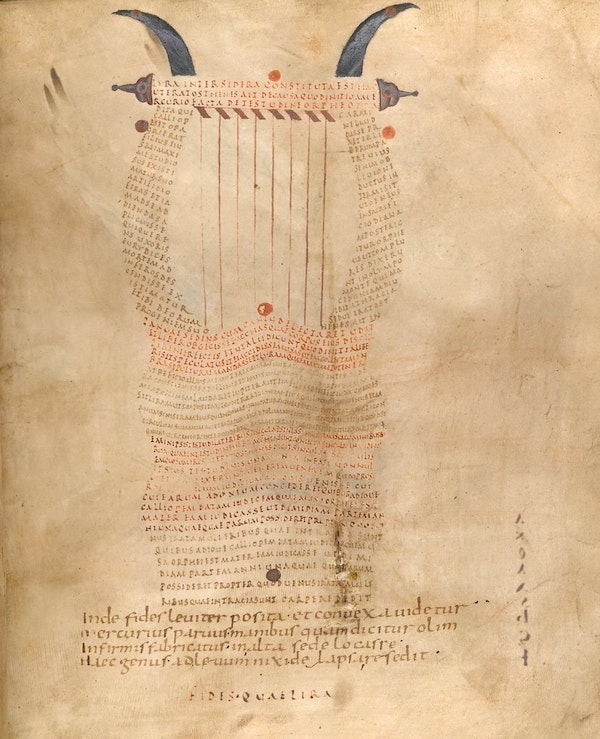 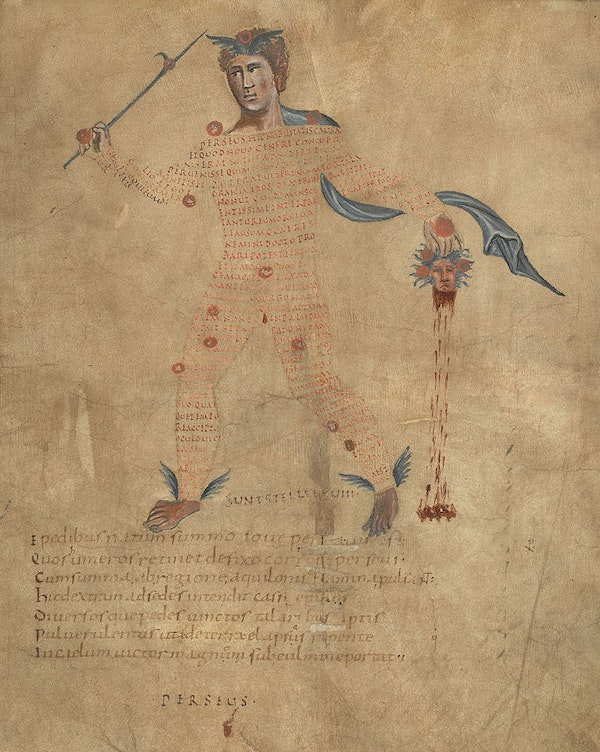 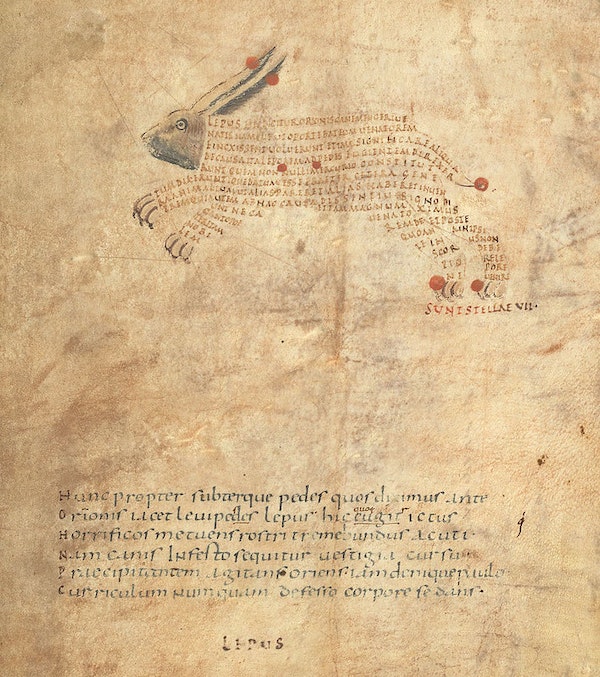 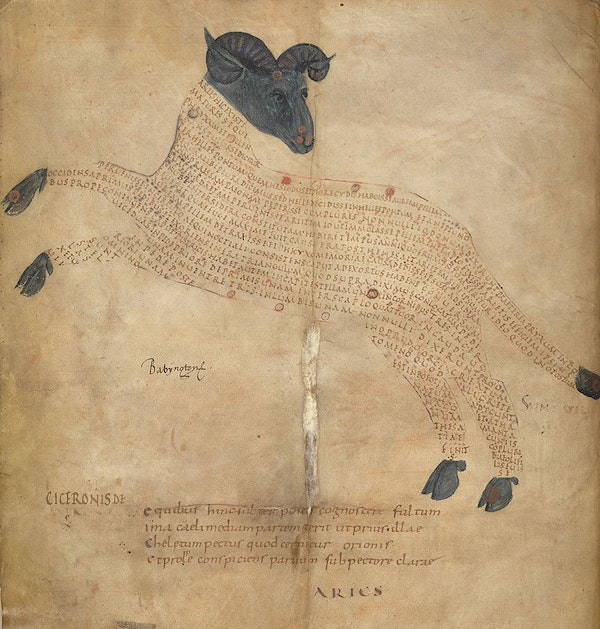 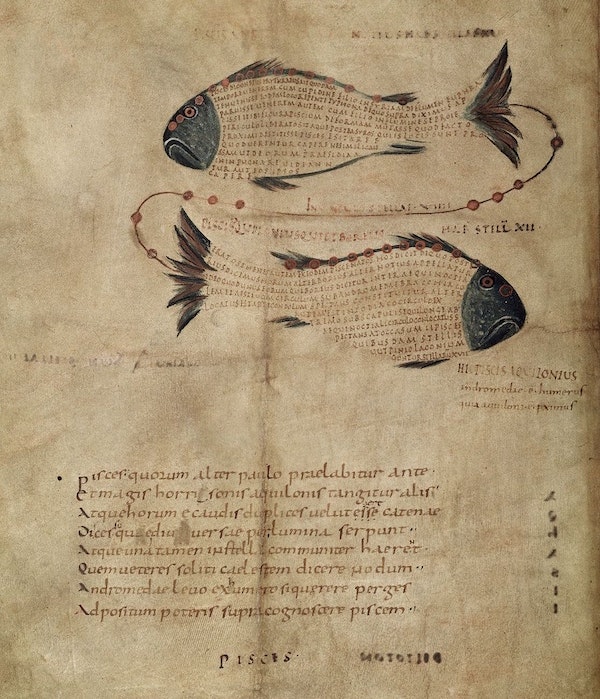 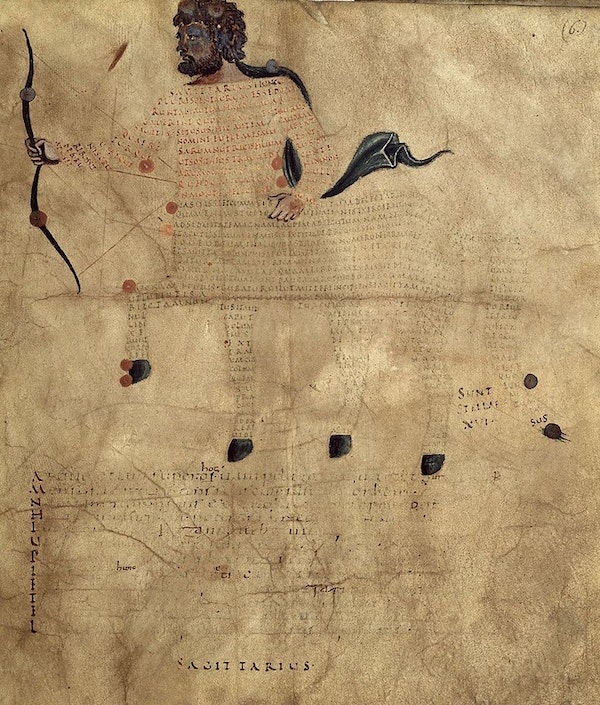 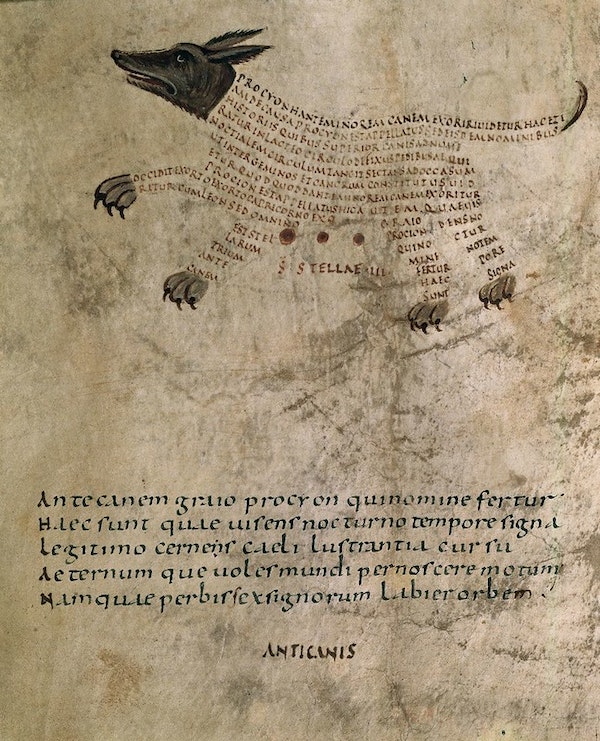 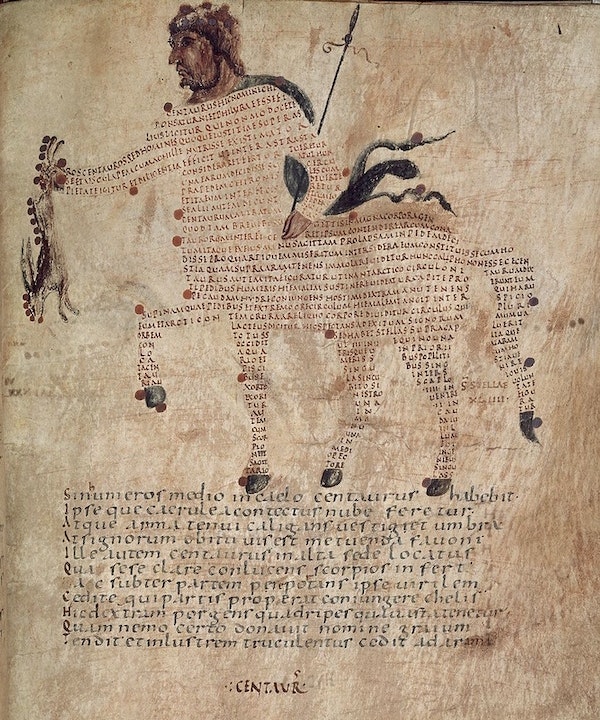 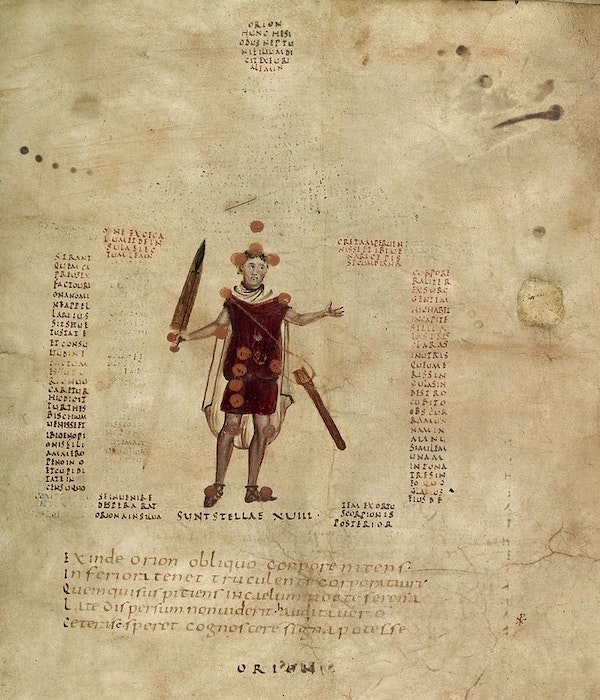 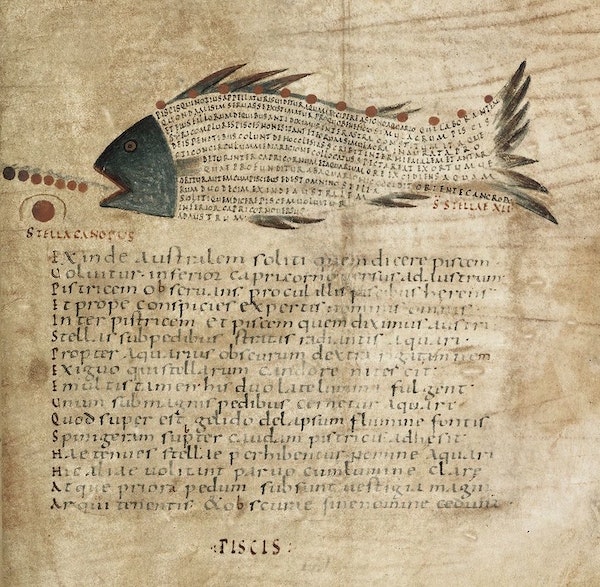 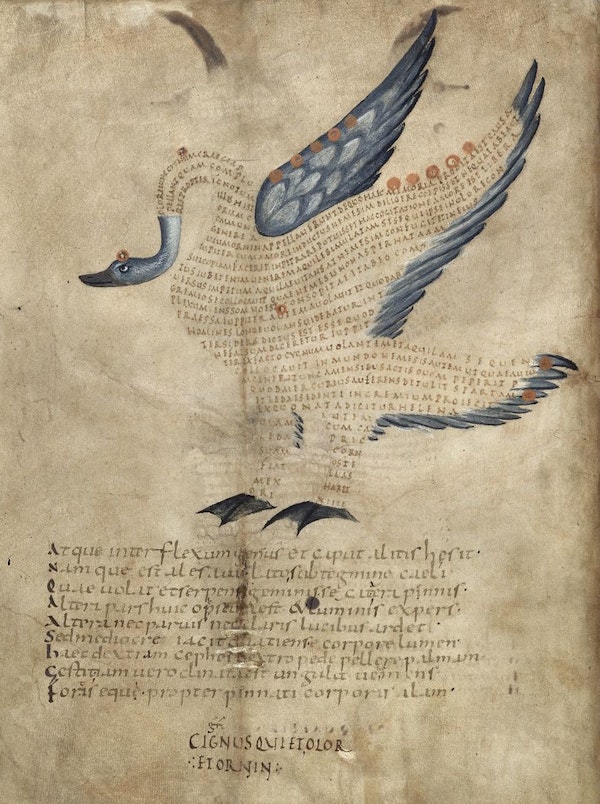 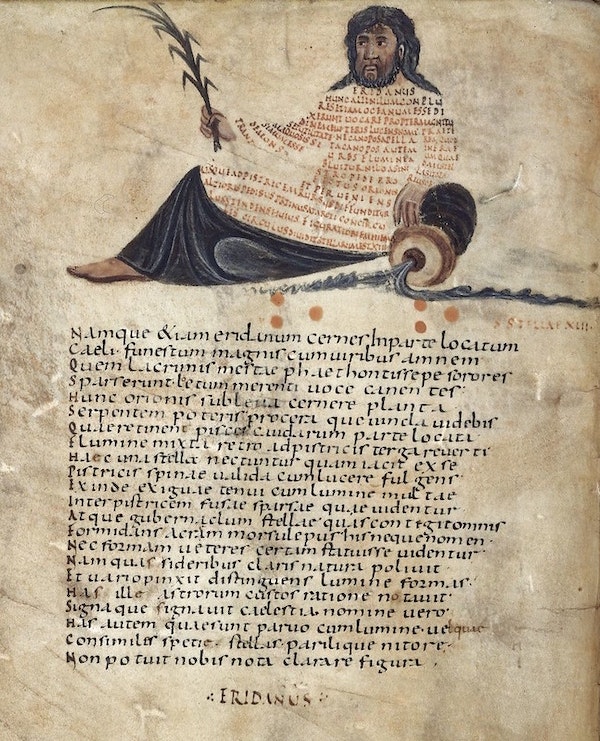 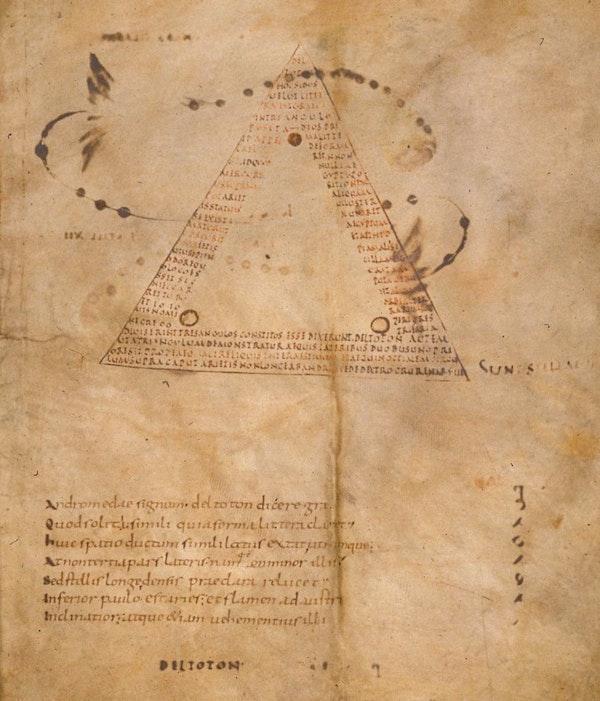 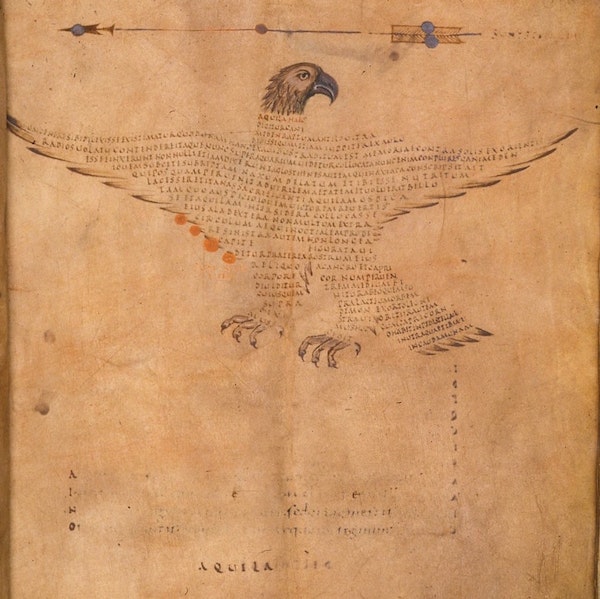