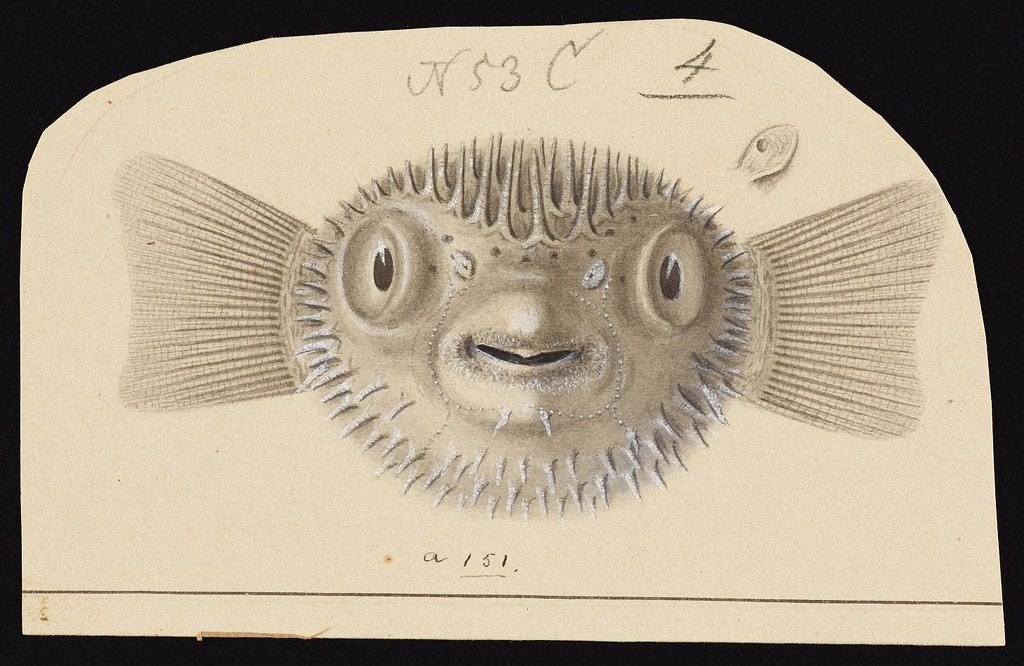 These wonderful drawings of balloonfish and pufferfish were made during, or shortly after, the United States Exploring Expedition, 1838-1842. Known as "U.S. Ex. Ex." for short, or the "Wilkes Expedition" after its commanding officer Charles Wilkes, the exploratory voyage traveled the Pacific Ocean and collected more than 60,000 plant and bird specimens and the seeds of 648 species. This sheer volume of data collected was of major importance to the growth of science in the United States, in particular the emerging field of oceanography. Accompanying the naval officers and the many scientists were two artists, Joseph Drayton and Alfred Agate, who are behind the images presented here, along with a man named John Richard who was hired upon the expedition's return to prepare the illustrative plates for the work on ichthyology. According to the Smithsonian Institution Archives, which house the works, this particular set of images didn't quite make the grade, however, as they were found in envelopes marked as "rejected" or "rejected for publication".