Selection from Eugène von Guérard's Australian landscapes: a series of 24 tinted lithographs illustrative of the most striking and picturesque features of the landscape scenery of Victoria, New South Wales, South Australia & Tasmania, printed and published by Hamel & Ferguson in 1867. Von Guerard hailed originally from Austria but moved to Australia in 1852 to try his luck on the goldfields of Victoria. The venture proved unsuccessful, but he soon realised there were opportunities to pursue a career as an artist in Australia. He started undertaking commissions recording the houses and properties of wealthy pastoralists, and his reputation grew. In 1870, he became the very first Master of the School of Painting at the National Gallery of Victoria. 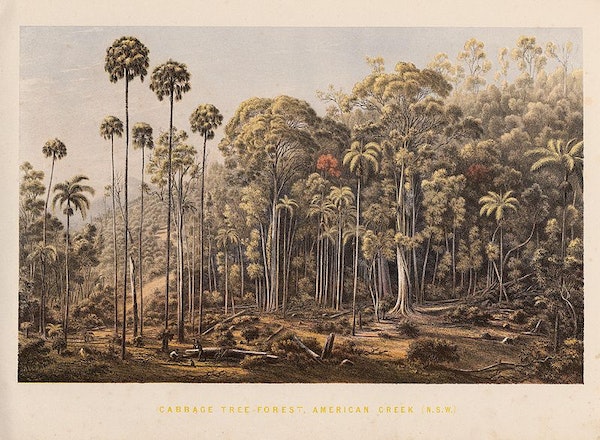 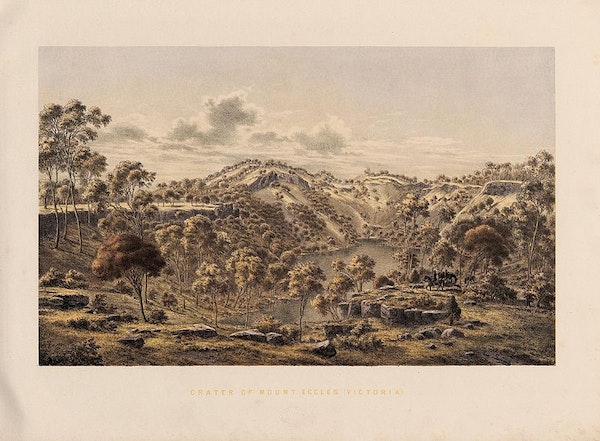 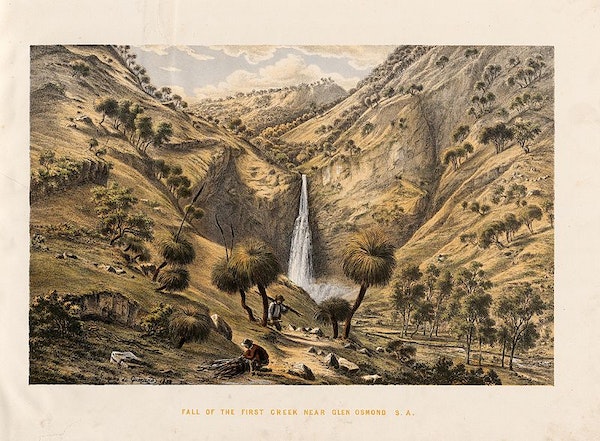 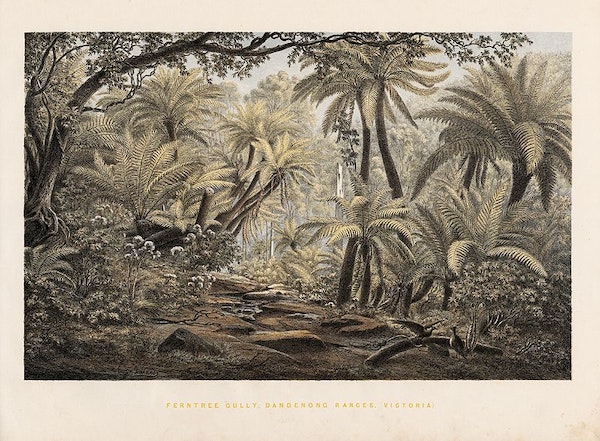 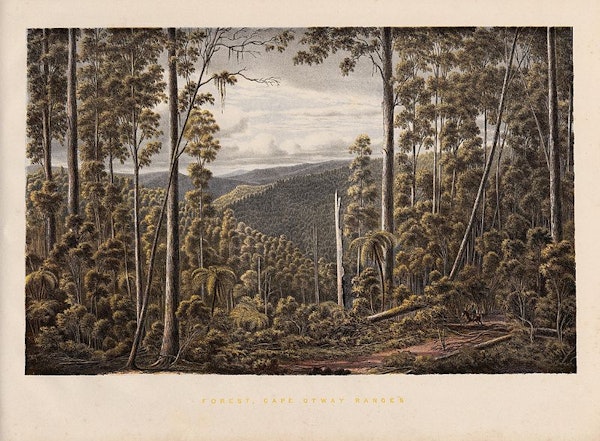 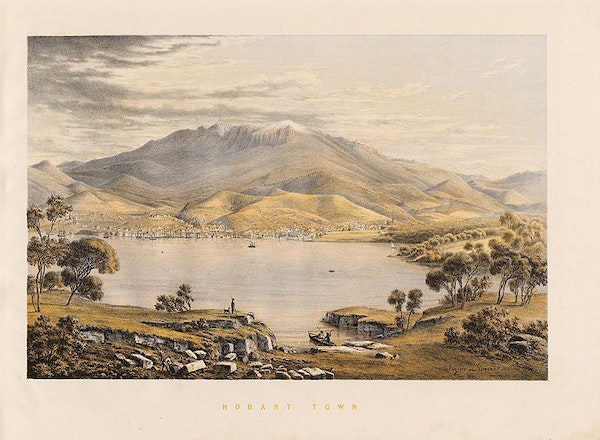 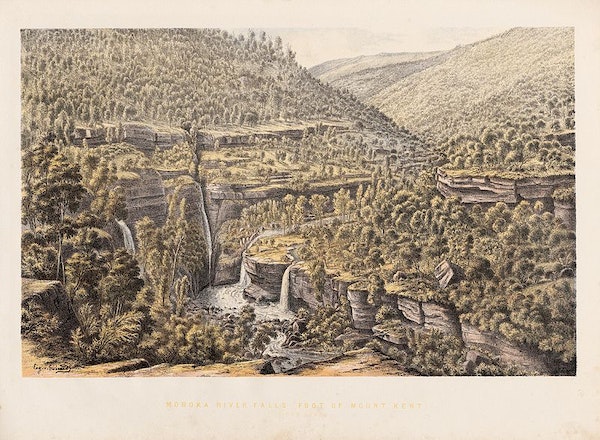 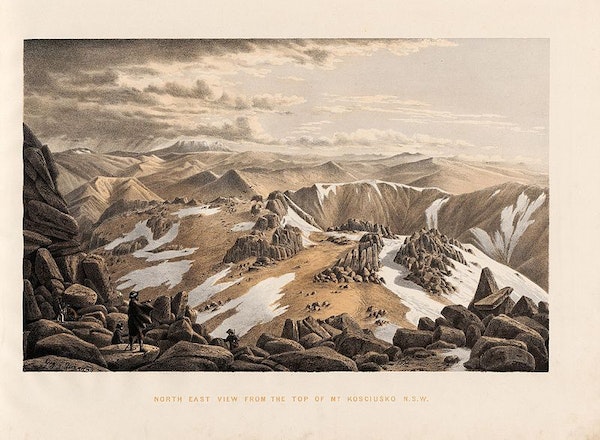 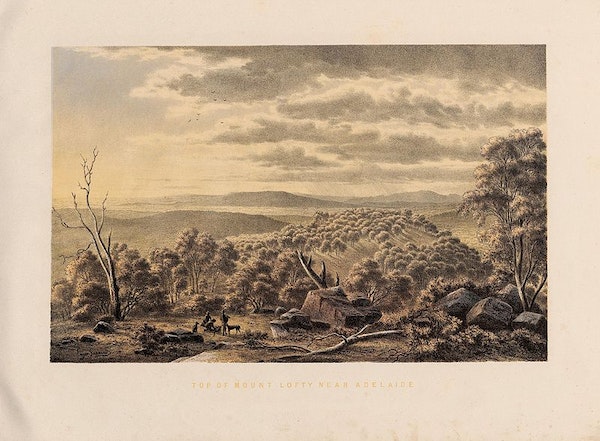 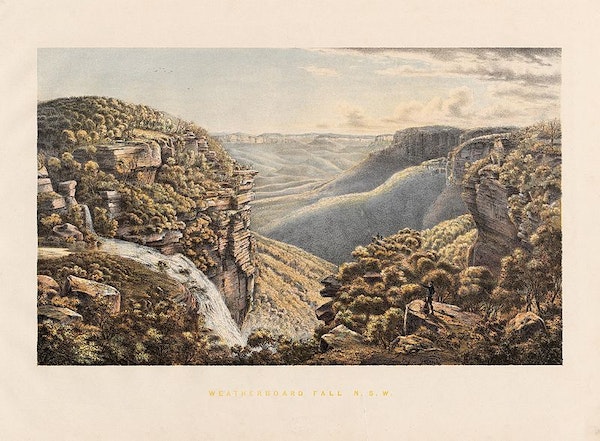