A set of rather uncanny diagrams from Die Heilgymnastik in der Gynaekologie: und die mechanische Behandlung von Erkrankungen des Uterus und seiner Adnexe nach Thure Brandt (1895), translated from German as "The physiotherapy in gynecology and the mechanical treatment of diseases of the uterus and its appendages by Thure Brandt". As the title implies the gynecological exercises are based on those invented by the Swedish obstetrician and gynecologist, Thure Brandt (1819-1895). Brandt began treating women in 1861, combining massage, stretching, and general exercise as a form of treating gynecological conditions. After his methods were examined in Jena by German gynecologists in 1886, they became widely used in Europe. The images in this particular text are eye-catching today less for the gynecological technique they depict but more the bizarre similarity between the rakishly thin figures employed in demonstrating the exercises (no doubt an attempt to de-sexualise the images) and the figure of the so-called "Grey Alien" - thin body, huge head, large eyes - which wouldn't hit popular consciousness for another 65 years. 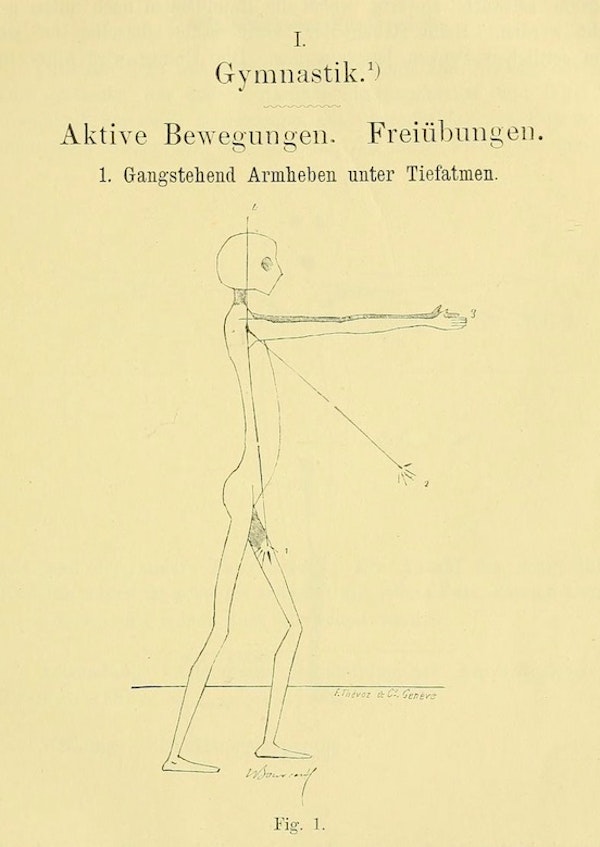 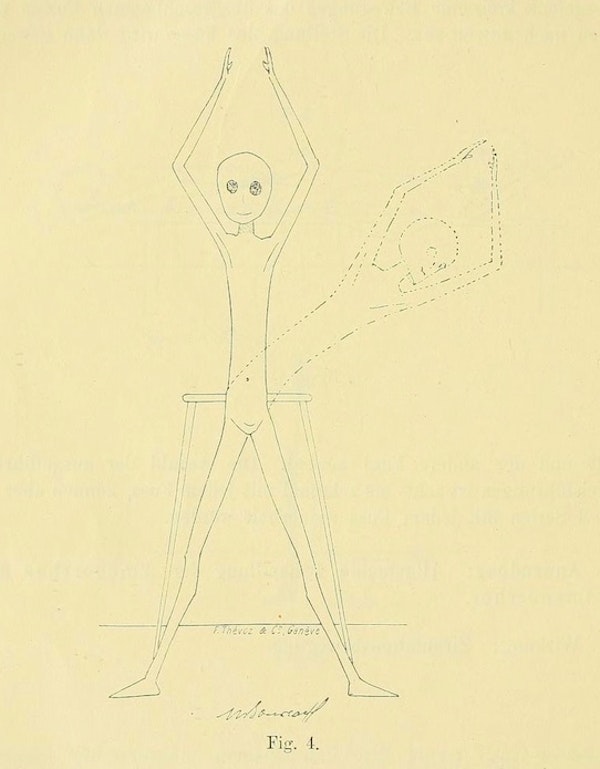 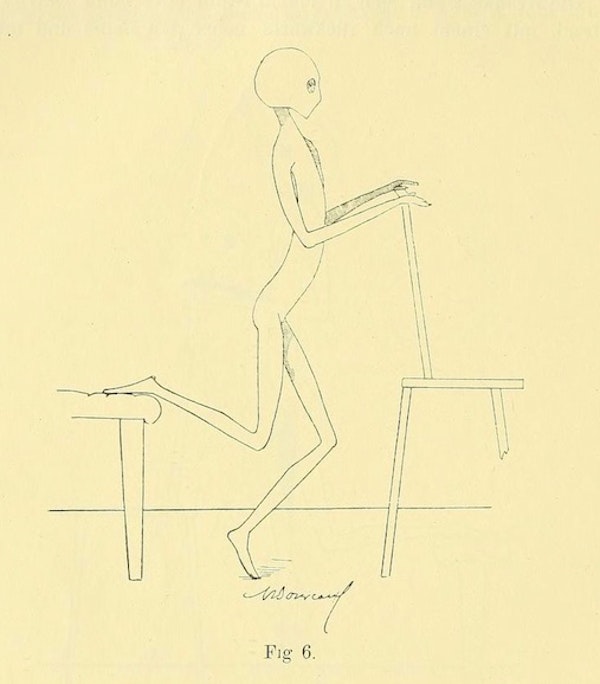 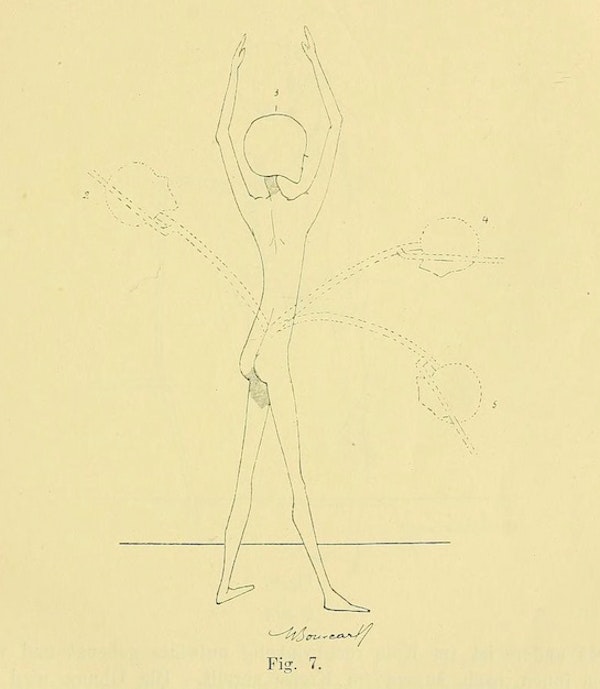 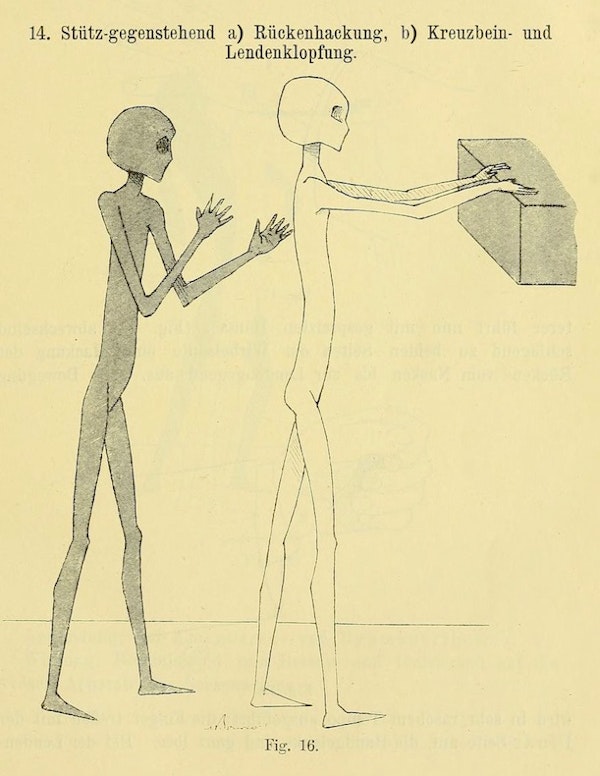 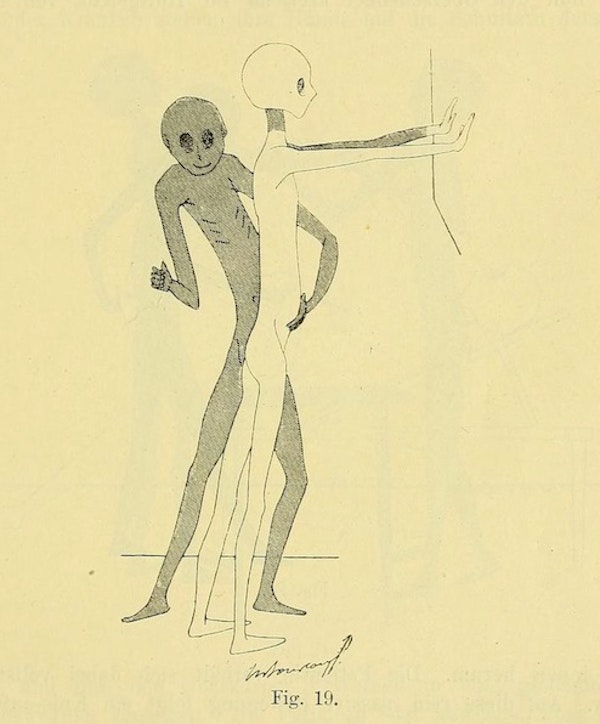 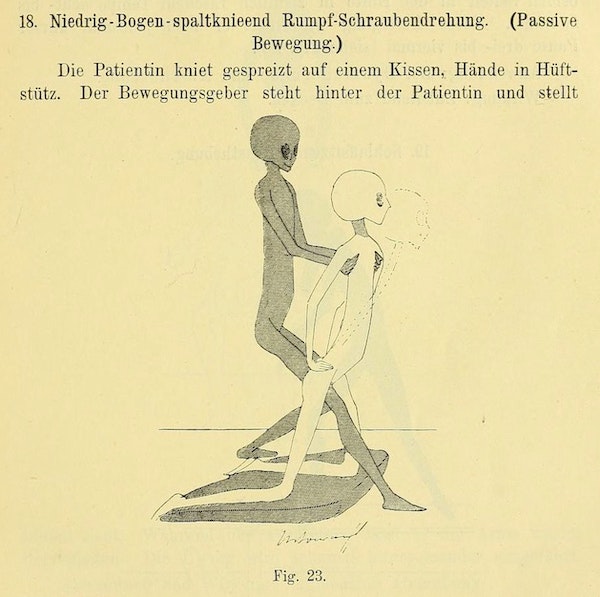 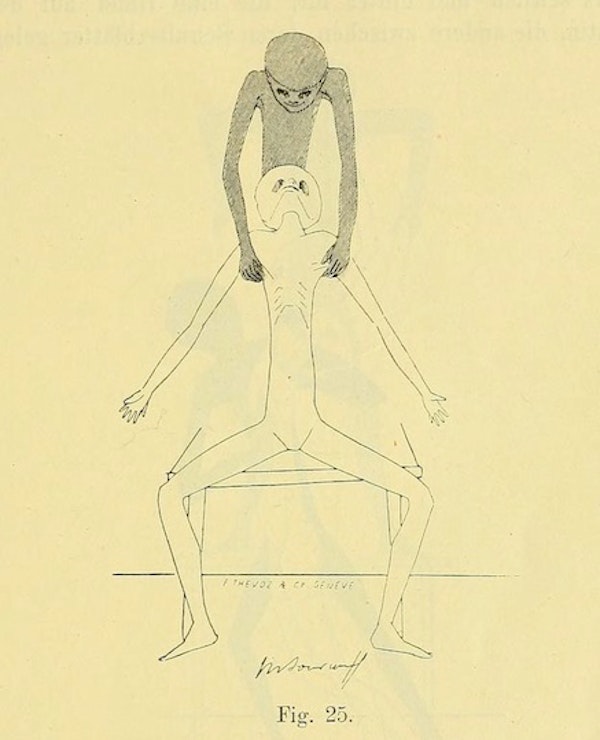 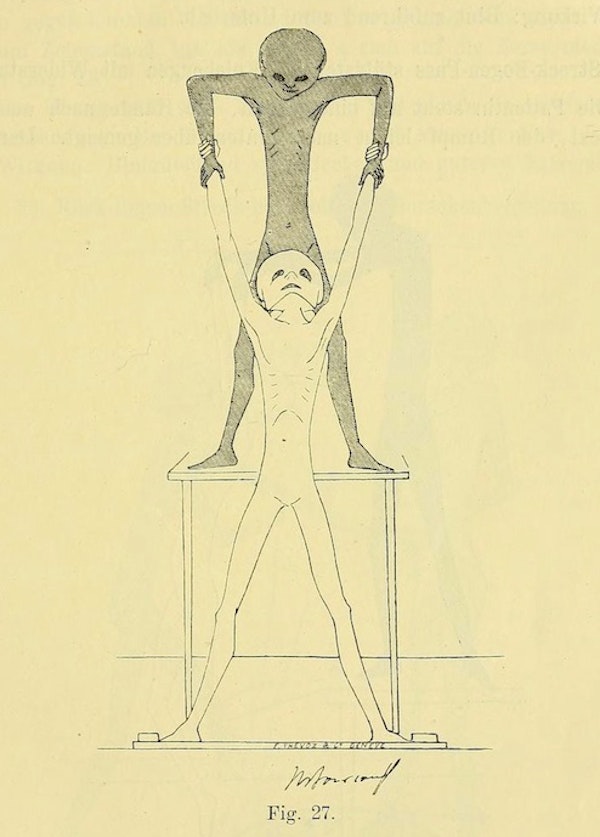 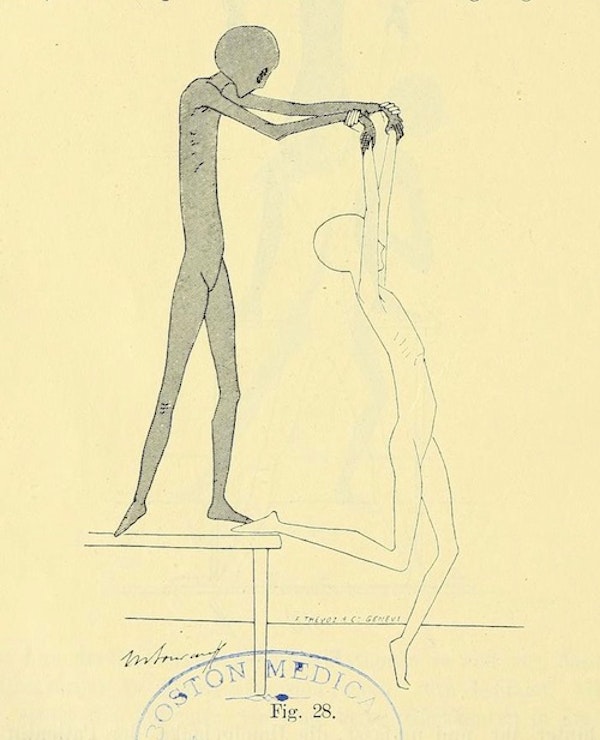 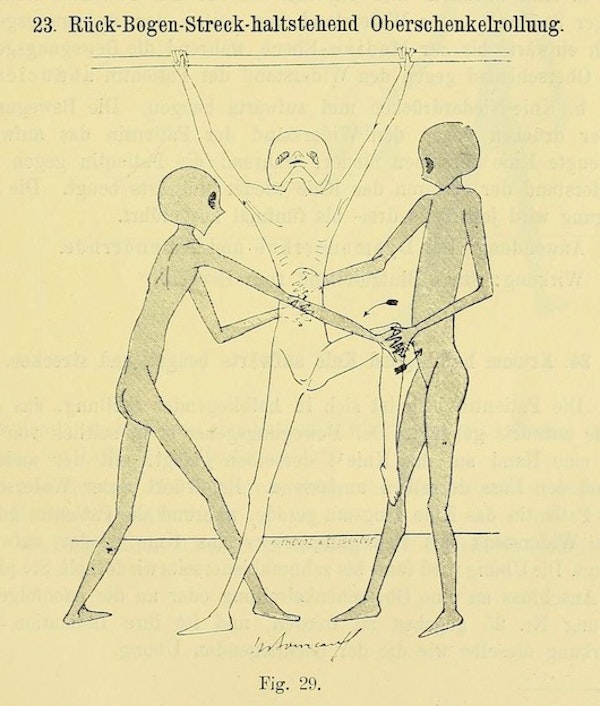 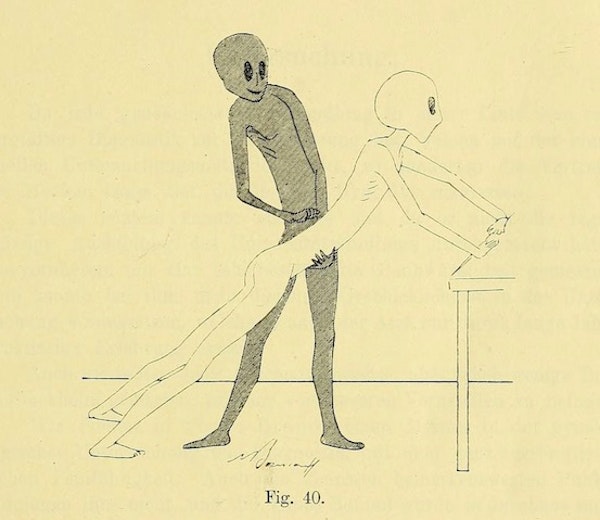 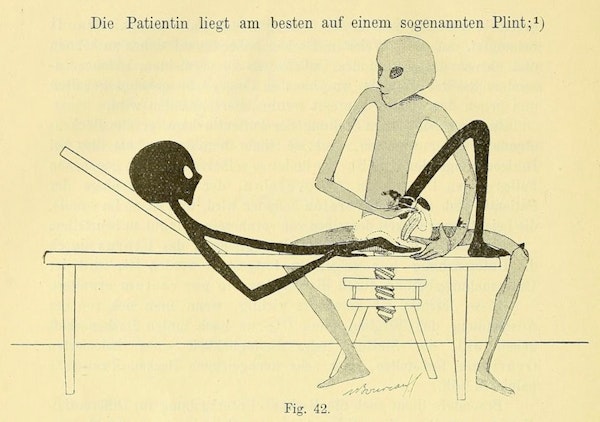 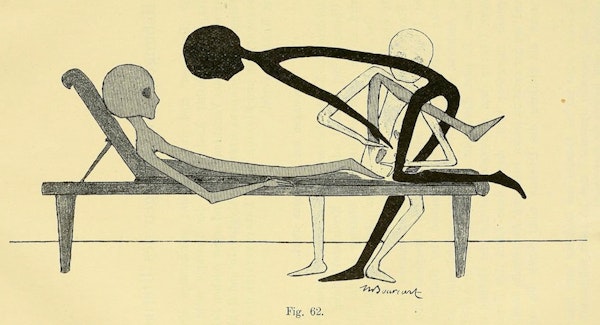