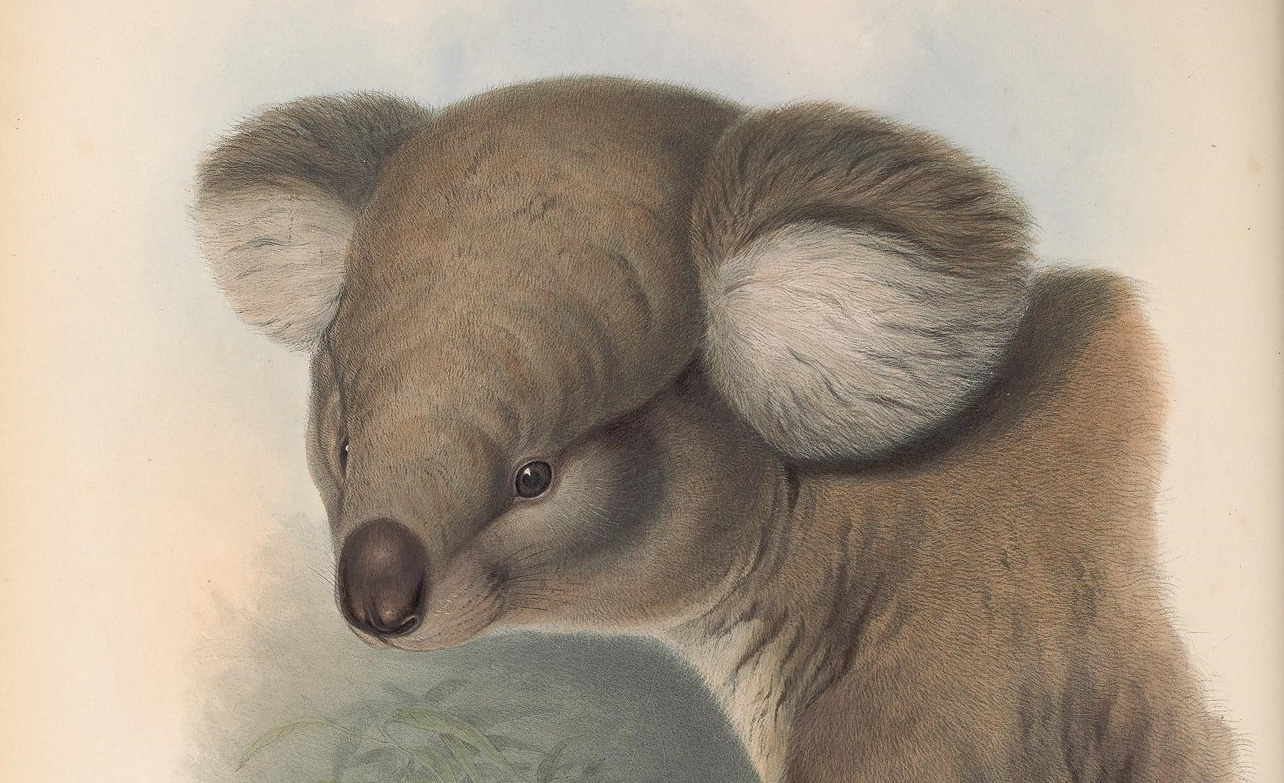 In 1838, the English ornithologist John Gould set sail for Australia with his wife, the artist Elizabeth Gould. The previous year John had examined the bird specimens Charles Darwin brought back from the second voyage of the Beagle, bringing his deep knowledge and patient attention to bear on the unfamiliar bodies of mockingbirds and finches from South America and the Galápagos. His discovery that what Darwin had believed to be blackbirds and “gross-bills” were in fact finches would turn out to be integral to the theory of evolution.

The purpose of the Goulds’ two-year sojourn in Australia was specifically to study birds. John had earned his reputation as an ornithologist through the publication of A Century of Birds from the Himalaya Mountains and a five-volume Birds of Europe, both illustrated by Elizabeth (with a few plates in the latter book by Edward Lear). By traveling in Australia, he hoped at once to widen the world’s knowledge of birdlife and complete a magnum opus. In the event, however, the non-bird animal life he found too fascinating not to chronicle. In addition to his seven-volume Birds of Australia, he also published A Monograph of the Macropodidae, or Family of Kangaroos and the three-volume Mammals of Australia.

The gorgeous lithographs included in The Mammals of Australia were made by H. C. Richter, based on drawings done by both Elizabeth and John during their time on the continent. These indelible images — of the platypus, the sugar glider, and the Tasmanian tiger, among others — introduced countless nineteenth-century readers to the existence of these extraordinary creatures. They continued to be reproduced in books and as posters today.

As we now realize, thanks in part to the work of naturalists like the Goulds, Australia’s unique fauna is as fragile as it is unique. The existence of the egg-laying mammals called monotremes, such as the platypus, and marsupials such as the kangaroo, is due to the geographical isolation of Australia which occurred about ninety-nine million years ago. At that time, according to the fossil record, a number of monotremes and marsupials dwelled on other landmasses — but almost all of these species, apart from the American opossums, died out long ago. Only in Oceania, separated from the rest of the world by many miles of ocean, were these unusual animals able to thrive.

These animals are currently more threatened than ever. When the first humans came to Australia more than 40,000 years ago, their hunting and modification of the landscape appears to have driven some species, including the giant bird called genyornis, to extinction. The practices of European settlers, who first arrived in large numbers in the eighteenth century, indisputably led to the extinction of at least fifty-four more species and the endangerment of many others. At present, the fires devastating Australia imperil more than 100 species of animals and plants. So far twenty-nine people and more than one billion animals have been killed in this calamity, whose far-reaching consequences are impossible to imagine.

You can browse our selection of images from The Mammals of Australia below. You can find more information on how to help some of these mammals today here.