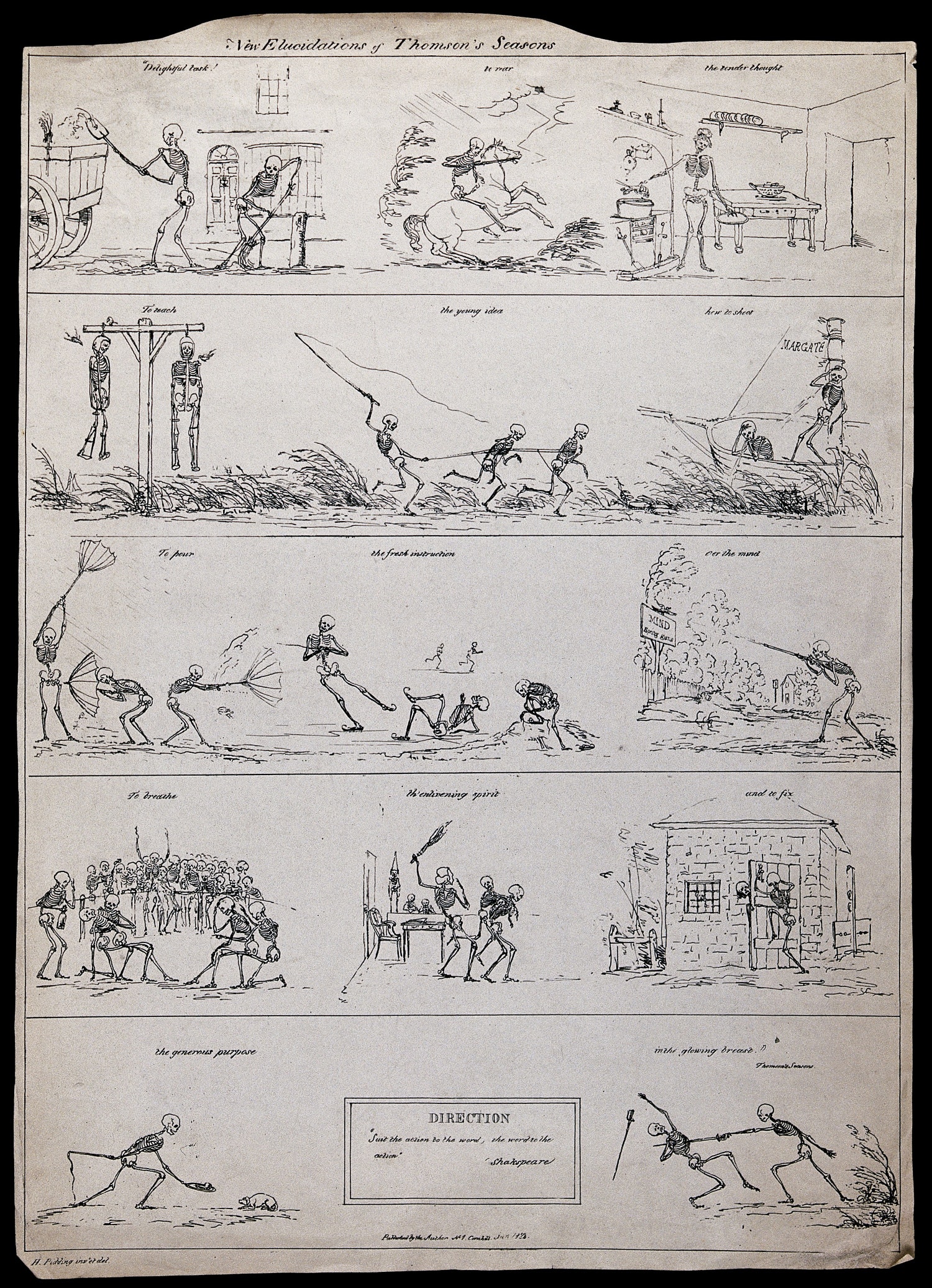 "The Seasons" is a series of four poems written by the Scotsman James Thomson, the first part, Winter, appearing in 1726, and the last, Autumn, in 1730. The poem proved influential across the arts, inspiring musical compositions by both John Christopher Smith and Joseph Haydn, as well as visually in works by Thomas Gainsborough and J. M. W. Turner. One of the lesser known artworks to spring from Thomson's cycle is this light-hearted effort from the pen of Henry James Pidding, a London-based artist specialising in humorous works. For this offering he has taken literal direction from a Shakespeare quote ("suit the action to the word, the word to the action", from Hamlet), and illustrated, portion by portion, a celebrated passage from Thomson's poem Spring, doing his best to twist Thomson's intended meaning whenever he can.

Delightful Task! to rear the tender Thought,
To teach the young Idea how to shoot,
To pour the fresh Instruction o'er the Mind,
To breathe th' enlivening spirit, and to fix
The generous Purpose in the glowing Breast.

Much of the humour lies in these double meanings, and how they lead often to the pairing of mundane happenings such as cleaning streets with Thomson's bombastic sentiment. There is also a certain darkness to many of the scenes, all exaggerated by the skeleton protagonists who are symbolically at odds to the themes of growth and inspiration to which the lines are dedicated.