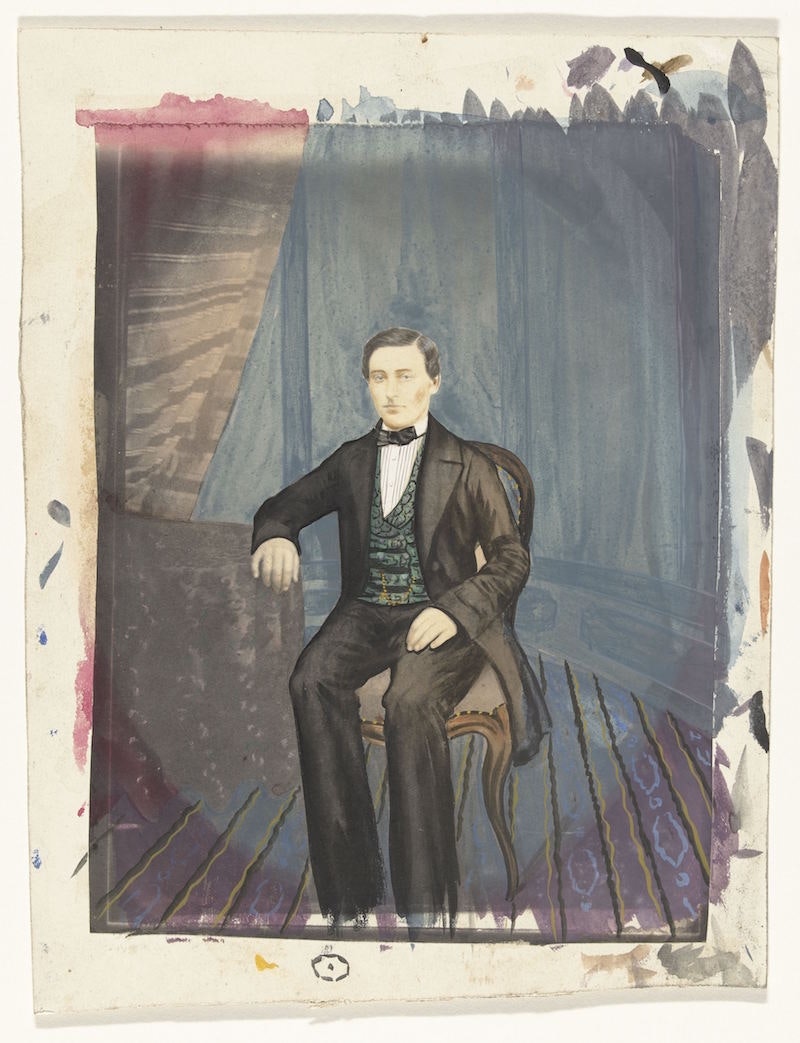 In 1839, Louis-Jacques-Mandé Daguerre announced that he'd developed a way of making a lasting image using, not the artist's brush or pen, but the rays of the sun. And so the revolutionary art of photography was born. It would be some decades though before colour could be captured, and so, with demand for colourful images high, photographic studios soon began to hand-colour their monochrome prints. Only three years after Daguerre’s announcement, came the first American patent for hand-colouring daguerreotypes, with a second patent following soon after. There were two ways to steer a photograph from its monochrome existence into the world of colour: hand tinting, which involved subtley painting the image so that it was still identifiable as a photograph, and "over-painting", painting over a photograph so completely so as to entirely obscure its technological origins. The wonderful example featured above, found in the collection of the Rijksmuseum and of unknown provenance, is unusual in that it seems to be neither of these. The bold, almost Van Gogh-esque, application of the paint seems to imply a desire to pass the image off as a painting, but there are sections of the photograph left entirely untouched. It could, of course, be that the job simply, for whatever reason, went unfinished. Though it is perhaps nice to think that this hybrid effect was deliberate — a conscious reflection of a radical period in art history, where the centuries old tradition of painting was meeting a quite different method of capturing a moment in time. 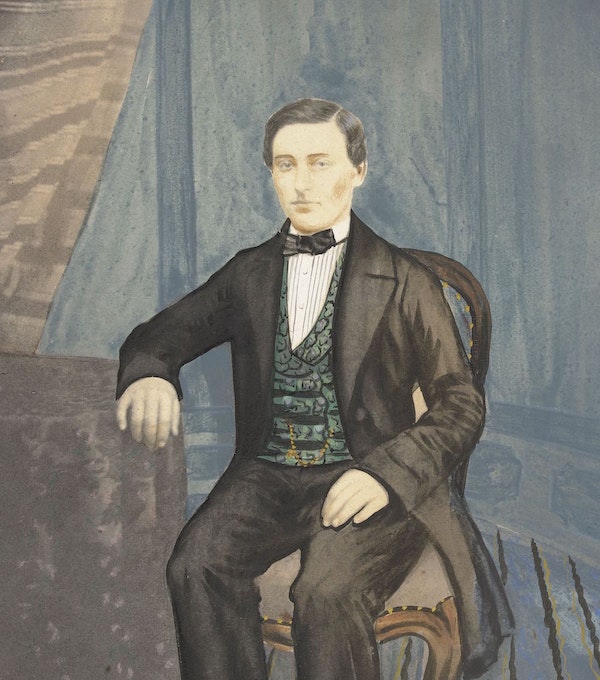