Plants and Their Application to Ornament (1896) 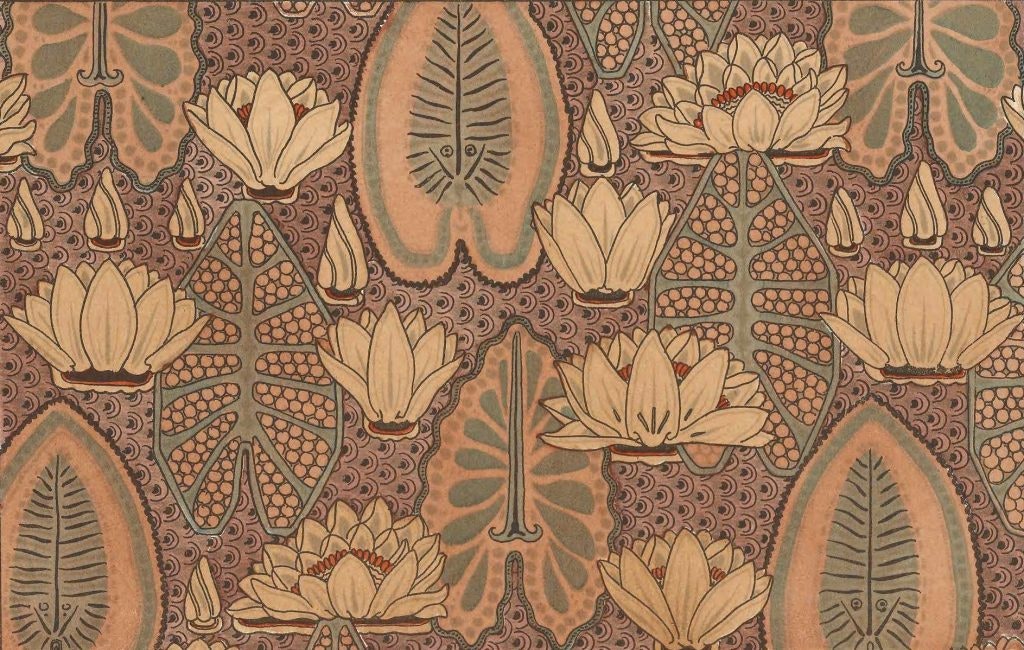 In addition to being one of the most in-demand graphic artists of the late nineteenth century, the Franco-Swiss decorative artist Eugène Grasset was also a teacher and theorist. After years of expounding his influential theories at various art and design schools of Paris, in 1896 he published his Plants and Their Application to Ornament, a wonderful pictorial summation of his key idea concerning the use of natural forms as the basis for developing decorative motifs.

An artisan is above all one who has learnt the nature of the vehicle he works in. The next step in his education is the study of natural forms: the step after that is to study and understand the limitations imposed by art principles upon these natural forms when he comes to employ them pictorially or in ornamentation. The draughtsman who fails to apprehend the laws which tell him when to go forward and when to use restraint in representing the object as he sees it, is as great a blunderer as he who mis-draws a tree branch or the features and limbs of his model, or he who confuses his perspective. The art of drawing is not the art of observing forms and objects alone, it is not mere mimicry of these objects; it is the art of knowing how far and wherein, and with what just limitations, those forms and objects can be reproduced in a picture, or in a decorative work.

The book is structured around a visual analysis of twenty-four common plant forms. For each Grasset offers a naturalistic study (albeit in his pared down style) followed by two plates depicting progressively more abstracted adaptations of the plant's form in decorative designs, as well showing them in the context of their potential use, from stained glass to furniture to vases to lace. The stunning images were executed in colour lithography which required several runs through the printing press, one for each colour, to carefully build the final multicolor print. Although Grasset's name is in lights, the drawings and lithographs were actually executed by his students, including several by Maurice Pillard Verneuil (1869-1942), who himself went on to publish his own influential ornamental pattern books.

The debt owed to William Morris, who died the year Grasset published the work, is clear — but in Grasset's patterns we see an even further abstraction, an approach that would prove a huge influence on the emerging Art Nouveau movement of the time.

The images we are featuring in this post are from a scan at the Internet Archive (from Smithsonian Books) though be warned it is missing a few plates. A complete copy can be seen at the Bibliothèque nationale de France, but we are not featuring them here because they've sadly put restrictions on re-use.