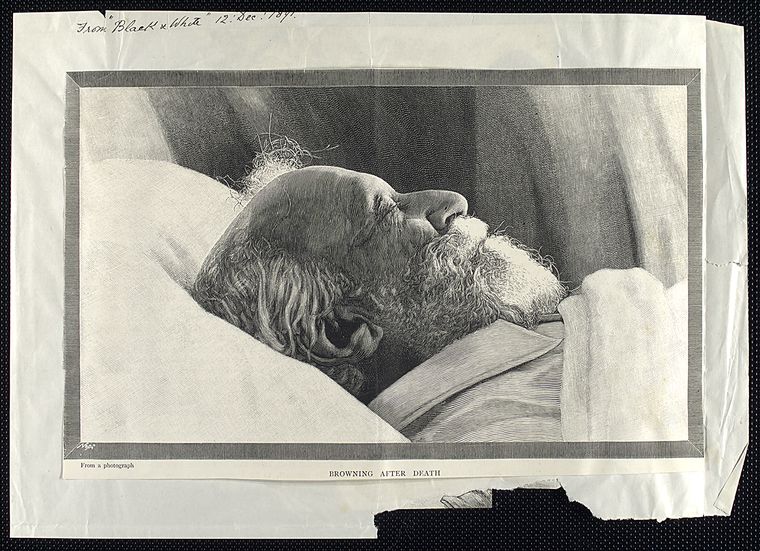 The voice of great English poet, Robert Browning (1812 - 1889) recorded while at a dinner party given by Browning's friend the artist Rudolf Lehmann, on April 7th, 1889. The sales manager of Edison Talking machine, Colonel Gouraud, had brought with him a phonograph to show the guests and to record their voices. Browning, though reluctant at first, eventually gives in and begins to recite his poem 'How They Brought the Good News from Ghent to Aix'. Unfortunately, he "cannot remember me own verses" and gives up going on to expressing how he certainly won't forget though this "wonderful invention". He was to die just under 8 months later. When the recording was played in 1890 on the anniversary of his death, at a gathering of his admirers, it was said to be the first time anyone's voice "had been heard from beyond the grave."

I'm terribly sorry but I can't remember me own verses,
but one thing that I shall remember all me life is the astonishing [inaudible] by your wonderful invention.