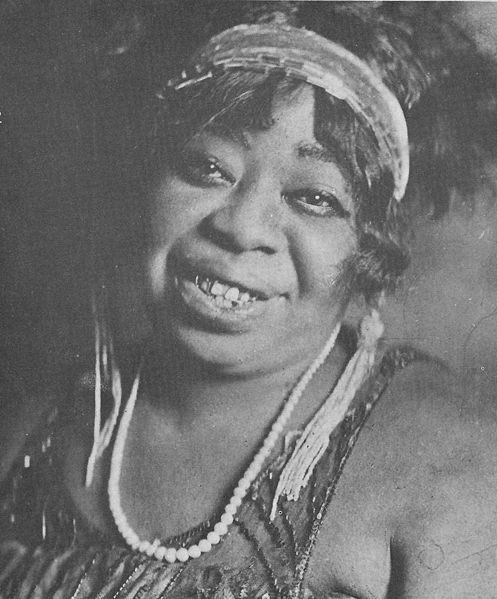 Ma Rainey (1886–1939) was one of the earliest known American professional blues singers and one of the first generation of such singers to record. She was billed as The Mother of the Blues. She began performing at the age of 12 or 14, and recorded under the name Ma Rainey after she and Will Rainey were married in 1904. They toured with F.S. Wolcott’s Rabbit Foot Minstrels and later formed their own group called Rainey and Rainey, Assassinators of the Blues. From the time of her first recording in 1923 to five years later, Ma Rainey made over 100 recordings. Some of them include, Bo-weevil Blues (1923), Moonshine Blues (1923), See See Rider (1924), Black Bottom (1927), and Soon This Morning (1927). (Wikipedia)