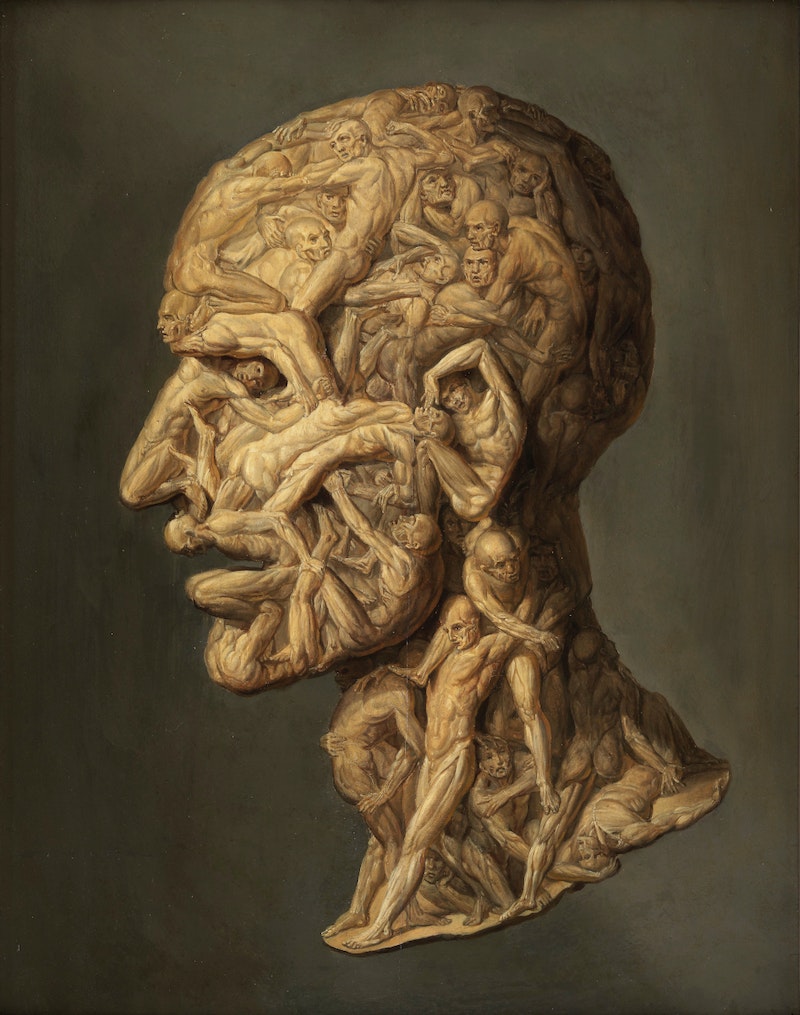 Of all the objects of daily sixteenth-century life — fruit, flora, fish and more — from which the Italian painter Giuseppe Arcimboldo made faces appear, the human body itself was not seemingly among them. The Pompidou houses a pair of late Rennaisance works in which the heads of Adam and Eve are formed from a wriggle of youths, but it is attributed to Arcimboldo's studio rather than the master himself. It’s not until Arcimboldo-esque works of the nineteenth century that we see the human figure used frequently in composite heads, and perhaps nowhere so strikingly as in fellow Italian artist Filippo Balbi’s Testa Anatomica (1854). If the tussle of youthful bodies that form the Pompidou’s Edenic duo points somehow to an innocence lost, in Balbi’s tortuous arrangement of older figures we can see, perhaps, the mortal effects of the Fall bear fruit. While these strained, almost écorché figures could be seen as the best vehicle to display anatomy, they might also writhe with the feelings of a man, soon to be fifty, entering the latter half of life. It’s an interpretation that emerges more forcefully after viewing Balbi’s self-portrait from some twenty years later — the artist posing, grey beard to his breast, with Testa Anatomica to one side and to the other a skull. 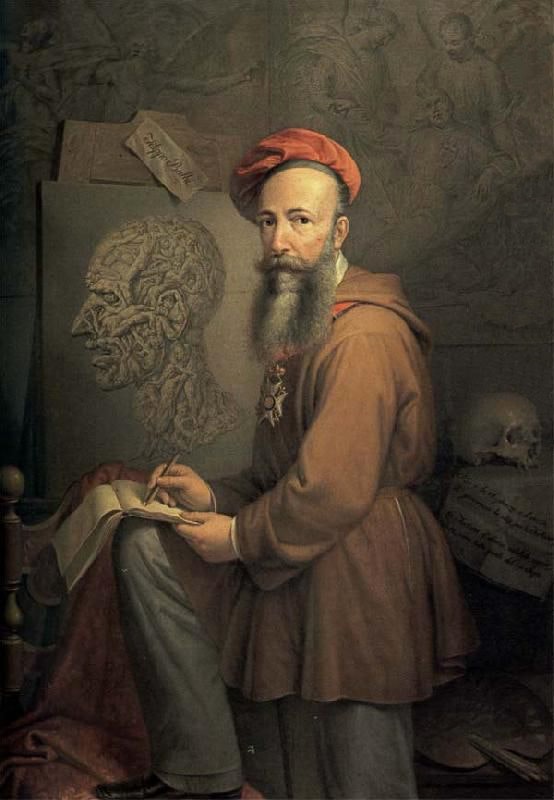 You can see more Arcimboldo-inspired portraits in our survey of faces made from landscapes, and a wonderful series of aquatint prints (ca. 1800) depicting composite heads for popular professions comprised entirely from the tools of their trades.