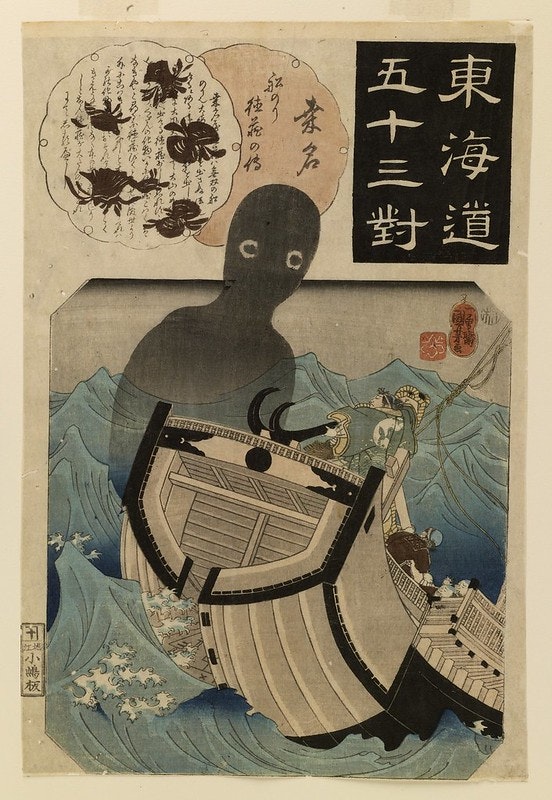 This ukiyo-e woodblock print, by the late Edo period artist Utagawa Kuniyoshi (1798-1861), illustrates a story involving the "Sea Monk" or Umibōzu, a spirit in Japanese folklore. The ocean dwelling spirit — so called because of his smooth monk-like round head — is said to capsize the ship of anyone who dares speak to it. The specific tale illustrated in Kuniyoshi's woodblock tells of a sailor Kawanaya Tokuzo who, despite it being considered unlucky in the world of seafaring, decides to go to sea on the last day of the year. A terrible storm breaks out, and the giant figure of the Umibōzu appears. Against the roar of the waves the apparition asks, "Name the most horrible thing you know!" Tokuzo yells in reply, "My profession is the most horrible thing I know!" The answer apparently satisfies the monster as he then disappears along with the storm.