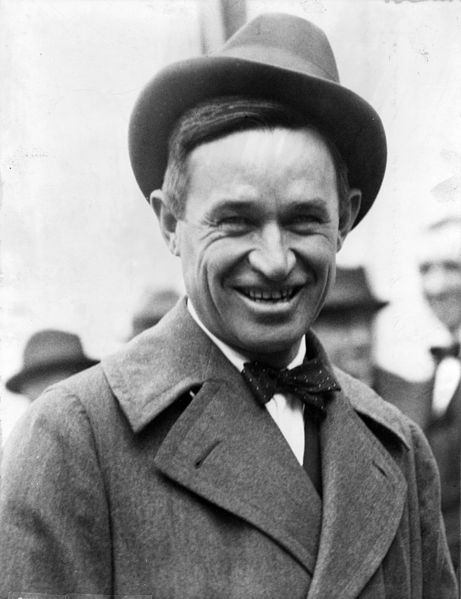 William Penn Adair "Will" Rogers (1879–1935) was an American cowboy, vaudeville performer, humorist, social commentator and motion picture actor. He was one of the world's best-known celebrities of the interwar period and by the mid-30s was internationally known as a leading political wit and top-paid Hollywood movie star. At the peak of his success, in 1935, he died when a small airplane he was travelling in crashed in Alaska. He joked about his own early death:

When I die, my epitaph, or whatever you call those signs on gravestones, is going to read: "I joked about every prominent man of my time, but I never met a man I dident like." I am so proud of that, I can hardly wait to die so it can be carved.

In this recording Rogers turns his satirical wit to the world of bankers. (Wikipedia)