As well as being poet laureate for 30 years and a prolific writer of letters, Robert Southey was an avid recorder of his dreams. W.A. Speck, author of Robert Southey: Entire Man of Letters, explores the poet's dream diary and the importance of dreams in his work. 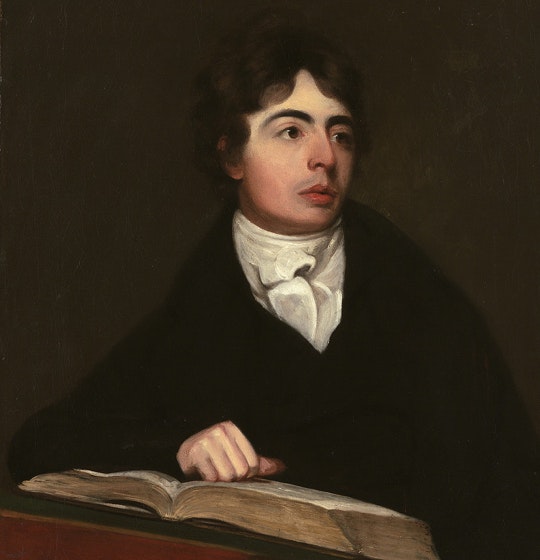 Robert Southey (1774 – 1843), the poet laureate, biographer, historian and, in Byron’s words, ‘entire man of letters’ used a note book to record many of his dreams. A celebrated line in his verse was ‘my days among the dead are past’, referring to the works by authors who had died, many of them centuries ago, which lined the walls of Greta Hall, Southey’s home in Keswick. An analysis of his dreams demonstrates that his nights were passed among them too, since a disproportionate number of those which he recorded dealt with the dead. Deceased relatives and friends frequently visited him in them. He also encountered dead authors, as in the dream he had on 7 January 1805. ‘I was supping at Garrick’s house, and seated at his left hand, at the top of the table; my memory had made up his face accurately; he got upon the table, and spoke an epilogue of his own writing in the character of a cook –maid, and promised, at Mrs Garrick’s desire, to recite a serious poem afterwards, that I might hear him’. In another dream he was ‘at Swift’s house in Dublin, where he was living with two sisters’. And in another he met Matthew Lewis, the author of a sensational Gothic novel, The Monk. ‘Monk Lewis’ had been a contemporary of Southey’s at Westminster school, though he confessed that he never ‘had any affection for the man.’ This, however, did not prevent him contributing to a volume edited by Lewis, Tales of Wonder. Southey’s contribution consisted of six poems, all of which contained Gothic elements, including dreams. Thus ‘Bishop Bruno’ wakes from a recurrent dream that he had rung his own death knell, only to discover that it was prophetic. ‘Lord William’ drowns young Edmund, his deceased elder brother’s son, to claim the house of Erlingford, only to find that

In vain at midnight’s silent hour

In every dream the murderer saw

What the Painter so earnestly thought on by day

He sometimes would dream of by night.

Southey himself strongly believed that waking thoughts led on to dreams. It led him to organise his days so that he did not work on one topic all day but switched from one to another, from composing poems to reviewing books to writing letters. This routine was not only economical in its use of time but was ‘also essential to the preservation of my health; for, by long experience, I know that whenever my attention is devoted to one object my sleep is disturbed by perplexing dreams concerning it. The remedy is easy; I do one thing in the morning, another in the evening – I never dream of either’.

This routine was not foolproof, however, for his dream book records that what had occupied his mind during the day often inspired dreams that same night. The entry for 4 December 1821, for instance, describes a dream in which ‘Palmerin of England gave me Arcalaus, the enchanter, in the shape of an egg, the enchanter having taken that form, and bade me deliver it to Urganda. Urganda took the egg, and said her husband should eat it for his supper’. Southey then added to his account that his daughter ‘Isabel had been reading Amadis and Palmerin, and talking to me a great deal about both; hence this jumbled dream.’ 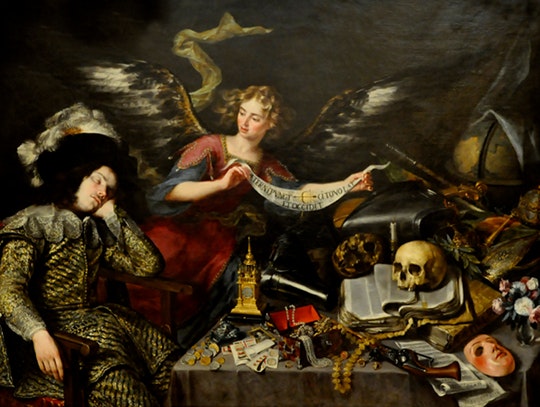 Southey did not record all his dreams in the book by any means, he selected only those which he considered to be significant. As we have seen his poetry also alluded to dreamers and dreaming. The best source, however, for his reflections on his dreams is his 7000 or so extant letters. Unfortunately few of these have been published in reliable scholarly editions, most being scattered throughout repositories in Britain and North America. However, under the general editorship of Lynda Pratt, Tim Fulford and Ian Packer these are now being published electronically as The Collected Letters of Robert Southey. When the edition is complete it will be possible to trawl through it, for being on line the letters can be searched, for example for dreams. A search for ‘dream’, ‘dreamer’ and ‘dreaming’ brought up several passages in Southey’s correspondence in which dreams are mentioned. Some show the same morbid interest in death and ghosts that his dream book documents. Thus on 20 October 1793 he wrote to Horace Walpole Bedford:

I’ll betake me to bed & look sharp for a dream.

God of dreams hear my prayer

To my pillow repair

Around my wild brain

And give me a dream I may write

Round my sleeping head repair.

The ghost slow rising from the tomb

Three weeks later, in mid November, he wrote to Horace’s brother, his old school friend Grosvenor Charles Bedford: ‘I am going to bed … to dream of you & heaven & happiness unless the demon of dismal dreams pops up under my pillow & harrows up my heart with some of his chimeras – oh if life were all one agreeable dream – or rather if death were – would there be a crime in taking laudanum as an opiate? Good night.'

W. A. Speck is author of Robert Southey: Entire Man of Letters (Yale University Press, 2006) and 'His nights amont the dead were passed: Robert Southey's dreams' in Robert Southey and the Contexts of English Romanticism edited by Lynda Pratt (Ashgate, 2006).