In 1890, Henry Adams - the historian, academic, journalist, and descendent of two US presidents - set out on a tour of the South Pacific. After befriending the family of "the last Queen of Tahiti," he became inspired to write what is considered to be the first history of the island. Through Adams' letters, Ray Davis explores the story of the book's creation. 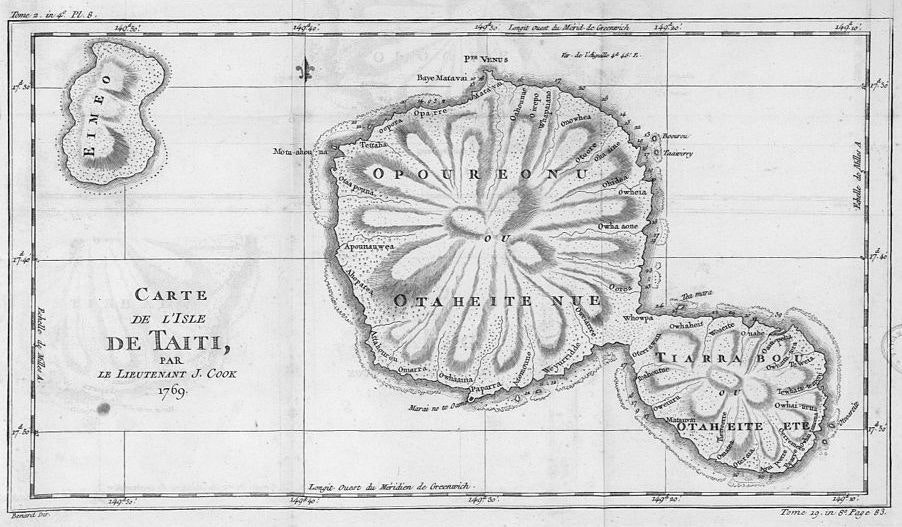 The book variously titled in its two small self-published editions Tahiti, Memoirs of Marau Taaroa, or Memoirs of Arii Taimai was a collaboration between the American historian Henry Adams and two Queens of Tahiti: Arii Taimai (positioned as the first-person narrator of the work) and her daughter, Marau Taaroa.

After his wife's suicide in December 1885, Adams lost himself in the massive job of finishing his history of the Jefferson and Madison administrations. After it was done, he came close to losing himself in nothing at all. In 1890, he set out with a friend, the fashionable painter John La Farge, for an indefinite voyage into the Pacific. His purported list of goals included tracking down and sampling the legendary durian fruit, following his friend Clarence King's example and falling madly in lust with exotic native girls, and attaining Enlightenment.

Predictably, all these pseudo-hopes were frustrated: the durian was a "shameful disgrace to humanity" (although the mango and mangosteen comforted), and intellectual bemusement ran stronger than either bodily or spiritual lust. But the unspoken purpose -- to somehow re-learn survival -- was gained: Adams started the trip in an almost catatonic depression and ended it sparkling with bitches and moans in high pissant form. 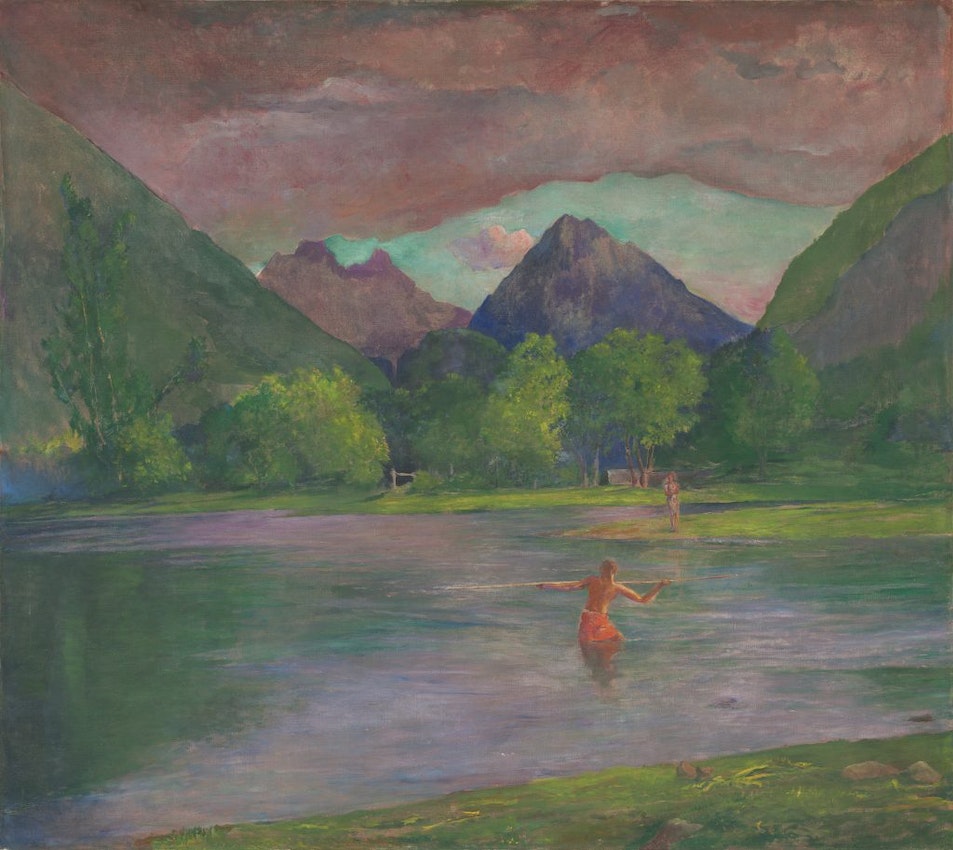 During the travellers' five months in Tahiti, Adams grew bored with passive tourism:

Lovely as it is, it gets on my nerves at last -- this eternal charm of middle-aged melancholy. If I could only paint it, or express it in poetry or prose, or do anything with it, or even shake it out of its exasperating repose, the feeling would be a pleasant one, and I should fall in love with the very wrinkles of my venerable and spiritual Taïtian grandmother; but when one has nothing else to look at, one rebels at being forever smiled upon by a grandmother whose complexion is absolutely divine, and whose attitude indicates the highest breeding, while she suggests no end of charm of conversation, yet refuses to do anything but smile in a sort of sad way that may mean much or mean nothing. Either she or I come near to being a fool.

After searching the coral reef for confirmation or refutation of Darwin, he became close friends with the family of "the last Queen of Tahiti," Marau Taaroa:

... she is greatly interested in Taïti history, poetry, legends and traditions, and as for ghost-stories, she tells them by the hour with evident belief.... She always seems to me to be quite capable of doing anything strange, out of abstraction; as she might mistake me for her small child, and sling me on her arm without noticing the difference, such as it is, in size.

... and especially attached to Arii Tamai, described in an early letter as "the hereditary chiefess of the Tevas, the grandest dame in Tahiti, the widow of Salmon, the London Jew." (The psychologically speculative might wonder whether Adams was attracted by the contrast between her warm-heartedness and the frankly cold aggression of his own family of faded nation-rulers.) On May 10, 1891, he wrote:

By way of excitement or something to talk about, I some time ago told old Marau that she ought to write memoirs, and if she would narrate her life to me, I would take notes and write it out, chapter by chapter. To our surprise, she took up the idea seriously, and we are to begin work today, assisted by the old chiefess mother, who will have to start us from Captain Cook's time. 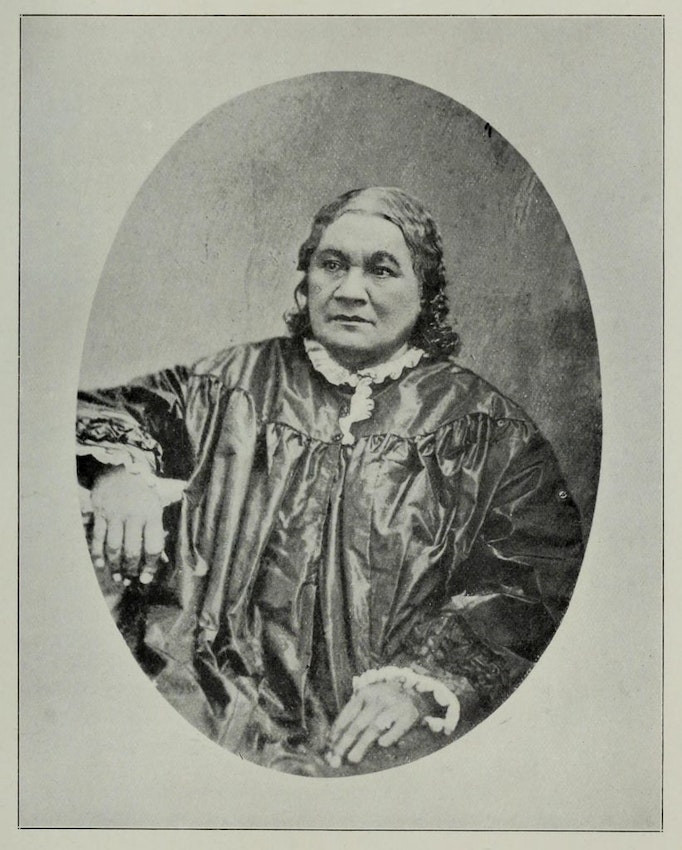 Portrait of Arii Taimai, the “Last Queen of Tahiti”, featured in Eastern Pacific Lands: Tahiti and the Marquesas Islands (1910) by F.W. Christian — Source.

And a week later:

Luckily I am rather amused and occupied. My "Memoirs of Marau, Queen of Tahiti" give me a sort of excuse for doing nothing. Whenever Marau comes to town, I get from her a lot of notes, which I understand very little, and she not much; then I write them out; then find they are all wrong; then dispute with her till she becomes energetic and goes as far as the next room to ask her mother. The dear old lady has been quite unwell. The other evening I was taken in to see her, and found her sitting on her mat on an inner verandah. When I sat down beside her, she drew me to her and kissed me so affectionately that the tears stood in my eyes.... La Farge is not in love with her as I am; he takes more to Marau and the girls; but I think the Hinarii is worth them all.

At the beginning of June:

Marau is to go on with her memoirs, and send them to Washington. So she says, with her ferocious air of determination, half Tahitian and half Hebrew; and if she keeps her word, I shall have a little occupation which will amuse you too, for I have begged her to put in all the scandal she can, and the devil knows that she can put in plenty.

And on leaving Tahiti a few days later:

... we had a gay breakfast; but I cared much less for the gaiety than I did for the parting with the dear old lady, who kissed me on both cheeks -- after all, she is barely seventy, va! -- and made us a little speech, with such dignity and feeling, that though it was in native, and I did not understand a word of it, I quite broke down. I shall never see her again, but I have learned from her what the archaic woman was. If Marau only completes the memoirs, you will see; and I left Marau dead bent on doing it. 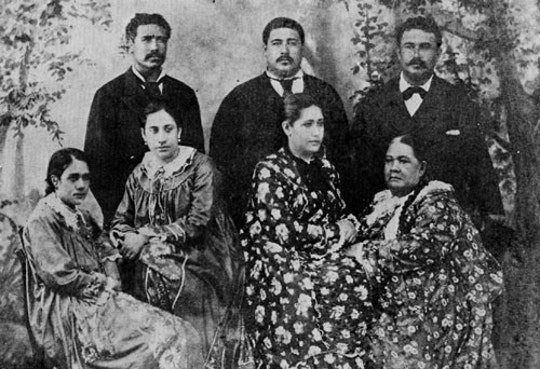 The work did continue after Adams's return to America - part of a letter from December 1892 survives in which Adams presses Marau at scholarly length on dozens of points of genealogy and geography - finally achieving what would be its final form in a privately printed edition of 1901. It's a decidedly odd form, certainly not the personal memoirs originally described: Marau shows up not at all, and the supposed narrator has turned into Arii Tamai. The mix of scholarly history, ethnographic reportage, and primary source material hasn't been worked into a organic voice or structure.

Given this, the book perhaps wouldn't make the best introduction to Henry Adams. But as the first history of Tahiti, written with the full support of the family at the center of the island's annexation as a French colony, and as an attempt to give full attention to both sides of the confrontation between "civilized" and "primitive" cultures, it deserves wider access than it's attained to date.

Ray Davis is an occasional essayist who publishes his own work at Pseudopodium and the work of others at The Bellona Times Repress.