The Curious World of Isaac D’Israeli

Marvin Spevack introduces the Curiosities of Literature, the epic cornucopia of essays on all things literary by Isaac D'Israeli: a scholar, man of letters and father of British Prime Minister Benjamin Disraeli. 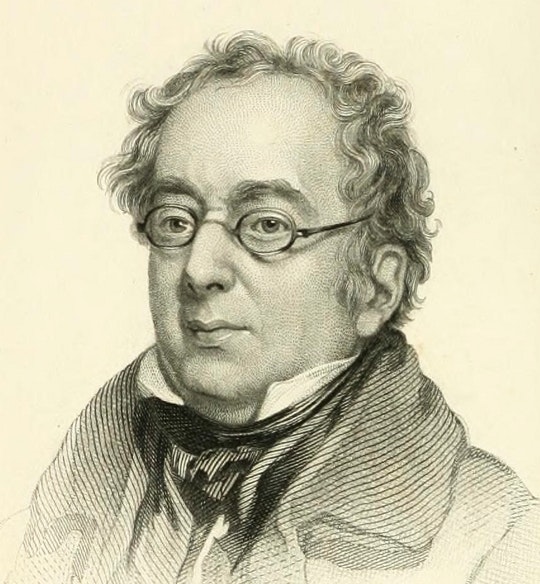 D'Israeli as he appears in the frontispiece to Vol.I of the 1880 Armstrong and Son edition of Curiosities of Literature - Source.

What may be most curious about Isaac D’Israeli’s Curiosities of Literature is the title itself. For D’Israeli curiosity was a blend of the original denotation, “investigation ... characterized by special care,” and that of his own day, “inquisitive, desirous of information,” as in his reference to the grammar in Johnson’s Dictionary as being “curiously illustrated by the notes and researches of modern editors” and his regarding his friend Francis Douce’s library as being “curious”. Suitably for D’Israeli, the man of letters, literature meant even more than just “literature generally, the humanities”; it meant knowledge in the widest sense, without formality and restriction.

A collection of essays, Curiosities of Literature - as the full title of the first edition of 1791 makes explicit, Consisting of Anecdotes, Characters, Sketches, and Observations, Literary, Critical, and Historical - has been rightly called “that library in miniature”. It is a library which evolved through a vigorously evolutionary process – a veritable sea change of selection, addition, omission, and revision – its fourteenth and last edition in 1849, a year after D’Israeli’s death, consisting of 276 essays (the version in the first three volumes of the six-volume standard edition of his works edited by his son Benjamin in 1881). That number may appear stable when measured against the 279 of the first edition, but it is by no means indicative of the flexibility of the process or the nature of the topics. Both are strikingly evident in the titles of some of the fifty essays from the “Literature and Criticism” section of the first edition which were excluded from later editions: “Tartarian Libraries,” “The Turks,” “The Law and the Prophets,” “Republic of Letters,” “Esdras,” “Aristotle,” “Gregory the Seventh,” “Fair-Sex having no Souls,” “Physicians write little on Professional Subjects,” “Guy Patin,” “Adam not the first Man,” “Saints carrying their Heads in their Hands,” “On the Adjective Pretty.” Among the twenty-seven “Historical Anecdotes” which dropped by the wayside are “Marriage Dispensations,” “English Ladies,” “Spanish Monks,” “The Virgin Mary,” “Protestants,” “Coffee,” Transubstantiation,” “America,” “Enchanted Tapestry,” “Great and Little Turk,” “The Body of Caesar.” 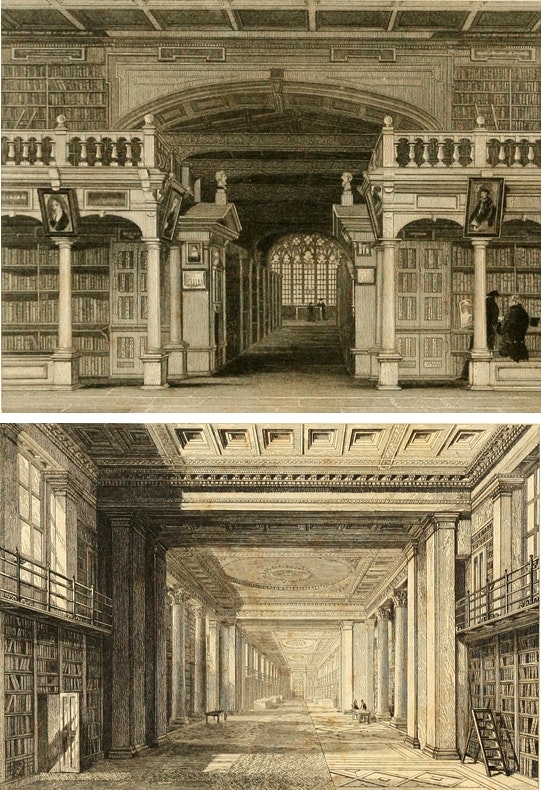 In a preface dated March 1839 D’Israeli described his ever-evolving work as a “voluminous miscellany, composed at various periods ... a circuit of multifarious knowledge [which] could not be traced were we to measure and count each step by some clinical pedometer.” It would, however, be a misjudgment to regard the miscellany as a jungle of whimsical impressions or fanciful thoughts. Rather, it is a man-made woodland landscaped, cultivated, and manicured by an urban if not urbane gentleman. D’Israeli derived most of his knowledge from books – the first essay is on “Libraries” – for he himself was unabashedly bookish and bibliophilic. But in the range and variety of its topics D’Israeli’s curious world was not hermetically sealed off from the world outside the library, else it would never have had so widespread a popularity over so long a period.

If Curiosities of Literature did not directly reflect contemporary social, political, and literary matters, or rely on current gossip or scandal, it did in any case deal with them as recognizable features and phenomena of human existence in recurring clusters unrestricted by time or place. As might be expected, the most prominent is that of literary personalities, productions, and attendant concerns. Of the numerous authors who are subjects of individual essays, although they are drawn from Roman times to the eighteenth century, none are contemporaries of D’Israeli and no particular genre is dominant. English authors receive their due share: Milton, Pope, Dr. Johnson, Ben Jonson, Shenstone, Prior, Spenser, Shakespeare, Butler, Richardson. But continental authors may receive even more individual attention. The French are well represented by Saint-Evremond, La Rochefoucault, Bayle, Scarron, Madeleine and Georges Scudéry, Corneille, among others; the Italians by Vida, Ariosto, Tasso, Dante, Politian. In addition, there are essays dealing with Martial, Cervantes, Aristotle, Plato, and Cicero. As may be inferred from these names and others, D’Israeli gives relatively much attention to what might be called marginal literary figures, many of whom are lesser known humanists, scholars, bibliophiles, bibliographers, antiquaries, men of letters, editors, or philosophers, such as Grotius, Magliabechi, Anthony à Wood, Marolles, Annius of Viterbo, Bodley, Camden, Costar, Fabroni, Hearne, Leland, Naudé, Bentley, Lenglet du Fresnoy, George Steevens, and Oldys. 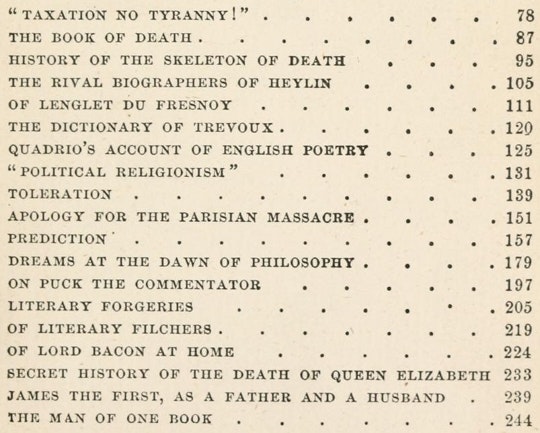 Detail from the contents page of Vol.IV of the 1881 Crowell edition of Curiosities of Literature - Source.

Along similar lines of extension is D’Israeli’s consideration of institutions and families deriving from or in the service of literature, such as “A Glance into the French Academy,” “An English Academy of Literature,” “The Port-Royal Society,” “The History of the Caracci,” as well as his inclination to give more detailed attention to clusters and genres than to single works, such as the essays “Spanish Poetry,” “Romances,” “The Early Drama,” “Poetical Imitations and Similarities,” “Extemporal Comedies,” “Diaries,” “Songs of the Trades,” “Parodies,” “Masques,” among others. While although countless works are cited, only relatively few are found in titles as subjects in themselves: among them “The Turkish Spy,” “Love and Folly,” “The Lover’s Heart,” “The Talmud,” and “Robinson Crusoe.” D’Israeli did not even neglect the fundamentals of such products of literature, as evident in such essays as “Origin of the Materials of Writing,” “Autographs,” “Minute Writing,” “Numerical Figures,” and “Literary Composition”; nor the features and mechanics of their production and dissemination, as in his essays “Early Printing” and “A Secret History of Authors Who Have Ruined Their Booksellers”. He was also interested in the elements of books, as in “Titles of Books,” “Dedications,” “Prefaces,” “Quotations,” “Indexes,” and “Errata,” as well as some of their concomitant practitioners and practices, as in “Patrons,” “Bibliomania,” “Abridgers,” “Imitators,” “Professors of Plagiarism and Obscurity,” “Of Literary Filchers,” “Literary Forgeries,” “Literary Impostures,” “Critics,” “Destruction of Books,” and “Licensers of the Press”. 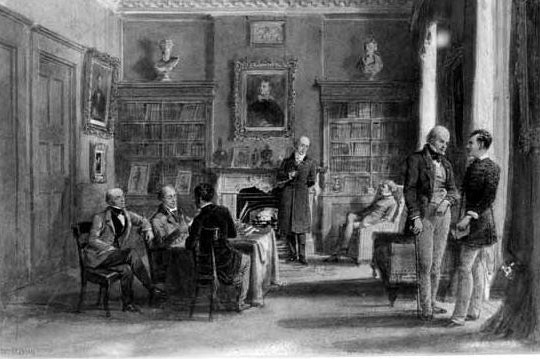 To the implicit historical dimension of the “literary” essays D’Israeli provided an explicit one as well, and, as was his wont, one not restricted to a particular time or country. English royalty was the primary subject. There are essays on “Charles the First,” “Duke of Buckingham,” “Edward the Fourth,” “The Death of Charles IX,” “Elizabeth and Her Parliament,” The Secret History of Charles the First, and His Queen Henrietta,” “The “Secret History of the Death of Queen Elizabeth,” “Buckingham’s Political Coquetry with the Puritans,” and “Secret History of Charles the First and His First Parliaments,” not to mention such accompanying concepts and practices as “Nobility,” “Monarchs,” “Royal Divinities,” “On Royal Promotion,” “Royal Proclamations,” “Political Religionism,” “Toleration,” and “Of Palaces Built by Ministers.” Beyond England, there are essays on “Popes,” “The Minister–The Cardinal Duke of Richelieu,” “Usurers in the Seventeenth Century,” “The Italian Historians,” “Apology for the Parisian Massacre,” “Secret History of an Elective Monarchy,” “The Sources of Secret History,”

and even “Of a History of Events Which Have Not Happened”.

A further dimension takes the form of a kind of wide-ranging cultural sociology which concentrates on manners and materials. “Feudal Customs,” “Spanish Etiquette,” “Female Beauty and Ornaments,” “The History of Gloves,” “Medical Music,” “Virginity,”“Modes of Salutation and Amicable Ceremonies in Various Nations,” “Fire and the Origin of Fireworks,” “Anecdotes of European Manners,” “On the Custom of Kissing Hands,” “Ancient Cookery and Cooks,” “Ancient and Modern Saturnalia,” “Drinking Customs in England,” “Introduction of Tea, Coffee, and Chocolate,” and “Psalm-Singing”. Socio-psychological touches are to be found in “Solitude,” “Anecdotes of Abstraction of Mind,” and “Cause and Pretext”.

The sheer sweep of subjects may be bewildering, their arrangement somewhat scattered. Still, there can be little doubt that there is something for every one in this tastefully conceived and cultivated library in miniature. And beyond the pleasure and information of this essay or the other is the panoramic view of a charmingly curious cultural landscape.

Marvin Spevack held a chair of English Philology at the University of Muenster. After producing essential works on Shakespeare - concordances, editions, and a thesaurus - he turned to literary figures of the nineteenth century with books on James Orchard Halliwell-Phillipps, Isaac D'israeli, Sidney Lee, and most recently Francis Turner Palgrave.