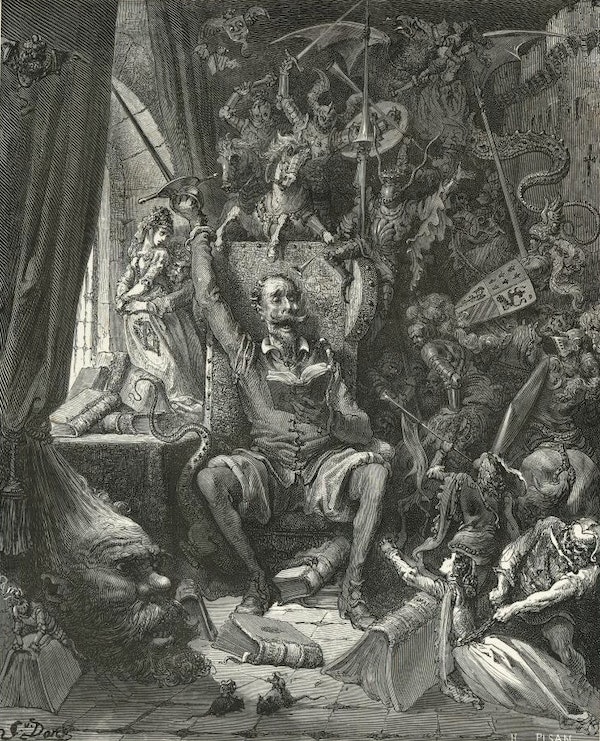 This year marks the 400th anniversary of the death of Miguel de Cervantes, author of one of the best-loved and most frequently illustrated books in the history of literature — Don Quixote. Rachel Schmidt explores how the varying approaches to illustrating the tale have reflected and impacted its reading through the centuries. more 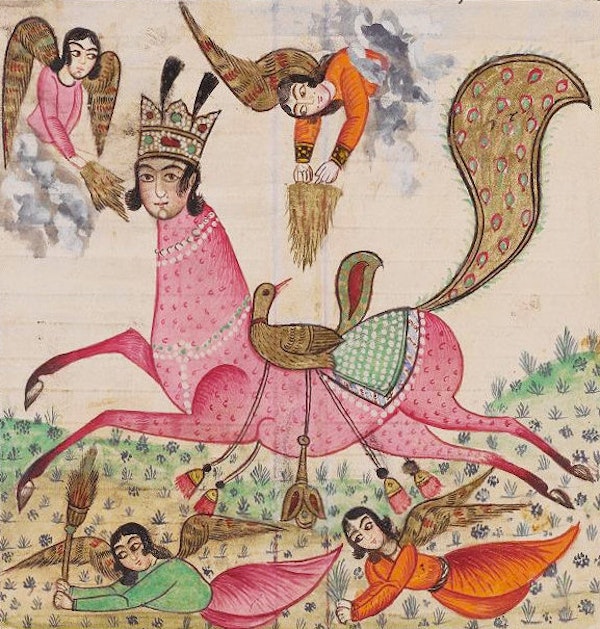 Out of Their Love They Made It: A Visual History of Buraq

Although mentioned only briefly in the Qur'an, the story of the Prophet Muhammad's night journey to heaven astride a winged horse called Buraq has long caught the imagination of artists. Yasmine Seale charts the many representations of this enigmatic steed, from early Islamic scripture to contemporary Delhi, and explores what such a figure can tell us about the nature of belief. more

Iconology of a Cardinal: Was Wolsey Really so Large?

Characterised as manipulative, power-hungry, and even an alter rex, Henry VIII's right-hand man Cardinal Thomas Wolsey has been typically depicted with a body mass to rival his political weight. Katherine Harvey asks if he was really the glutton of popular legend, and what such an image reveals about the link between the body, reputation, and power in Tudor England. more