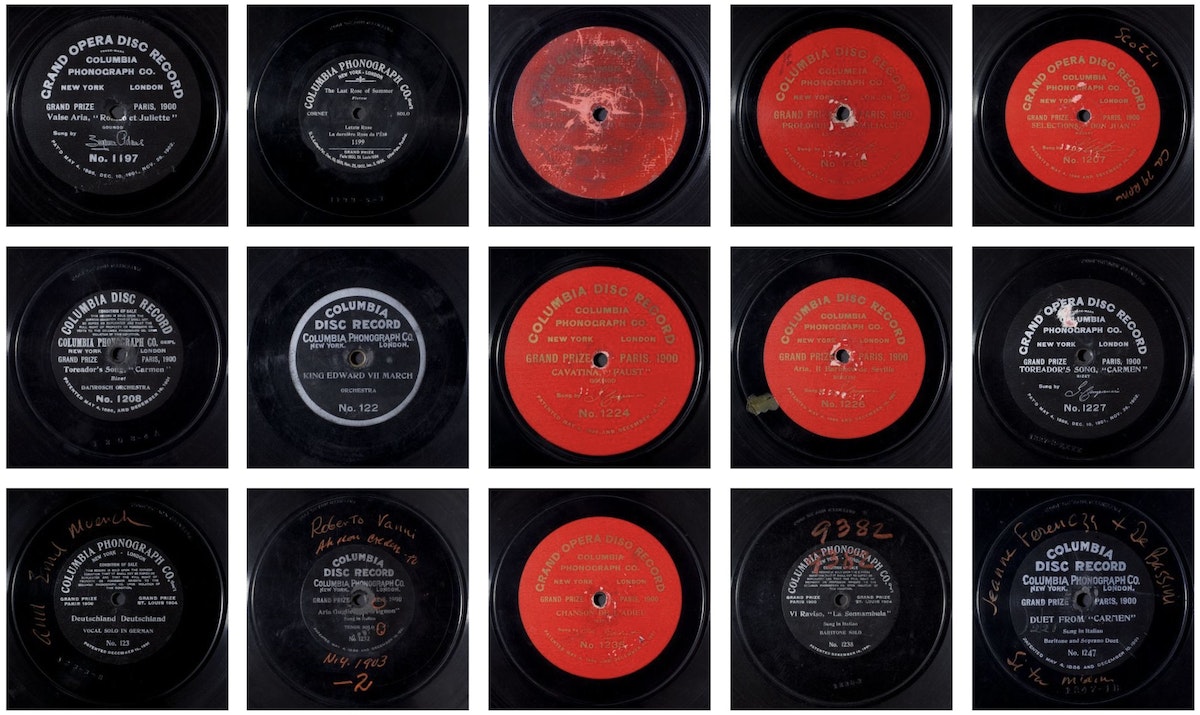 It’s a rare treat for copyright legislation to bring welcome news for those of us keen to see the preservation of the public domain. From the US’s Copyright Term Extension Act of 1998 to the EU’s Copyright Duration Directive of 1993, law-makers and lobbyists seem to ever succeed in attempts to increase (and complicate) copyright terms, long past the death of creators. However, the Music Modernization Act ("MMA"), passed by US Congress in 2018, happily bucks this trend. According to the act, all sound recordings prior to 1923 will have their copyrights expire in the US on January 1, 2022 — a huge and enriching addition to the public domain.

Prior to this act these recordings were not due to enter the public domain until 2067 (a gigantic 144 years or more after the work’s creation). This is because, until the 1970s, sound recordings were not protected by federal law (a copyright term of 95 years) but rather a messy mix of state, country, and city laws. Why the difference? When the Copyright Act of 1909 was passed sound recording was sufficiently nascent as to not be included — it was only the underlying “written” work (musical score, lyrics, script, etc.) that was covered, leaving recordings to the whims of other systems. Many local laws, in fact, ended up including recordings under common law which had ownership set to never expire. While the Sound Recordings Act of 1971 and the Copyright Act of 1976 remedied this situation for recordings made after February 14, 1972, older recordings were still left uncovered. But the MMA has changed this and recordings will soon come under federal law. Not only will all pre-1923 sound recordings enter the US public domain in 2022, recordings from 1923 will enter in 2023, those from 1924 in 2024, and so on, up to and including 2046. (Then, so as to make sure things aren’t too straightforward, we switch from 100 years to 110 years, meaning that under the current law we’d need to wait until 2057 before more recordings enter the public domain.)

So what does this change mean in practice? What delights will soon be free to download, remix, and reuse for any purpose without permission or payments? The period from the very earliest recordings of the 1860s to 1922 comprises a rich and varied playlist: experimental first dabblings, vaudeville, Broadway hits, ragtime, and the beginnings of popular jazz. Included will be the works of Scott Joplin, Thomas Edison’s experiments, the emotive warblings of Adelina Patti and the first recording of Swing Low, Sweet Chariot, to name just a few highlights. For more check out all the pre-1923 works featured in our very own Audio collection, this search for all pre-1923 recordings on Internet Archive, and the Library of Congress’ National Jukebox which includes more than 10,000 recordings made by the Victor Talking Machine Company between 1901 and 1925 (currently only streamable, but all the pre-1923 content will be downloadable come January). You should also check out the Library of Congress’ excellent Citizen DJ project which has plans to do something special with the pre-1923 recordings once they enter the public domain.

For more info on the MMA and new situation come January 1, 2022, see this page on Public Domain Information Project, and this page on the US Copyright website.

On January 20th, the Internet Archive and Creative Commons are hosting a Celebration of Sound, a free virtual event with a keynote from Senator Ron Wyden, champion of the Music Modernization Act and a host of musical acts, dancers, historians, librarians, academics, and activists.

Do also check out our advent-style countdown calendar for works entering the public domain in 2022 — not only in the US but other countries around the world!