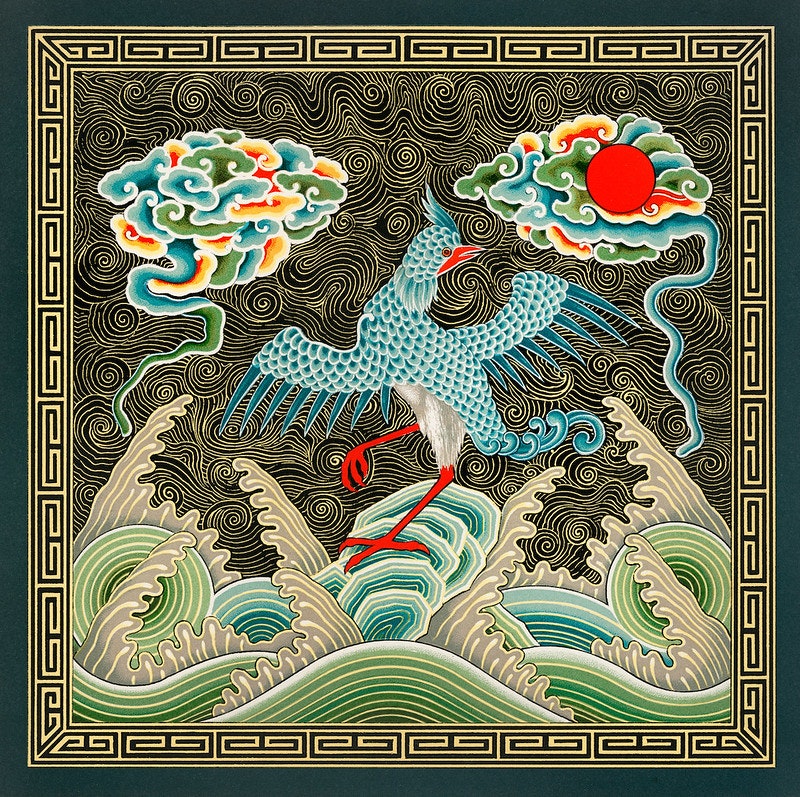 Albert-Charles-Auguste Racinet (1825–1893), himself an accomplished artist, is best known today for publishing two major pictorial works on the history of design — Le costume historique and L'Ornement polychrome — while engraver and artistic director at the Parisian publisher Firmin Didot et Cie. Published in ten instalments between 1869 and 1873, the first iteration of L'Ornement polychrome (Colour ornament) is a visual record in 100 plates of the decorative arts from antiquity to the eighteenth century. The work was such a huge success that in 1885–7 Racinet brought out a second series, this time of 120 plates, and updated to include designs of the nineteenth century as well. The imagery presented in both series is drawn from a wide array of various mediums, including woodwork, metalwork, architecture, textiles, painting, and pottery, and from cultures all over the world.

Although based on past masterpieces of design, the fantastic reproductions in L'Ornement polychrome, carried out by a number of skilled commercial artists of the day, can be considered works of art in their own right. Indeed, for Racinet, the purpose of such a compilation of past design excellence was not only to celebrate the masters of the past but also to inspire an improvement of decorative arts in his own day and age.

The images featured here come from an excellent set of scans by RawPixel from their own 1888 edition of the first series. You can also leaf through the work in book form (again the first series) over at the New York Public Library. 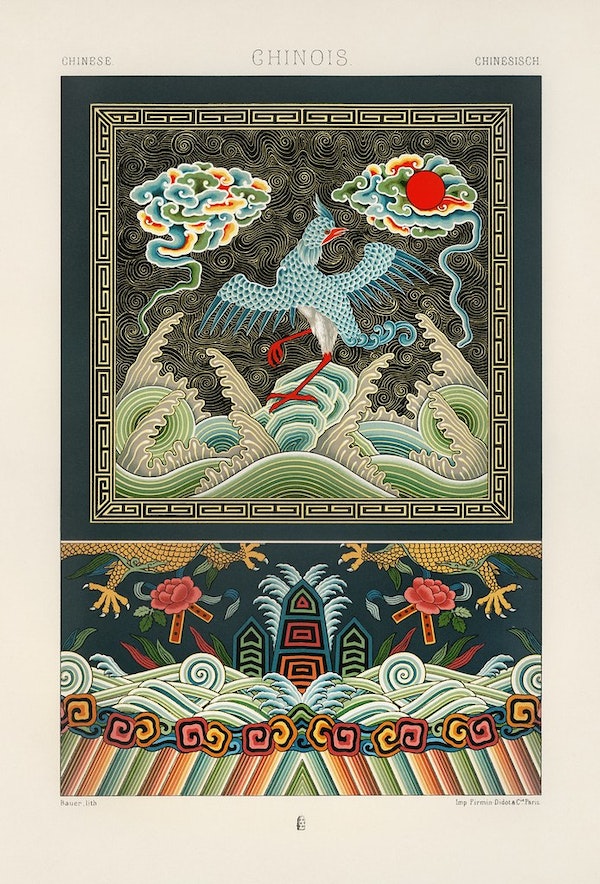 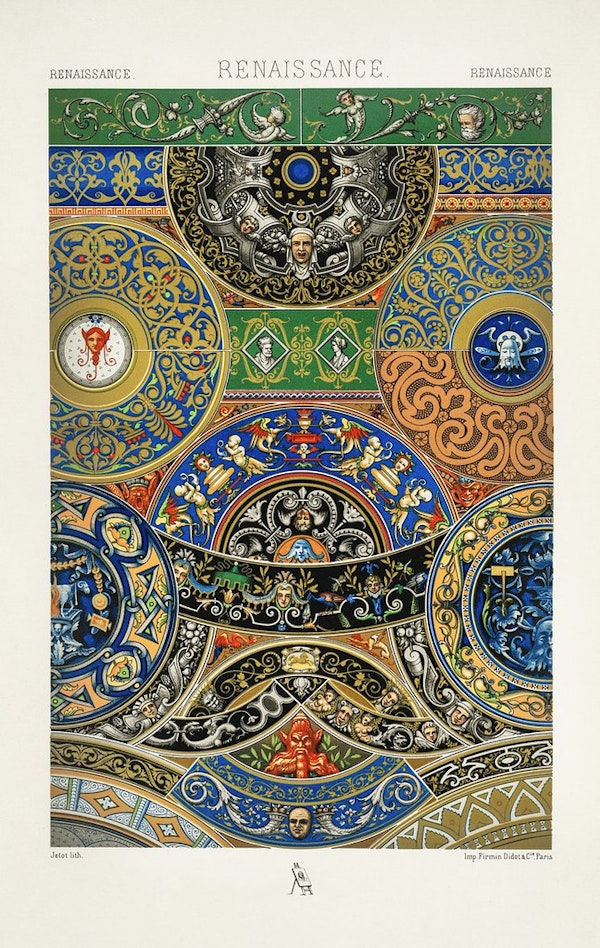 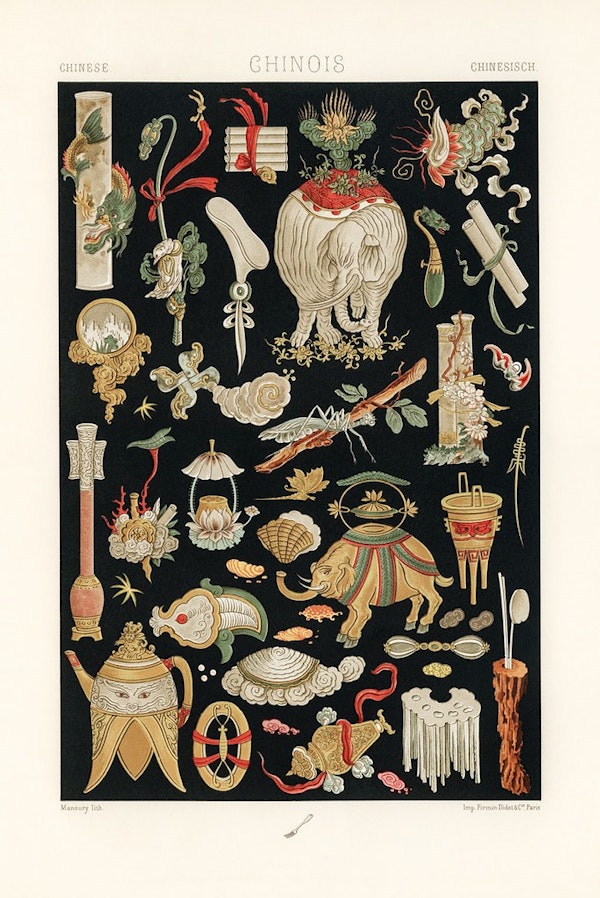 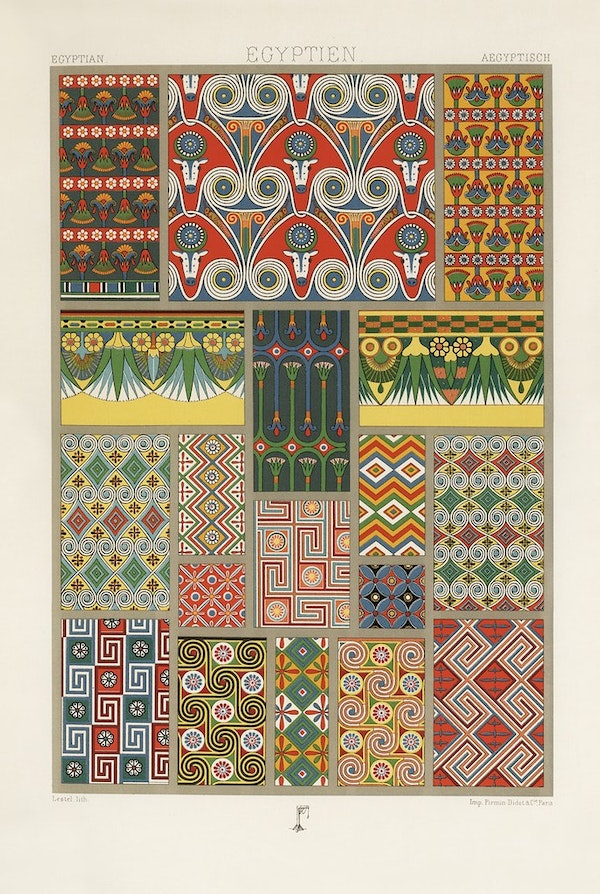 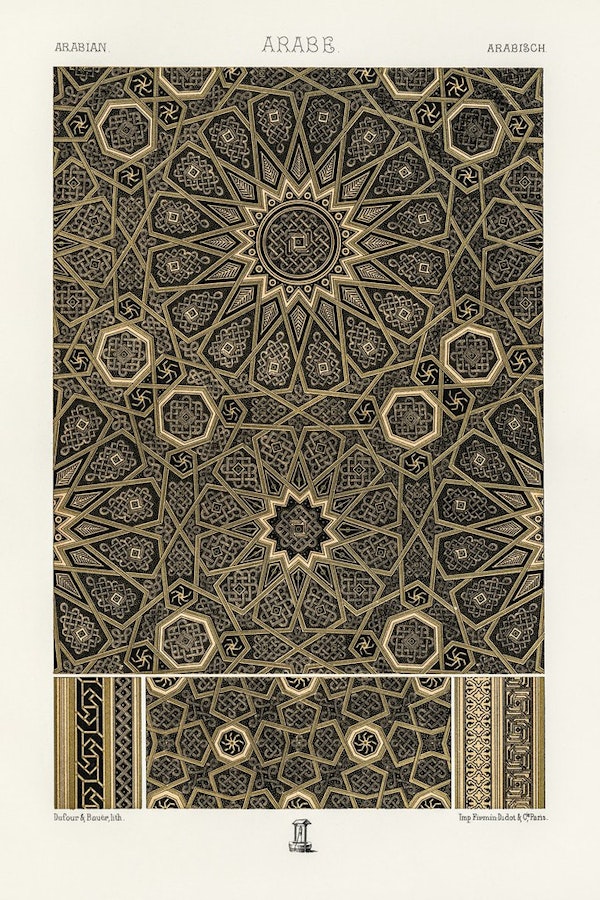 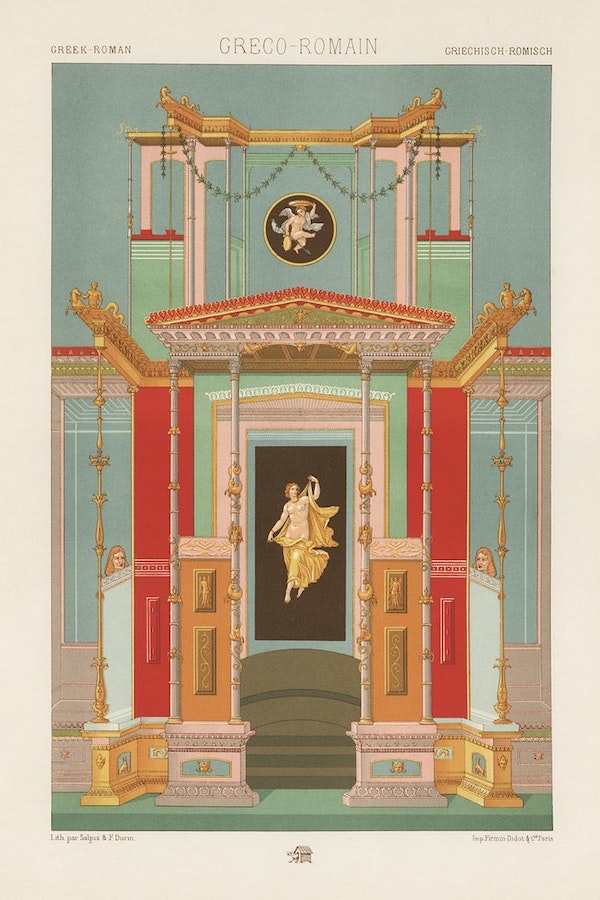 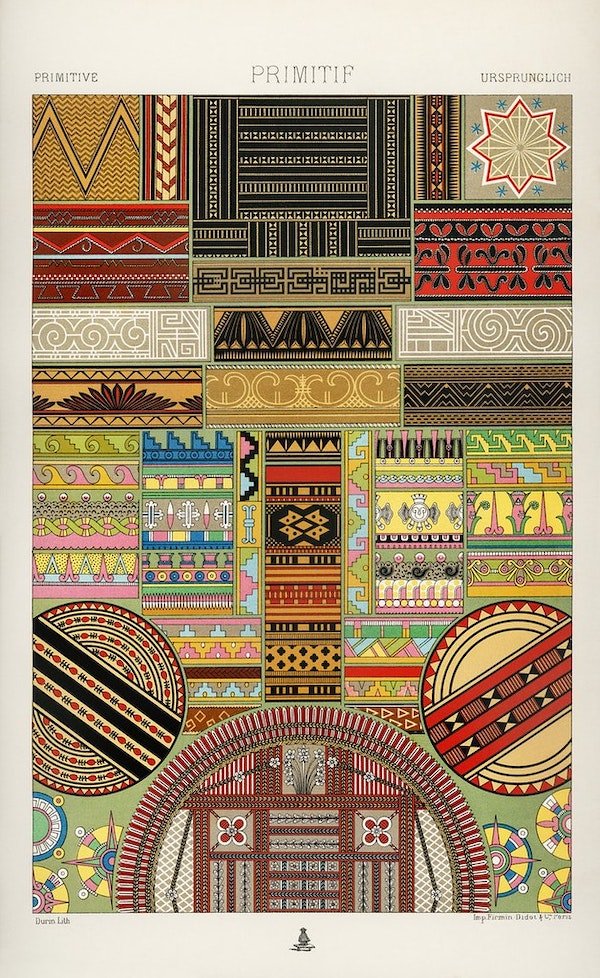 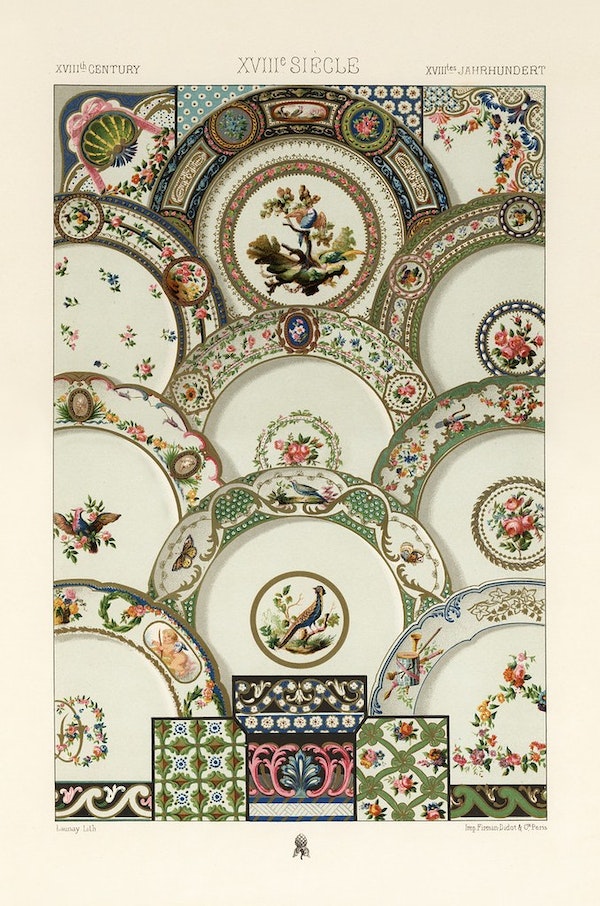 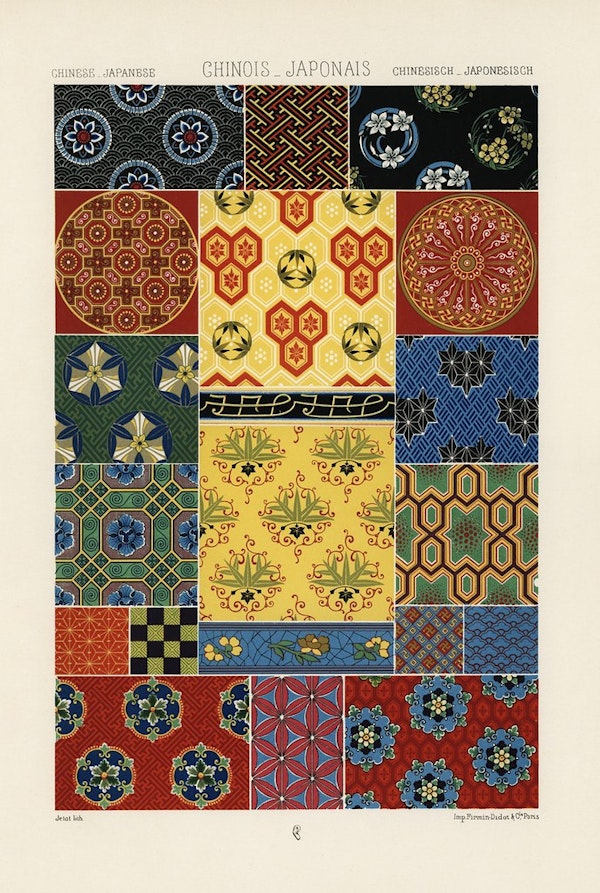 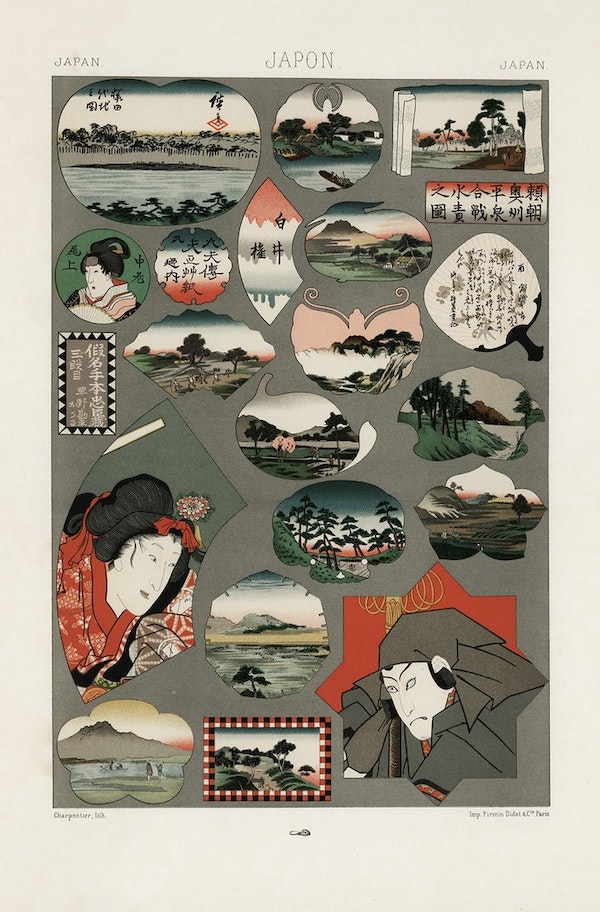 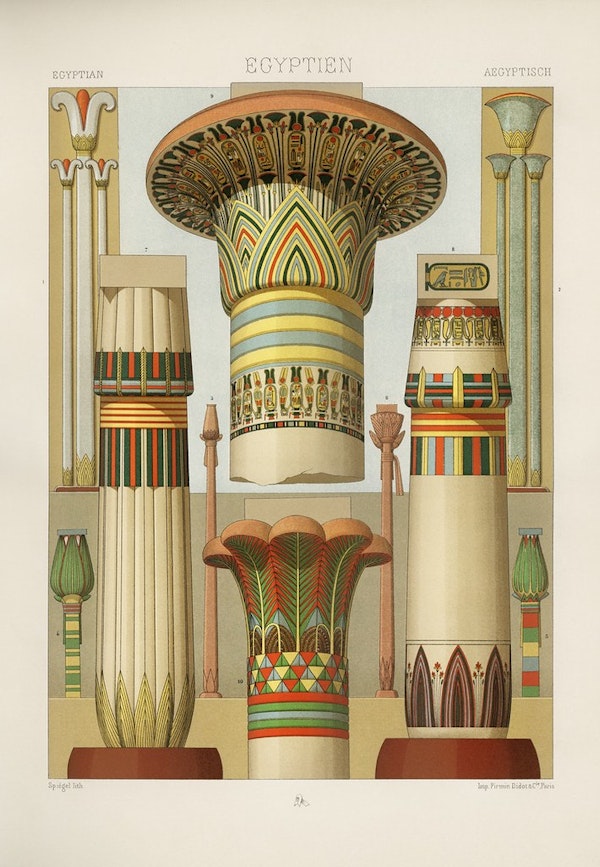