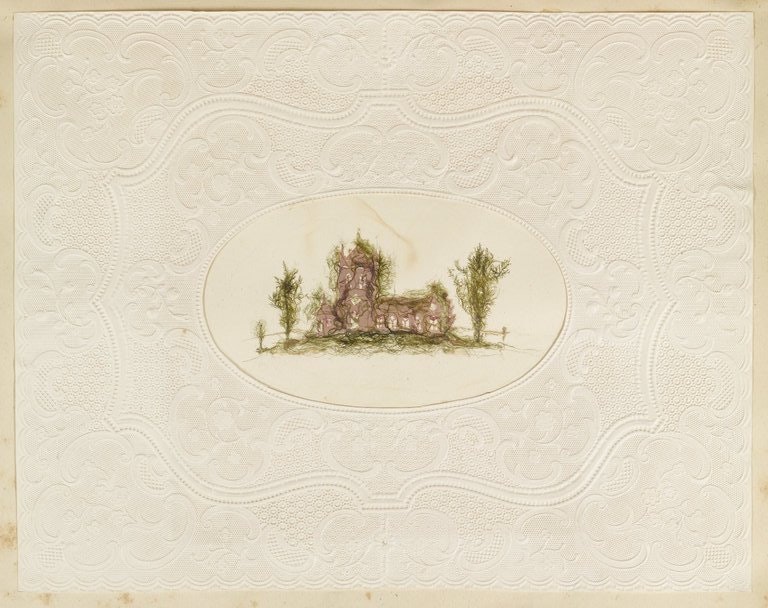 The art of arranging marine algae into designs, bouquets, and even sometimes intricate little scenes, was surprisingly popular in the nineteenth century. The particularly fine examples featured here, using doilies as frames, are from an album presented to Augustus Graham, a member of the first board of directors of the Brooklyn Apprentice's Library, later to become the Brooklyn Institute of Arts and Sciences and the Brooklyn Museum. Graham also served as the first president of the Institute of Arts and Sciences between 1840-1851 and the album was given to him as a thank you in recognition of his work. Made by a woman named Eliza A. Jordson, it contains – apart from the specimens of seaweed – an essay on the method of transferring the algae to paper, as well as a poem on the "flowers of the sea".

We are flowers of the sea

For lovely and bright

And gay tinted are we —

We are quite independent

Of culture and showers

Then call us not weeds

We are oceans's gay flowers.

Variations on the poem crop up time and again in other examples of seaweed pictures, and it is even mentioned in Jane Austen's unfinished 1817 novel Sandition when a seaweed picture is spied through the window of a shop. Its provenance is not entirely clear, though sources seem to imply it is possibly the work of E. L. Aveline.