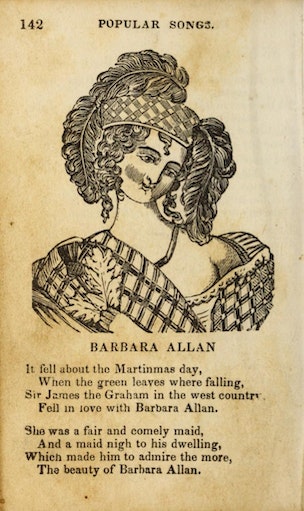 American country singer Frank Luther, born Francis Luther Crow (1899 - 1980), performing the folk song Barbara Allen. The earliest mention of the song can be found in a diary entry of Samuel Pepys from January 1666 while the first printed version of the song in the United States is from 1836. Originally from England and Scotland, the song is a traditional ballad with various versions to the lyrics but with the central theme of the song remaining the same. A young man lies dying when he tells his servant to bring a woman called Barbara Allen to see him. The lovers have had a quarrel and the young man dies with Barbara taking pity on him only when it is too late. She dies shortly afterwards and the lovers are reunited as the rosebush and briar that grow on their graves are intertwined.