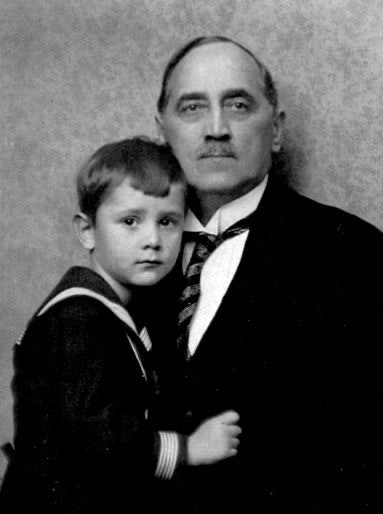 Featuring a mix of classical and traditional Finnish songs, these recordings were made between 1905 and 1909 by Finnish opera singer Eino Rautavaara (1879–1939). After several years studying abroad in Rome, Berlin, Paris, and Milan, Rautavaara served from 1912 as the Helsinki Kallio church cantor and a teacher at the Church Music Institute from 1922. He was the father to Einojuhani Rautavaara (pictured above with his father), who grew to become one of Finland's most notable composers. Eino died when his son was just 11 years old, and Einojuhani himself passed away this summer, in July 2016.