In Search of the Impossible: The Perfect English Rabbit 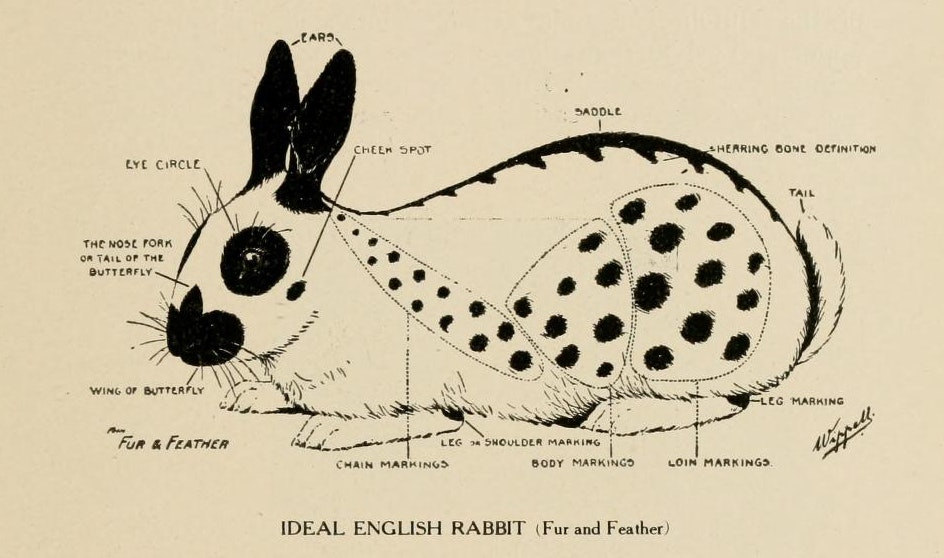 Diagram of an "Ideal English Rabbit" from The American Pet Stock Standard of Perfection and Official Guide to the American Fur Fanciers' Association (1915) - Source.

The image above details the aesthetic requirements for achieving the "Ideal English Rabbit", the benchmark of perfect markings for a particular breed of rabbit first developed in the middle of the nineteenth century. The diagram reproduces one of a series of eight images created by the English artist Ernest George Wippell for Fur and Feather magazine in 1893, two years after the founding of the English Rabbit Club (though some sources give the date for Wippell's drawings as 1903). In 1927, Fur and Feather published the colour print pictured below in their "ideal breed" series. 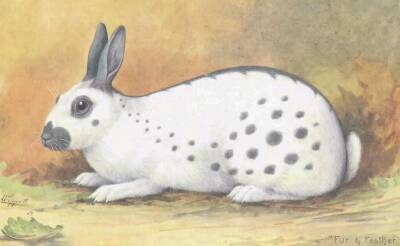 The portrait came to represent the breed’s ideal, and has fuelled a whole legion of rabbit breeders in their obsessive quest to mimic it exactly in live bunny form, complete with a "butterfly smut" nose, particular sweep of 33 spots across the flank (symmetrical on both sides), and the distinctive black stripe down the spine. Due to the ways and wiles of evolutionary genetics, so shot through with chance and "noise" as it is, the task is pretty much impossible. As Steve Jones of UCL comments in the highly recommended BBC radio programme "Roger's Rabbits", it is "a quest without any possibility of success". This, however, does not stop the breeders of the English rabbit from trying, with hundreds gathering at regular exhibitions to compete against each other in their attempts to hone in on the perfect ideal. Famous breeder of English rabbits, Fred Haslam, commented on the process, "Only he who attempts the absurd is capable of achieving the impossible." 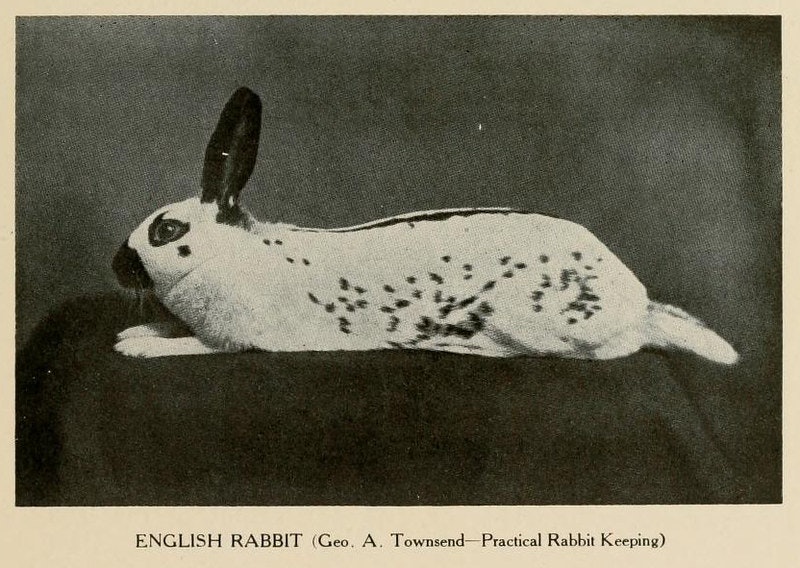 Photo of an English rabbit, from The American Pet Stock Standard of Perfection and Official Guide to the American Fur Fanciers' Association (1915) - Source. 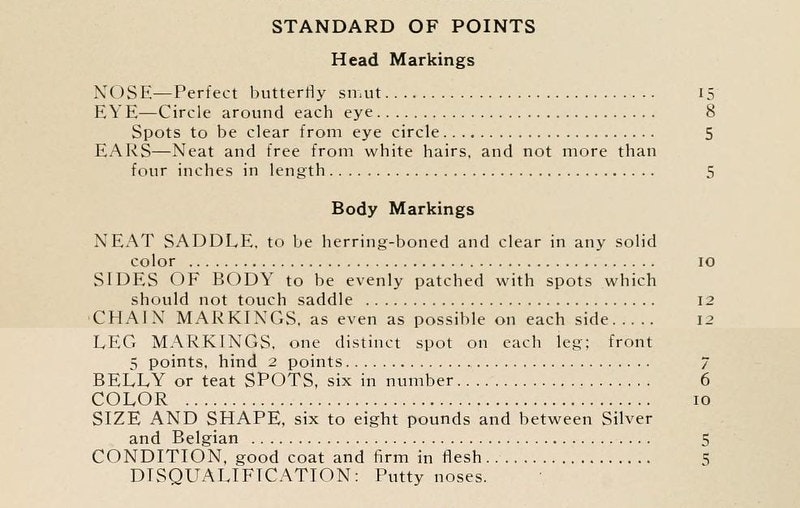 Description of the points system for judging English rabbits, from The American Pet Stock Standard of Perfection and Official Guide to the American Fur Fanciers' Association (1915) - Source.