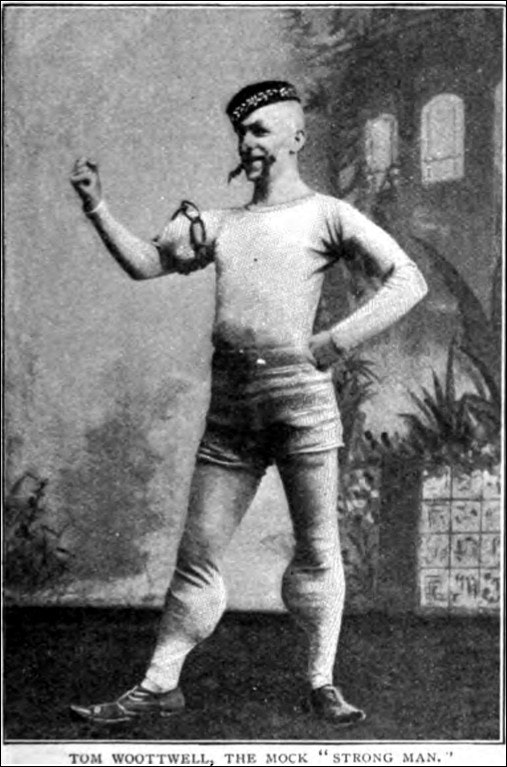 A comedic song performed by the music hall performer Tom Woottwell (1865-1941). The lyrics for the song, as well as other well known numbers from the heydays of the music halls, can be found on this website.

The music halls started off with taverns and public houses holding performances in the 1830s where people could eat and drink while they listened to the songs being performed. It wasn't until 1852 that the first purposefully built music hall, The Canterbury Hall, opened with the seating capacity of 700 people. It became such a huge success that a bigger hall was built in the same spot with the new premises being able to house 1500 audience members. By 1875, there were 375 music halls in Greater London which were mostly frequented by the working class as members of the middle class frowned upon the entertainment (as well as the prostitutes who found their clients among the audience). The halls were also popular among wealthy young gentlemen who wanted to spend a fun night out.

The early performances focused on music, most often comedic songs about everyday life topics such as overdue rent, drink, and unfaithful spouses. There were female performers who dressed up as men and men who dressed as women, sometimes with the audience not knowing the true gender of the performer, while at other times women like Vesta Tilley and Hetty King became famous for dressing as soldiers, policemen, and priests. Interspersed with the music acts were the ventriloquists, the trapeze artists, jugglers, magicians, and others, and later on short films and newsreels also became part of the shows.