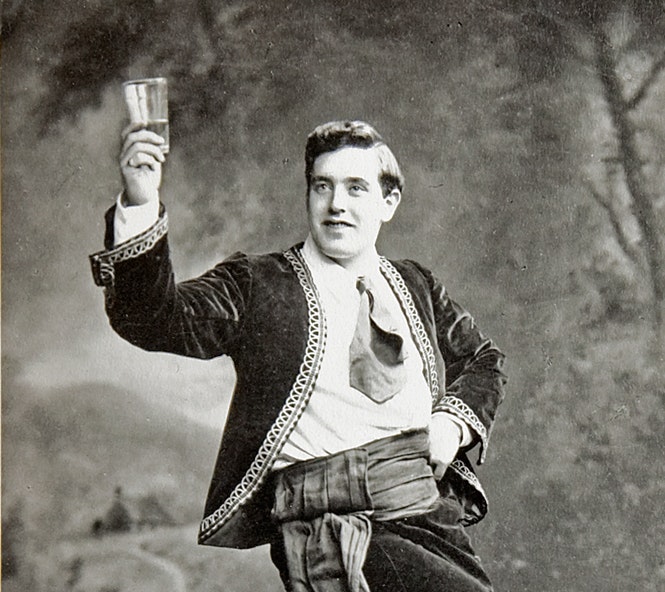 John McCormack (1884–1945) was an Irish tenor renowned for lending his superior diction and breath control to a whole range of operatic and popular song repertoires, including a number of traditional ballads from Ireland. Born in Athlone, County Westmeath, in 1884, McCormack's early musical studies came through his membership of Dublin's Pro-Cathedral Palestrina Choir, and in 1903 he won the prestigious Tenor Award at the annual festival Feis Ceoil. In March of the following year, McCormack became associated with a certain James Joyce, who had dreams of becoming a singer himself. In his biography of Joyce, Richard Ellmann states that "Joyce spent several evenings with him" practising, and the writer was convinced to enter the competition that year (he came third, the Irish Daily Independent stating that he "showed himself possessed of the finest quality voice of any of those competing”). You can read more about McCormack and Joyce's friendship here.