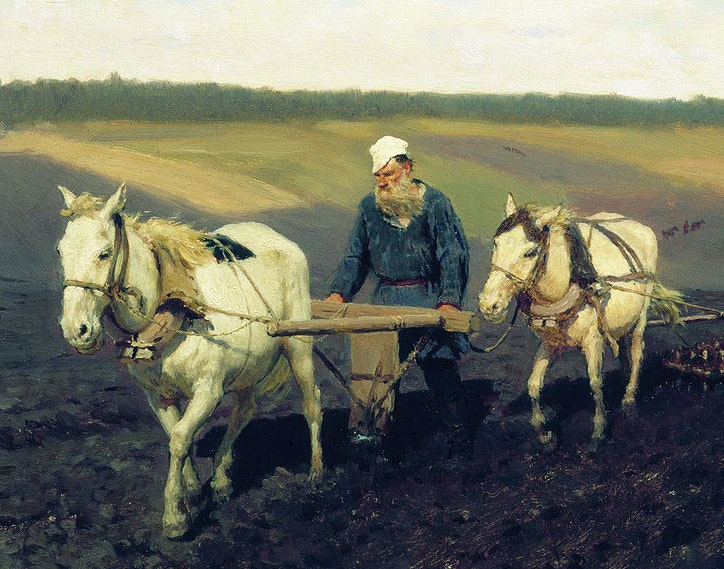 Unable to make the 1908 Pennsylvania German Society's annual gathering due to illness, their President - the U.S. merchant, religious leader, and politician, John Wanamaker - sent in a message he recorded "through this wonderful invention of Mr. Edison on the Edison phonograph" (as he himself puts it in the intro to his message). The excerpt featured here comprises of a section in which he recounts an anecdote of Count Leo Tolstoy's, in which the Russian writer stops at the roadside and asks a farmer who is ploughing "Friend, what would you do today if you knew positively you would die tomorrow?" The farmer replies "I would keep on ploughing." Though not included in this excerpt, Wanamaker then goes on to add "I can almost hear the same words falling from the lips of a Mcnnonite or Dunker living along the Conestoga or Cocalico, Just as you hear these words from my lips a hundred and fifty miles away from where I actually am at this moment." (Mr. Wanamaker was In New York City at the time under the care of a physician). The choice of Tolstoy was an interesting one considering that some 18 years earlier Wanamaker had caused a mini-furore when, as U.S. Postmaster General at the time, he banned Tolstoy's Kreutzer Sonata from being sent in the mail, claiming that it was obscene. The decision caused him much embarrassment and condemnation in the press, the New York Times calling him a "Jack-in-Office".