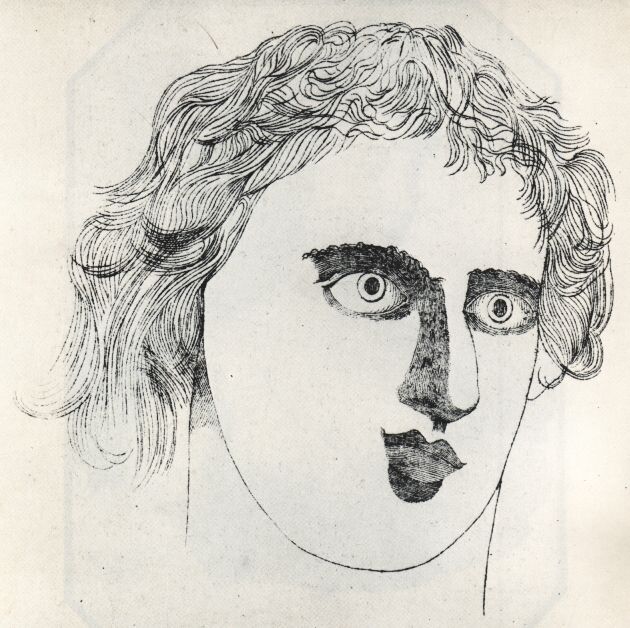 Kaspar Hauser’s appearance in Nuremberg on May 26, 1828, remains an enigma. At first assumed to be a “wild boy” like Victor of Aveyron, Hauser later said he had been raised in a dark cell sleeping on a straw bed and eating nothing but rye bread brought to him by a mysterious man who taught him the rudiments of German. During his lifetime, Hauser was rumored to be of princely parentage — the victim of a complicated royal plot — though modern historians have almost universally agreed he was mentally ill and probably a hoaxster.

From 1828 until his death in 1833, Hauser was watched over by various guardians, during which time his story became more and more strange and violent. In October 1829, he claimed to have been cut with a blade by a hooded man who threatened him. In April 1830, he claimed to have accidentally shot himself. Finally, in December 1833, Hauser came home with a deep wound in his chest, claiming he had been stabbed by a stranger who delivered him a coded message. Three days later, he died. The doctors who examined Hauser’s body agreed that the wound may have been self-inflicted; those familiar with Hauser’s style of writing suggested he had written the coded message himself.

Today, most people have heard of Hauser. Fewer know Hauser was also a talented artist. “In fact”, James J. Conway writes at Strange Flowers, “the use of drawing and painting to ‘civilize’ the foundling constitutes an early example of art therapy”. The man who encouraged Hauser to draw was Friedrich Daumer, the Nuremberg schoolmaster and philosopher who gave Hauser a home from 1828 to 1829. He was intrigued by the strange mixture of “coarseness” and “culture” Hauser displayed, and was curious to see art Hauser could create, given instruction and materials.

Of the surviving artworks created by Hauser range from what appear to be pen-and-ink self-portraits (one apparently done in a trance state) to watercolour studies of fruit and flowers. The latter are extraordinarily precise and quite beautiful. There is also a drawing of coats of arms and another, more sophisticated, of the blade the hooded man of October 1829 used to attack him.

In 1832, the legal scholar and patron of Hauser (and critic of his treatment) Anselm Ritter von Feuerbach published Kaspar Hauser: Crimes Against a Man's Soul, the first book to explore the famous case (you can read it here translated into English by Earl Stanhope, another patron of Hauser, though both would end up doubting the boy's story). Amongst the glimpses of Hauser's character and daily existence offered up by Feuerbach, we hear of the young man's obsessive dedication to art making:

One of his favourite pursuits next to writing was drawing, for which he shewed as much capacity as perseverance. During several days he had proposed to himself the task of copying a lithographic portrait of the Burgomaster Binder. A large bundle of quarto sheets was entirely filled with these copies, which, in proportion as they were finished, were piled in long succession upon each other. I looked over them, and found that the first attempts were exactly like those of little children who think that they have drawn a face, when they have scrawled on a paper a figure intended to represent an oval, and in it a pair of round holes, with a few perpendicular and cross scratches. But in almost every one of the following attempts some progress was visible, so that these strokes gradually became more similar to a human countenance, and at last represented the original, imperfectly and coarsely, but still in such a manner that the resemblance could be recognized. I expressed to him my approbation of his last attempts, but he did not appear satisfied with them, and gave me to understand that he must still make many copies before one of them was quite like, and he would then give it to the Burgomaster.

Another passage describes Hauser’s love for images in general, expressed in a curious daily routine.

Kaspar's room was small, but clean and light, and from the window was seen an agreeable and extensive landscape. We found him bare footed, wearing only a shirt and a pair of old pantaloons. The sides of the room, as high as they could be reached, were adorned by him with coloured prints, which he had received as presents from his numerous visitors. Every morning they were fixed by him anew on the walls with his saliva, which was then adhesive like glue ;* and they were removed by him as soon as it was dusk, and laid together near him. (* This saliva was so much like glue, that in removing the prints, pieces of them remained sticking to the walls, or fragments of the plaster adhered to the prints.)