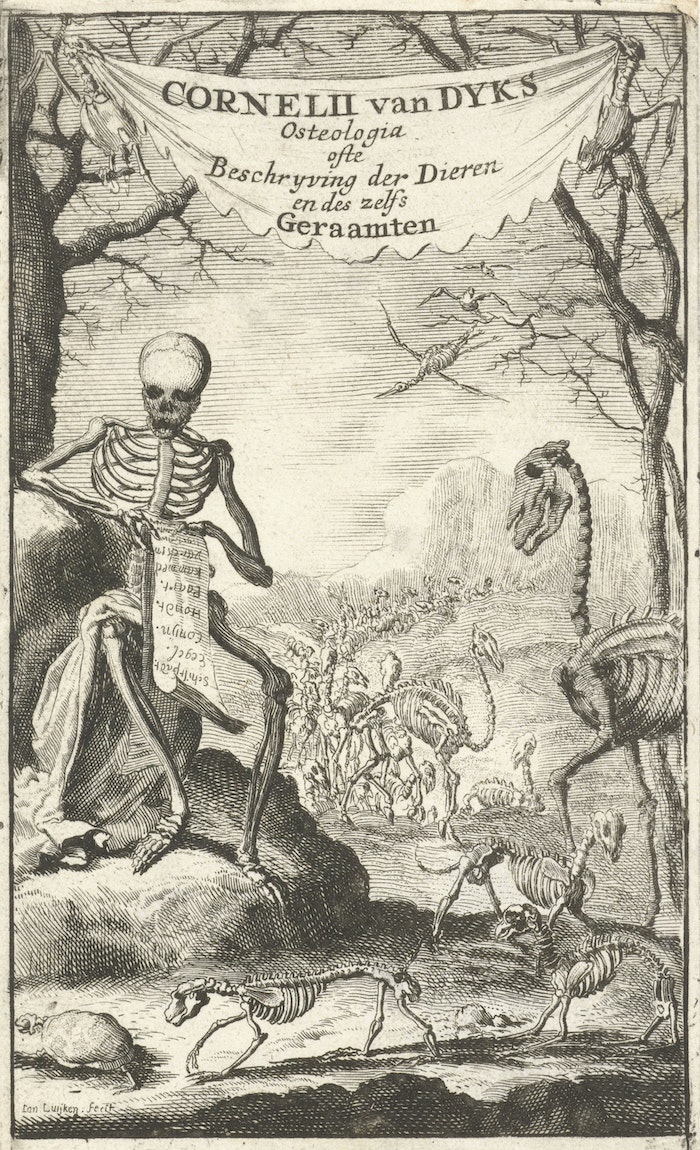 “To bear a name is both terrible and necessary”, laments one of Don DeLillo’s characters, addressing the double-bind of linguistic existence. Novelists, poets, and philosophers have long been drawn to Adam when thinking about the generative magic of language and its potential devastation. In Genesis, God sculpts the beasts of the field from earthen elements, marching them before the first man, “and whatsoever Adam called every living creature, that was the name thereof”. For centuries, this scene has been imagined by artists as a stately procession — the recently formed fauna patiently awaiting their designation. Yet just as God conjured these creatures out of a timeless void, terminating their eternal sleep, so too Adam’s actions are at once creative and destructive: he births animals into language, while, in Hegel’s words, “nullifying them as beings of their own account”. Parroting the German philosopher, Maurice Blanchot describes how: “God had created all living things, but man had to annihilate them. Not until then did they take on meaning for him, and he in turn created them out of the death into which they had disappeared”.

This frontispiece etching, printed by Jan Luyken for Cornelis van Dyk’s Osteologia (1680), seems to speak to the consequences of Adam’s naming as imagined by Hegel and Blanchot. The animals are bare-bones, stripped of life’s flesh, and summoned toward a skeletal figure — Adam? Noah? St Peter? Van Dyk? — who reads off his list. In the foreground, a ledgered turtle, hedgehog, rabbit, dog, horse, and camel march toward their exit stage right. Where are they headed? Is there some paradise beyond, where their tissue will be restored? Where these creatures will no longer carry the burden of humanity’s taxonomical projects, like the fowls who labor to bear the banner text in the image’s leafless trees? Unlikely, even though the list’s alphabetic letters decay into an asemic scribble, as if language begins to falter in the face of a seemingly infinite parade of animal life. Rather, viewed in retrospect, this image appears to foretell the ceaseless march of scientific progress, and the Enlightenment’s mission to give order to the natural world. A vanguard of this mission, Van Dyk’s seventeenth-century study of bones begins with a discussion of Genesis. The natural scientist speculates if Adam was a “hermaphrodite”, due to his apparently parthenogenetic powers — making Eve from his own body, who he also names — before proceeding to dissect the pictured animals in search of their osteo-logical innards.