Max Brückner (1860–1934) was a German geometer, known for his collection of stellated and uniform polyhedra, which he documented in his 1900 book Vielecke und Vielflache: Theorie und Geschichte (Polygons and Polyhedra: Theory and History). Included in the influential study was a compound of three octahedra, made famous by M. C. Escher's 1948 print Stars, which depicts the shape floating through space in the form of a cage with two chameleons inside it. 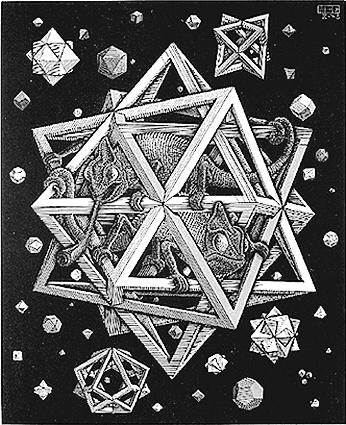