Nekrokēdeia or The Art of Embalming (1705)

Nekrokēdeia: or, The art of embalming wherein is shown the right of burial, the funeral ceremonies, and the several ways of preserving dead bodies in most nations of the world ; with an account of the particular opinions, experiments and inventions of modern physicians, surgeons, chymists and anatomists, by Thomas Greenhill; 1705; London.

Written and published by Thomas Greenhill, an 18th-century surgeon, Nekrokēdeia is a collection of all things related to death and burial, focusing in particular on the history and art of embalming. Greenhill believed that embalming was a subject just as important as anatomy or surgery and advocated for its practice, discussing it from a medical as well as a religious perspective. The book is divided into three letters, all addressed to a specific doctor: the first to Charles Bernard, Serjeant Surgeon to Queen Anne, the second to John Lawson, the former president of the Royal College of Physicians and the third to Hans Sloane, secretary to the Royal Society (whose vast collection was to become the founding collection of the British Museum). As is perhaps to be expected a large proportion of the book is devoted to exploring the practise of mummification in Ancient Egypt, though it is an exploration long and meandering with many deviations, such as the section on the temperament of the Egyptian people whom he states are "hot and dry" and of a "chearful Temper, yet delight much in an idle and lazy kind of Life, being immoderate votaries to Venus". Large sections of the book, as Greenhill himself admits, are borrowed from previous works, as are the illustrations, in particular from Athanasius Kircher's work on Ancient Egypt from 50 years earlier. Greenhill's book was originally meant to consist of three parts, but only the first was published and this by subscription. 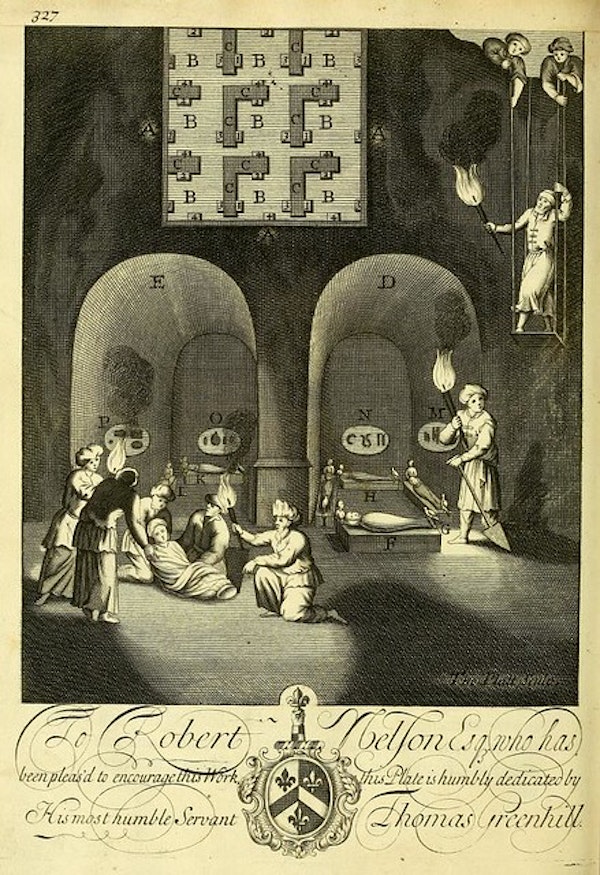 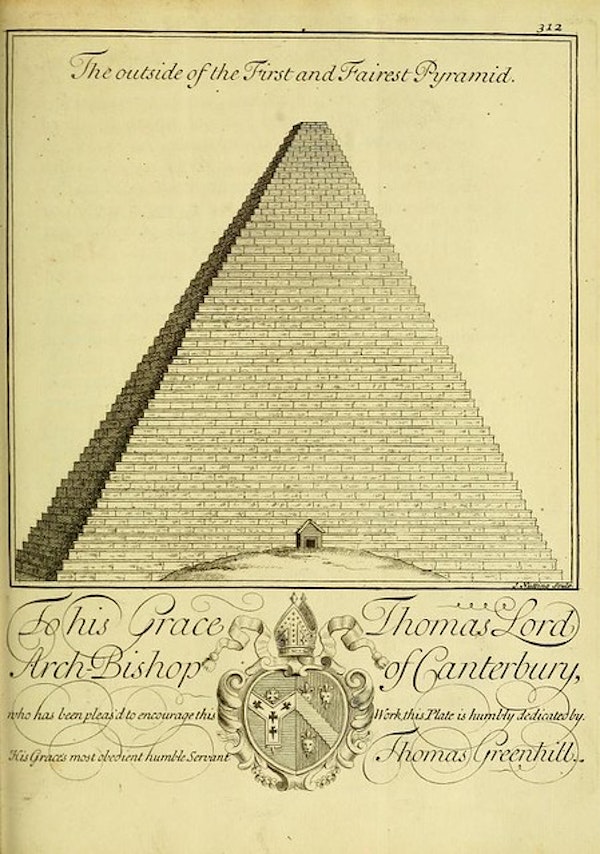 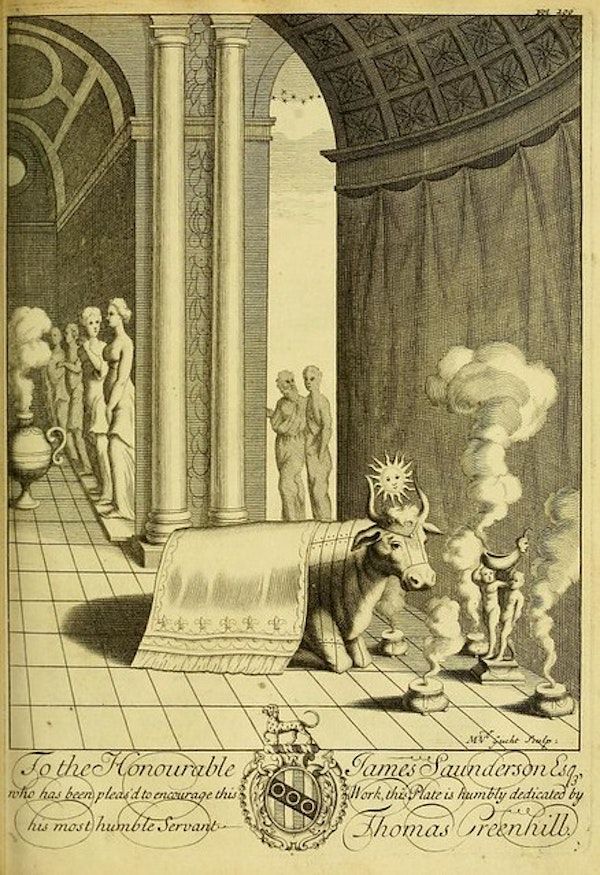