Photographs of the Famous by Felix Nadar 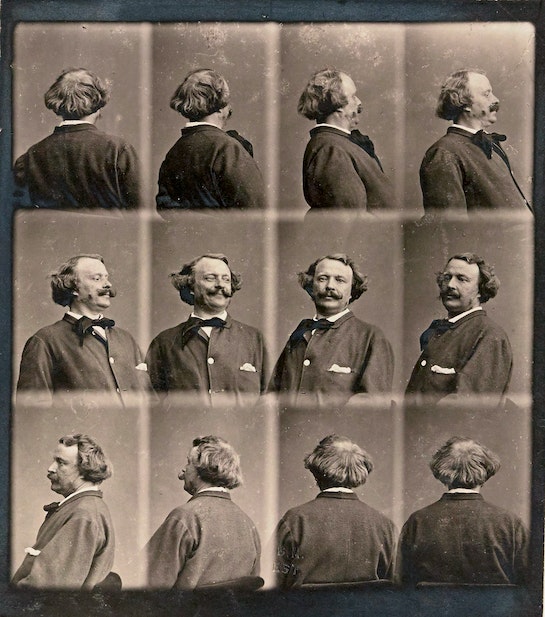 Félix Nadar was the pseudonym of Gaspard-Félix Tournachon (1 April 1820, Paris – 20 March 1910), a French photographer, caricaturist, journalist, novelist and balloonist. He took his first photographs in 1853 and pioneered the use of artificial lighting in photography, working in the catacombs of Paris. Around 1863, Nadar built a huge (6000 m³) balloon named Le Géant ("The Giant"), thereby inspiring Jules Verne's Five Weeks in a Balloon. Although the "Géant" project was initially unsuccessful Nadar was still convinced that the future belonged to heavier-than-air machines. Later, "The Society for the Encouragement of Aerial Locomotion by Means of Heavier than Air Machines" was established, with Nadar as president and Verne as secretary. Nadar was also the inspiration for the character of Michael Ardan in Verne's From the Earth to the Moon. In April 1874, he lent his photo studio to a group of painters, thus making the first exhibition of the Impressionists possible. (Wikipedia)

For more photographs by Nadar see source below.