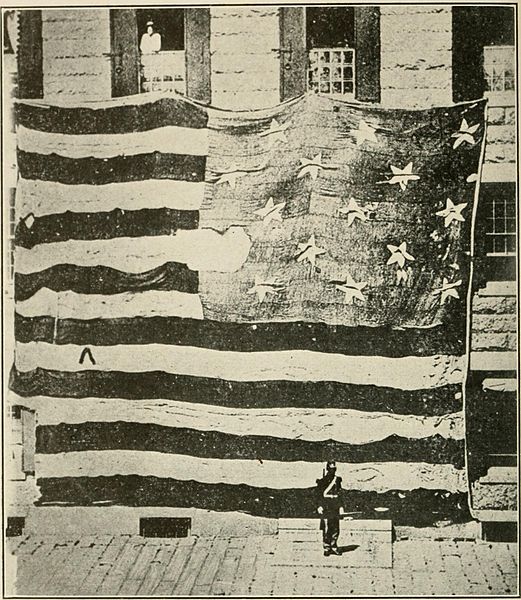 Margaret Woodrow Wilson, the daughter of President at the time Thomas Woodrow Wilson, singing the U.S. national anthem "Star Spangled Banner" in 1915. After her mother's death in 1914 Margaret served as the First Lady of the United States until her father's second marriage in 1915. She would go on to make several recordings around 1918. In 1938 she travelled to the ashram of Sri Aurobindo in Pondicherry, India where she chose to stay for the rest of her life. She was later known in the Sri Aurobindo Ashram as 'Nistha' (Sanskrit for "sincerity"). In 1942, she and the scholar Joseph Campbell edited the English translation of the classical work on the Hindu mystic, Sri Ramakrishna, The Gospel of Sri Ramakrishna by Swami Nikhilananda, which was published in 1942. She was to die two years later, 6 years after entering the ashram, of a kidney infection aged 57. (Wikipedia)

The lyrics of the "The Star-Spangled Banner" come from "Defence of Fort McHenry", a poem written in 1814 by the 35-year-old lawyer and amateur poet, Francis Scott Key, after he witnessed the bombardment of Fort McHenry by the British Royal Navy ships in Chesapeake Bay 200 years ago this year in the War of 1812. The image above shows the U.S. flag flying above Fort McHenry in 1914. (Wikipedia)