Richard Deakin’s Flora of the Colosseum of Rome (1855)

In this charming volume, the English doctor and amateur botanist Richard Deakin examines the natural wonders of one of the most famous ruins of ancient Rome. Deakin’s object is, he writes,

to call the attention of the lover of the works of creation to those floral productions which flourish, in triumph, upon the ruins of a single building. Flowers are perhaps the most graceful and most lovely objects of the creation but are not, at any time, more delightful than when associated with what recalls to the memory time and place, and especially that of generations long passed away. They form a link in the memory, and teach us hopeful and soothing lessons, amid the sadness of bygone ages.

One may be surprised to learn that no fewer than 420 species used to grow in the Colosseum (among them “56 species of Grasses…and 41 of the Leguminous or Pea tribe”) — and not only in the Colosseum but on it, for

it must be remembered that, though the ground occupied by the building is about six acres, the surface of the walls and lodgment on the ruins upon which they grow is much more extensive, and the variety of soil is much greater, than would be supposed without examination; for, on the lower north side, it is damp, and favourable to the production of many plants, while the upper walls and accumulated mould are warmer and dryer, and, consequently, bettered suited for the development of others; and, on the south side, it is hot and dry, and suited only for the growth of differently constructed tribes.

The Colosseum, when Deakin saw it, was an ecosystem unto itself. P. B. Shelley, visiting the place a few decades earlier, had marveled at how the vast human structure had been transformed by time into

an amphitheater of rocky hills overgrown by the wild olive, the myrtle, and the fig tree, and threaded by little paths which wind among its ruined stairs and immeasurable galleries: The copsewood overshadows you as you wander through its labyrinths, and the wild weeds of this climate of flowers bloom under your feet.

Even in the 1840s and ’50s, as Deakin was gathering the samples for his book, the Colosseum’s plants were being destroyed by alterations and restorations — a fact he found lamentable. “To preserve a further falling of any portion is most desirable”, Deakin granted;

but to carry the restorations, and the brushing and cleaning, to the extent to which it has been subjected, instead of leaving it in its wild and solemn grandeur, is to destroy the impression and solitary lesson which so magnificent a ruin is calculated to make upon the mind.

In years since, the Colosseum has been so thoroughly altered and so frequently visited, all trace of the place’s former floral lushness has disappeared.

Flora of the Colosseum thus gives us a glimpse into an unfamiliar version of a familiar ruin, which once appealed more to the nature-loving romantic than to the fact-collecting history buff. Not that Dr Deakin shirks facts. His catalogue of plants is eminently scientific and extensive, nearly doubling the number listed in an earlier Italian catalogue and including certain flowers that grew nowhere else in Europe. According to Paul Cooper, one solution to this “botanical mystery” may be the African animals, such as lions and giraffes, that were brought to the arena to perform and fight. These poor creatures, destined to kill and be killed for the pleasure of the ancient Roman crowds, scattered seeds that had been stowed in their fur and scat, populating the place with exotic blooms. That these blooms are now gone is regrettable; but at least — to strike a Deakinsian note — we can still see their trace in this hopeful and soothing book. 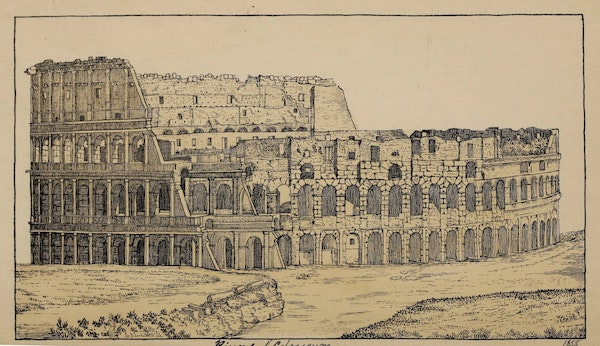 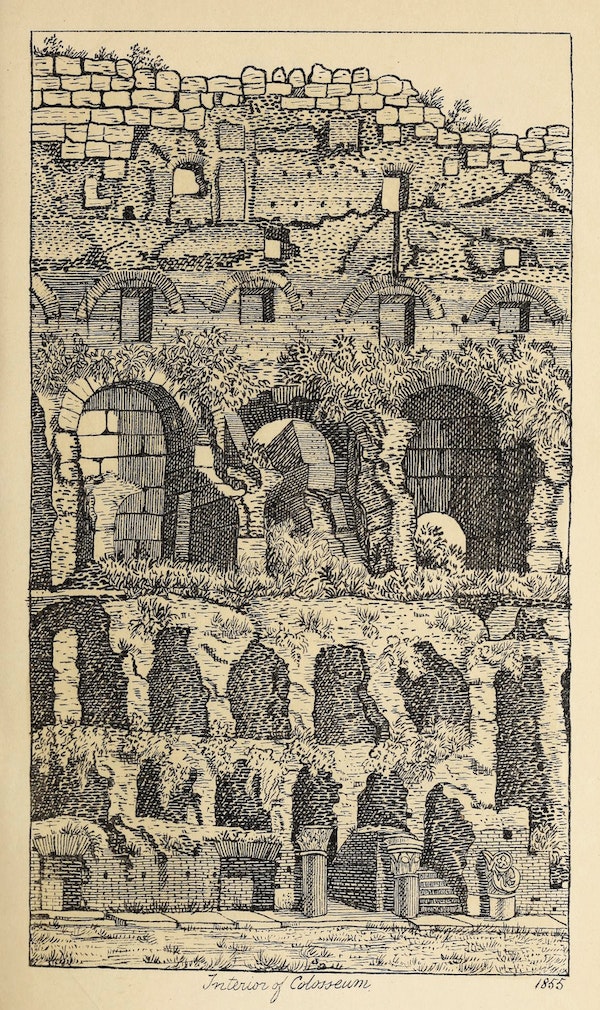 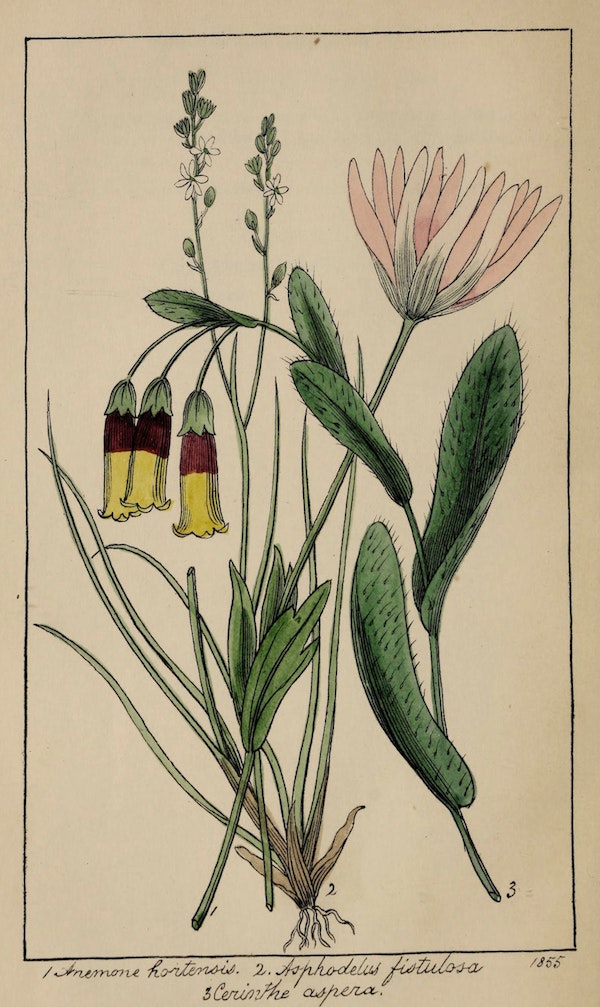 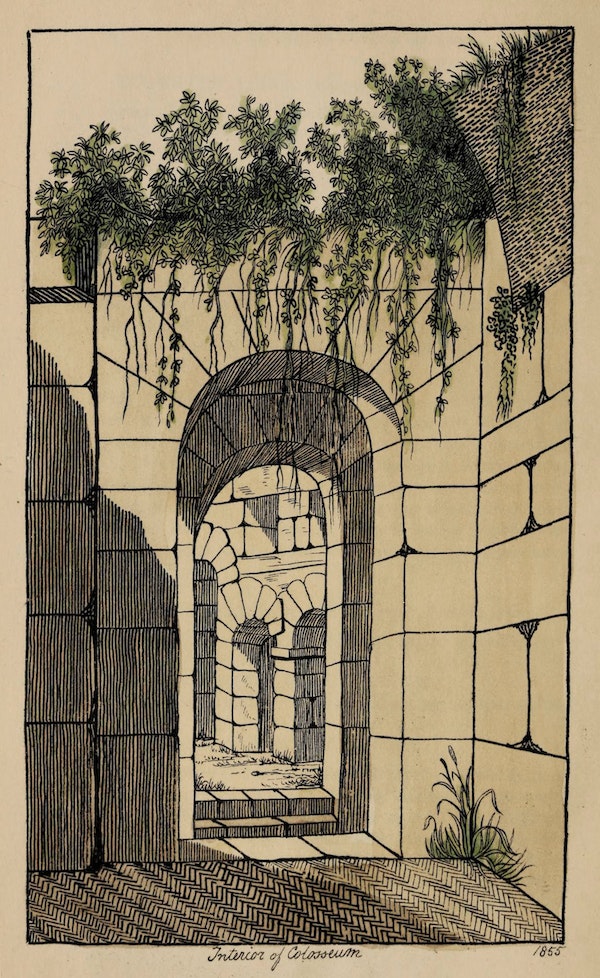 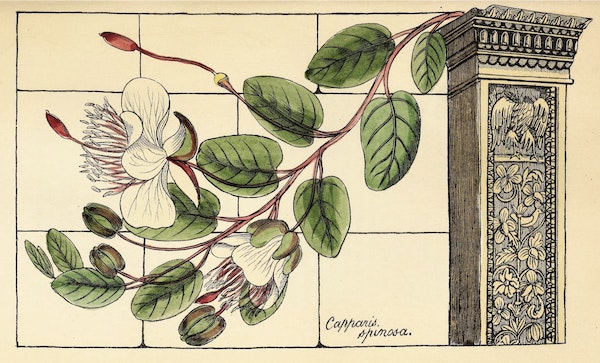 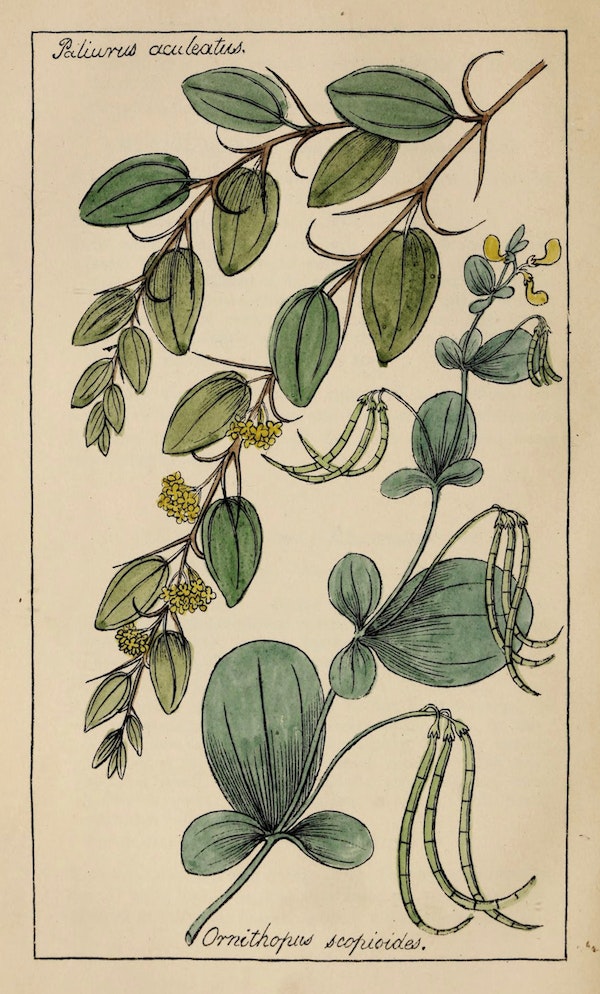