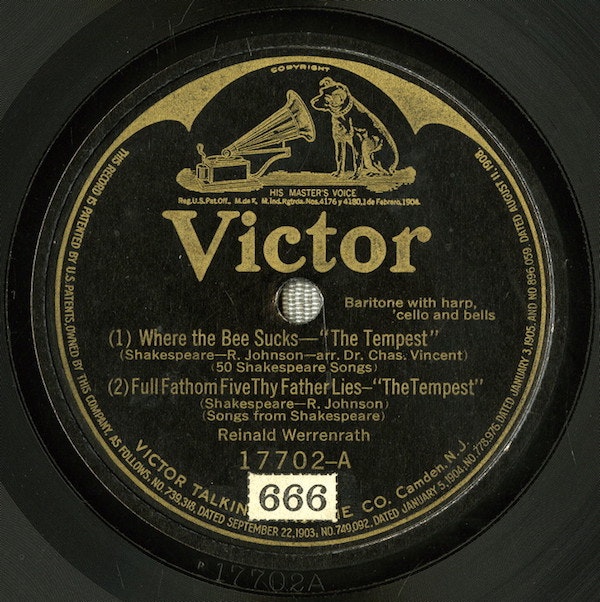 From Twelfth Night and Measure for Measure

From Twelfth Night and Henry VIII

In the first two decades of the twentieth century, The Victor Talking Machine Company produced a series of recordings of songs from the plays of William Shakespeare, sung by a variety of operatic vocalists of the day including American tenor Lambert Murphy (listed here under his pseudonym of Raymond Dixon), baritone Reinald Werrenrath, and soprano Laura Littlefield. If The Bard ever did specify melodies for the songs featured in his plays, nothing has survived today, and the arrangements used here by Victor are mostly more modern inventions. There are, however, a couple by the eighteenth century composers Thomas Arne and Joseph Haydn, and "O Mistress Mine" and "It Was a Lover and His Lass" by the Elizabethan musician Thomas Morley. Although contemporaries, it is not known if Morley and Shakespeare ever actually were acquainted, though some do suspect that they were and even collaborated.