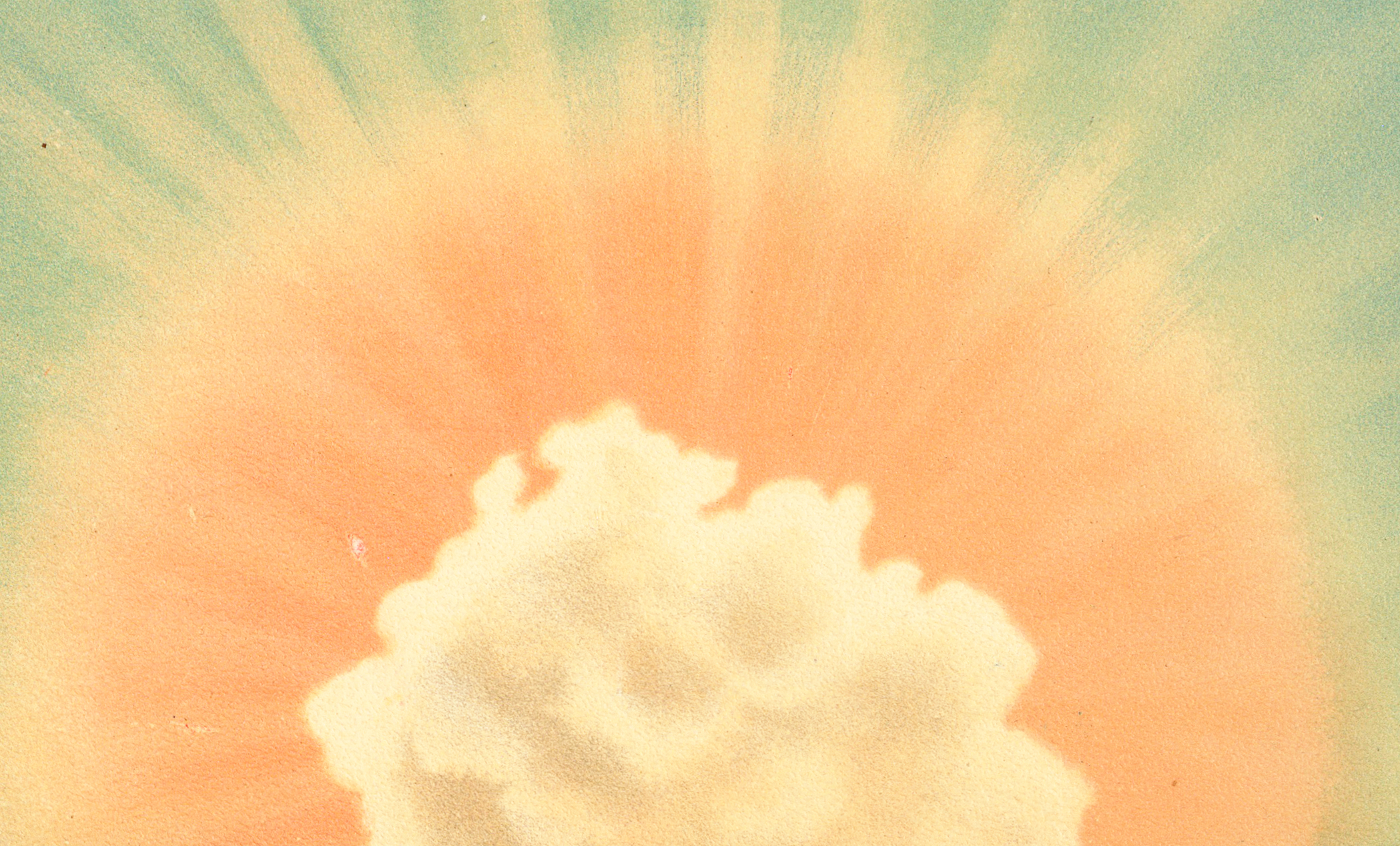 On the 27th August 1883, on a small island in Indonesia, the eruption of the Krakatoa volcano peaked — the violent culmination of one of the deadliest and most destructive volcanic events in recorded history, the explosion of which was heard as far as 3000 miles away. In addition to the terrible devastation (36,000 deaths were attributed to the eruption) strange optical effects the world-over were reported, a result of the massive plume of ash and debris sent into the upper atmosphere.

Skies at the beginning and end of the day, when the sun was lowest in the sky, were particularly affected, glowing strange colours for years following the eruption and enrapturing and intriguing scientists, writers, and artists alike. Given the nature of the mystery — a scientific phenomenon expressing itself in such dramatic visuals — attempts to document and explain it often took the form of an interdisciplinary effort, both art and science working in tandem. One such example is a German book published in 1888 — Untersuchungen über Dämmerungserscheinungen: zur Erklärung der nach dem Krakatau-Ausbruch beobachteten atmosphärisch-optischen Störung, which roughly translates as "Studies on twilight phenomena: to explain the atmospheric-optical disturbance observed after the Krakatau eruption". While most of the book is an exploration via text, by the German physicist Johann Kiessling, the final pages are given over to a wonderful series of chromolithographs from watercolour images by Eduard Pechuël-Loesche, all featured below.

Pechuël-Loesche was a German naturalist, plant collector, and watercolour painter who travelled extensively, including to West Africa where he accompanied Paul Güssfeldt on the Loango Expedition of 1873–76 and played a role in the founding of the Congo state. Although most of Pechuël-Loesche's images in the Studies on Twilight Phenomena book are from the years following the Krakatoa eruption, three hail in fact from the "Loango Coast" (in modern-day Republic of Congo), from his time on the Loango Expedition.

As for Johann Kiessling's text, it proved pivotal in the understanding of these strange post-Krakatoa skies, explaining as it did the enigmatic phenomenon in terms of ash-cloud particles diffracting sunlight. Seeking to replicate the effect through laboratory experimentation Kiessling designed and built a fog chamber. It was an invention which, together with Kiessling's successful experiments, proved instrumental in the development of Charles Thomas Rees Wilson's cloud chamber which was used in particle physics to detect the paths of radioactive particles.

You can read more about the artistic and literary response to the strange skies caused by Krakatoa, in particular in relation to Gerard Manley Hopkins, in our essay "The Krakatoa Sunsets" by Richard Hamblyn.

Earth Shadow and Antitwilight [Belt of Venus] With Twilight Rays Converging After the Counterpoint of the Sun — after an image by Mr Busch, summer, 1884.