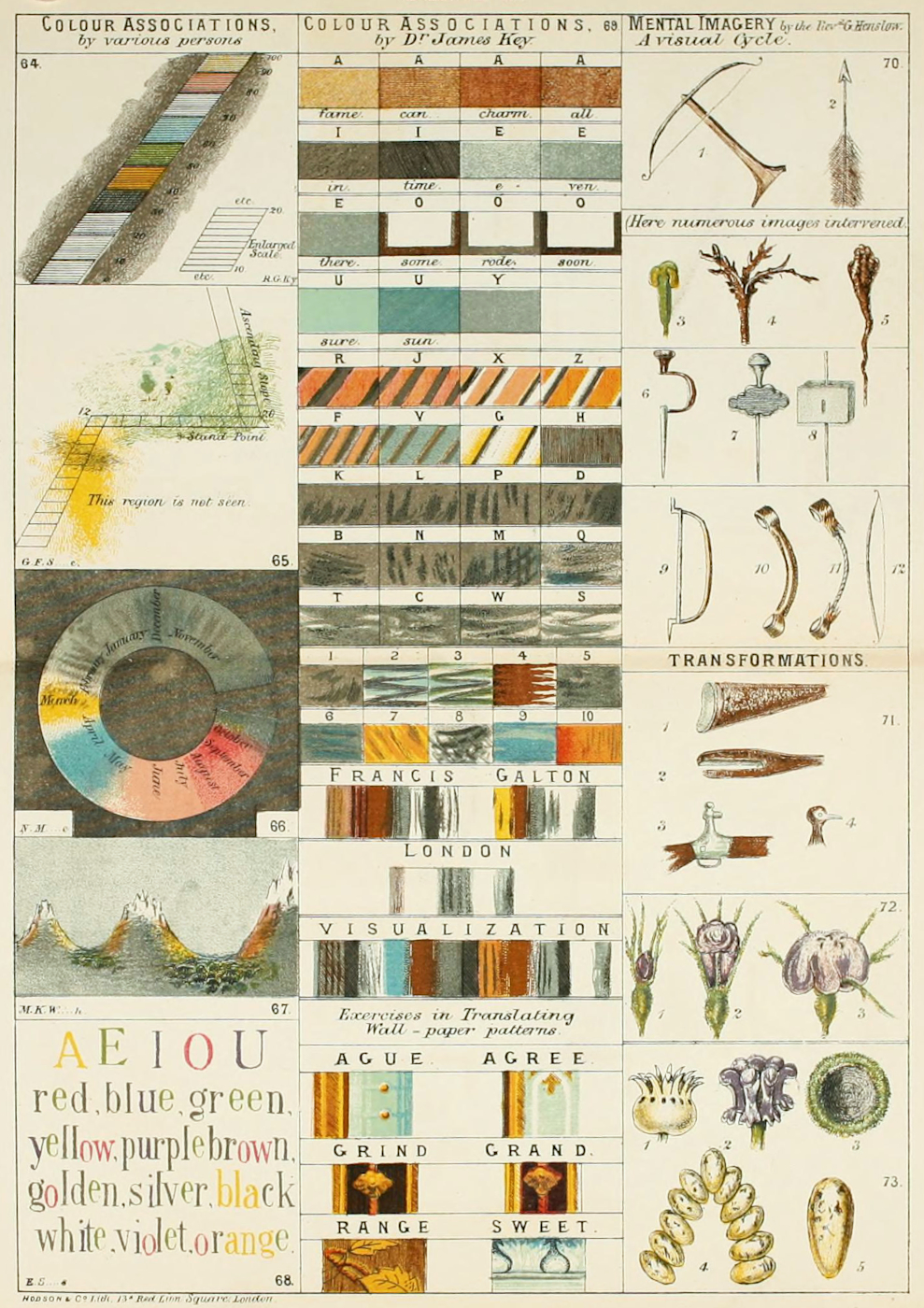 Plate 4 from Francis Galton's Inquiries into Human Faculty and its Development (London: Macmillan & Co., 1883), featuring an array of synaesthetic visualisations as described to Galton by correspondent “seers” — Source.

Victorian polymath Francis Galton is known as the inventor of many things: the world’s first weather and isochronal climate maps; the statistical concepts of correlation and regression toward the mean; the ultrasonic whistle; and — with a more harmful afterlife — many aspects of the field he named “eugenics”, as well as its supposed application to criminology. An indefatigable student of physical appearance, who is remembered (and often reviled) for a fanatical dedication to hegemonic British imperial norms of behavior and appearance, Galton also turned his curiosity to the inner world and its perceptions. Pioneering research into the visual-spatial complex known as “number form” — in which individuals experience numbers as possessing distinct spatial properties — Galton published the very first color plate of synaesthetic visualizations in his 1883 Inquiries into Human Faculty and its Development.

In April 1879, Galton received a letter from his friend George Parker Bidder, a London barrister whose father had been a famous prodigy of calculation. The letter included diagrams of his visualizations for numbers, the months of the year, and historical time figured as the succession of English kings, prompting Galton to work up a “kitchen table questionnaire” that he distributed to hundreds of scientific and literary associates in England, America, Russia, France, Germany, and Italy. Though his earlier publications on number forms report the colors as described by respondents, only in 1883 did Galton enlist “no less than thirteen different lithographic stones” to faithfully depict them.

Never using the term “synaesthesia”, which assumed widespread currency only after 1893, Galton assembled Plate 4 from a small roster — including novelist Rose Kingsley (Figure 64) and botanist George Henslow (Figures 70–73) — of his synaesthetic correspondent “seers”. The middle row depicts the word, letter, and number associations of Dr. James Key, sent to Galton from Cape Colony in South Africa. Along with supplying the colors he saw in his visual field when thinking of “Francis Galton”, “London”, and the word “visualization”, Dr. Key provided samples of wallpaper together with the words that the colors suggested to him. When Galton showed these to another synaesthete, she was scandalized to see how different they were from her own mental colors. 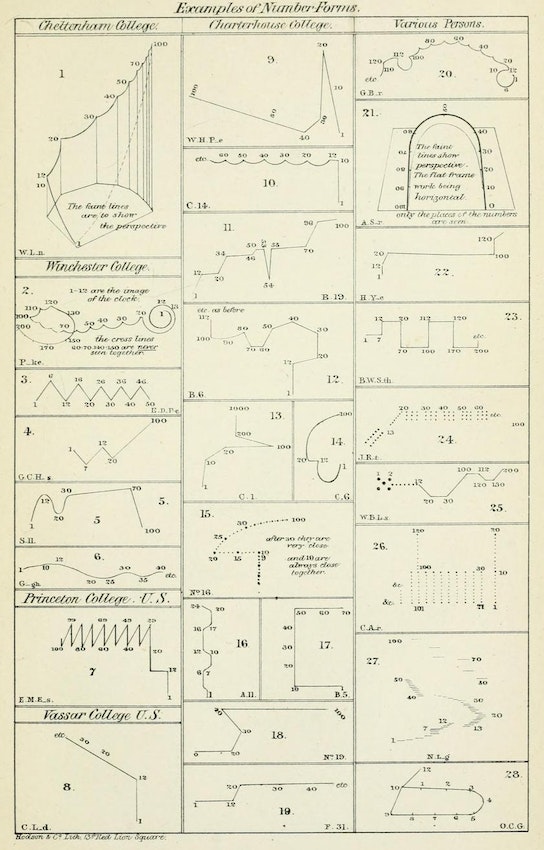 Examples of number-forms as visualized by student respondents — Source.

Estimating that number forms were more common among women (one in fifteen) than men (one in thirty), Galton also concluded that: 1) the persistence of color associations with sounds was as prominent as that of number forms with numbers; 2) vowel sounds evoked colors more often than consonants; 3) seers had very precise color terminology; 4) no two people agreed on the color associations; and 5) these forms of mental imagery were “very hereditary”, and likely quite universal. Founded upon the most diverse idiosyncratic associations in childhood, Galton discovered that these concrete, stereotyped, and unchanging visual patterns only persisted among those individuals who continued to employ the associations in the inner life of their minds.