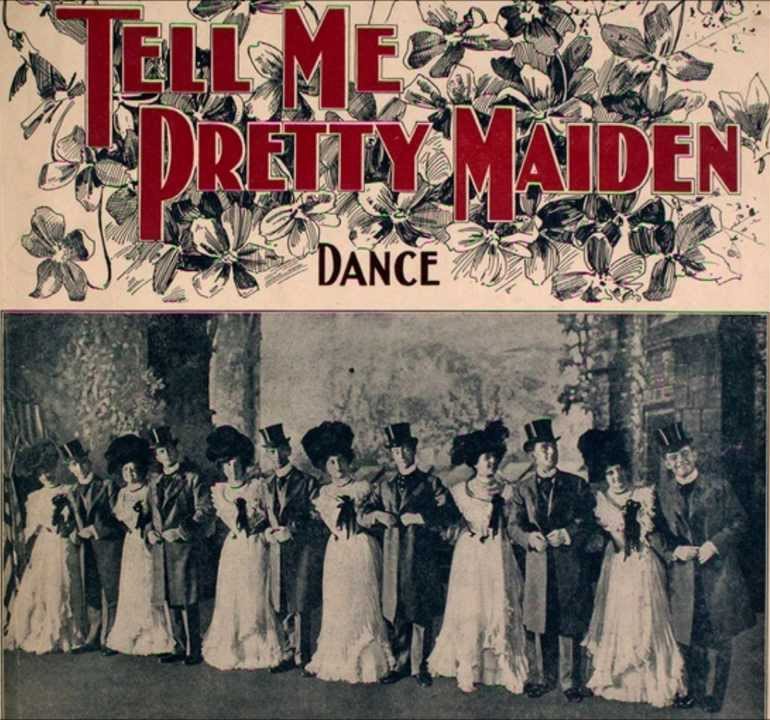 This number, performed here by Harry Macdonough and Grace Spencer, is from the 1899 musical comedy show Florodora. The composer of the show Leslie Stuart (1863 – 1928) had begun his career as a church organist in Manchester before moving on to write songs for musical shows in 1895, with Florodora becoming his first hit. The original London production had 455 performances and the New York production ran for 552 performances, with Tell Me Pretty Maiden becoming the most successful show tune of its time. The song is originally a sextet, sung by six men and six women, and the plot of the musical centres around a perfume business on the island of Florodora and the schemes and romantic entanglements that evolve there.