The Difficulty of Ruling over a Diverse Nation (1578) 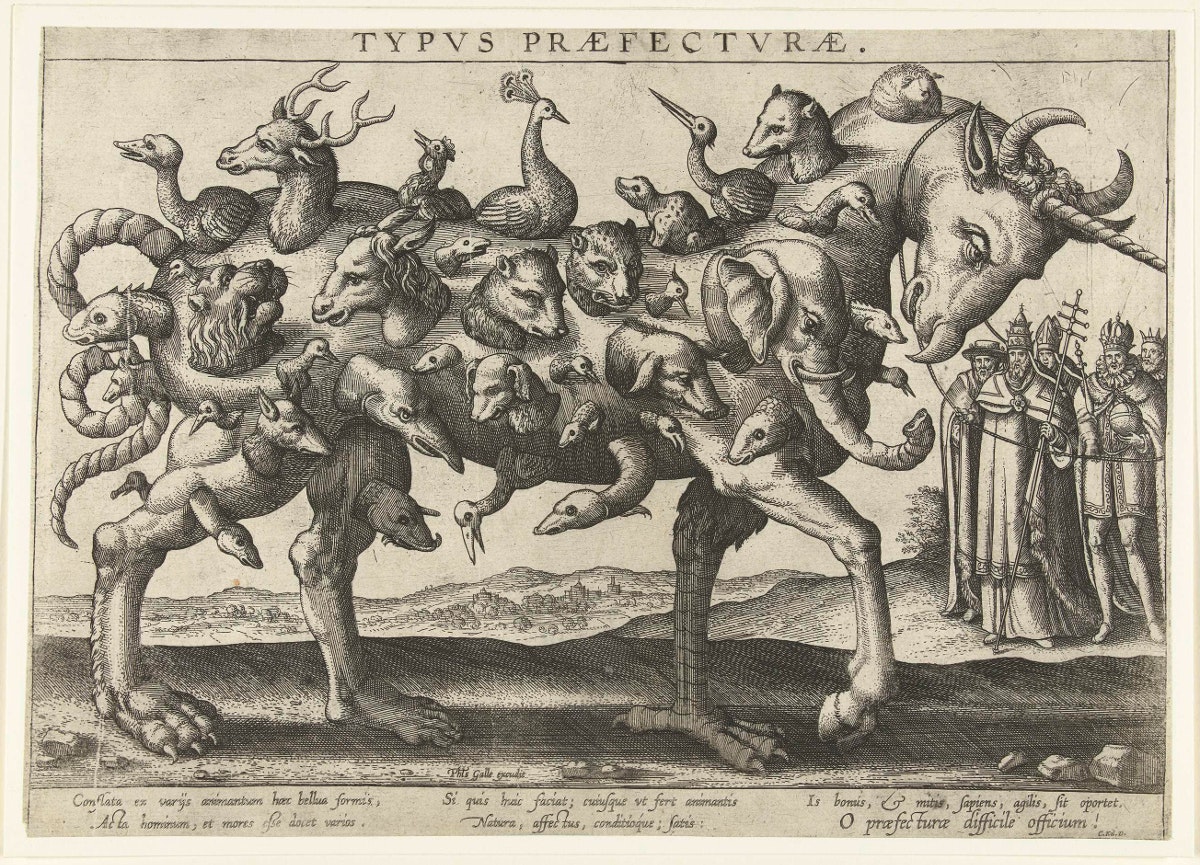 16th-century Dutch engraving depicting a fantastical animal with the heads of various other animals sprouting from its body: an allegory for the difficulty of ruling over a diverse nation. In the background, watching on, can be seen a small mob or leaders, both secular and religious. This work by Antwerp-based artist Pieter van der Borcht the Elder, with its image of a confused and troubled body politic, is perhaps just as relevant now as it was then.