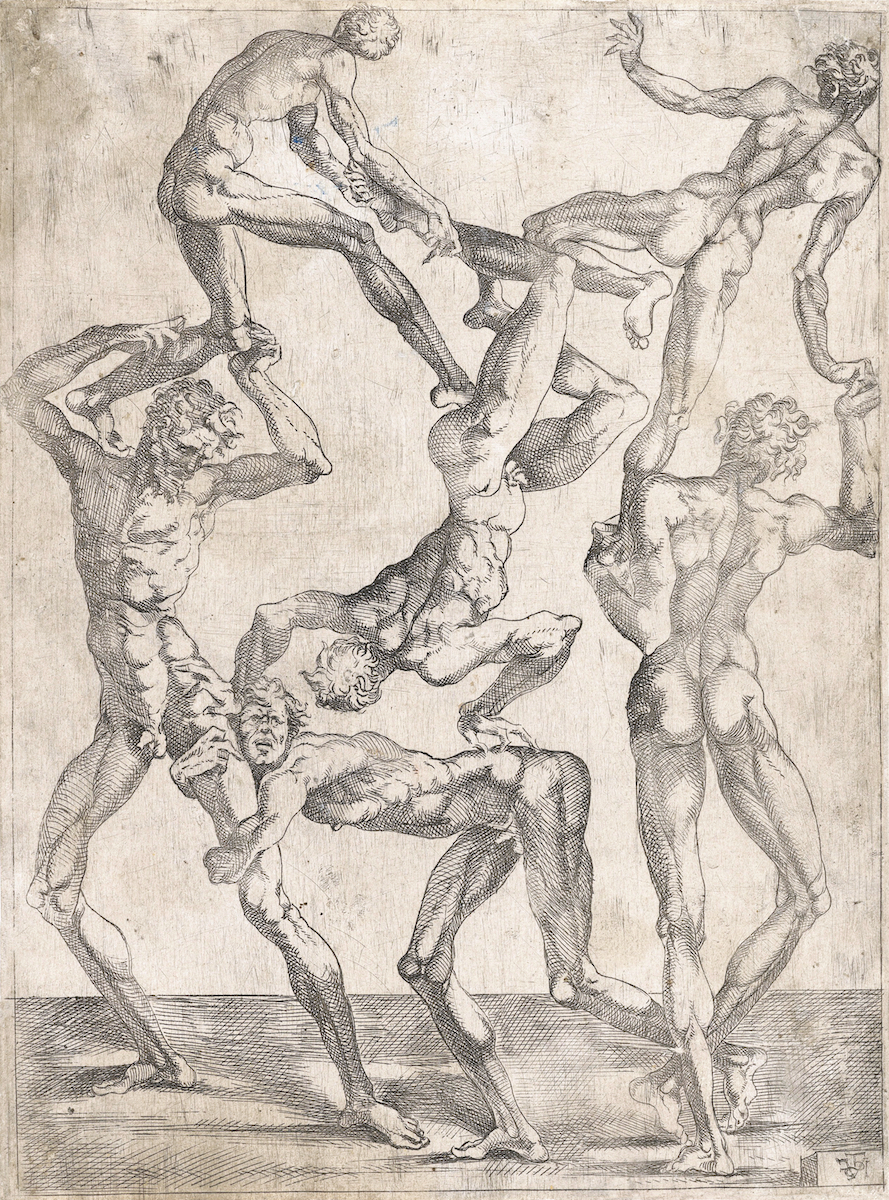 These etchings of flayed (écorché) men in acrobatic poses attributed to the Italian-born Juste de Juste (ca. 1505–1559) were almost certainly produced at the court of Fontainebleau in the 1530s. Juste de Juste was born near Florence in the early 1500s. He was the son, grandson, and nephew of Italian sculptors whose work was central to the Renaissance. Both his father and uncle —called Antoine and Jean Juste, respectively — had made their names in France, creating monuments for palaces and churches from Brittany to Paris. When he came of age, Juste de Juste followed in his elders’ footsteps. During the 1530s, he was employed at the château of Fontainebleau as a painter, sculptor, and stucco worker. It’s at least plausible he did some etchings there as well.

The French art critic Jules Renouvier (1804–1860) was the first to propose Juste de Juste as the author of this set of human pyramid prints, claiming that — to quote the art historian Catherine Jenkins — the “jumbled monograph that appears on five of the prints […] untangled to form the name IVSTE.” However, the monograph can also be untangled to form the name VISET — and the records show that an obscure engraver called Jean Viset was in fact employed at Fontainebleau in 1536.

Whoever is responsible for them, these etchings remain striking examples of the beauty of the work produced by the School of Fontainebleau, which encompassed nearly every art form — from furniture making to oil painting, sculpture to interior design. They are also notable for their influence on Henri Matisse, whose painting Dance (1910) borrows the visual energy of the old etchings to make of it something, modern, colorful, and no less strange.

See a selection of the human pyramid images in our online prints shop here. 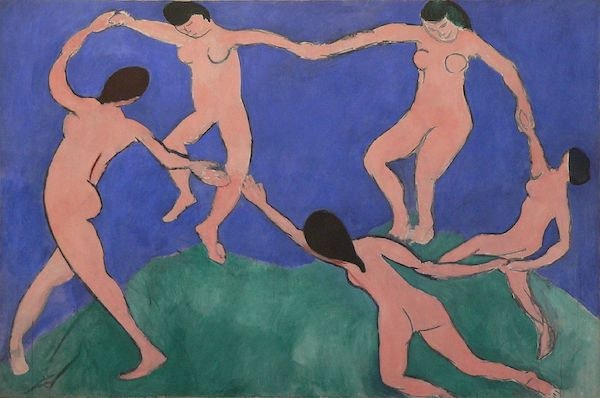 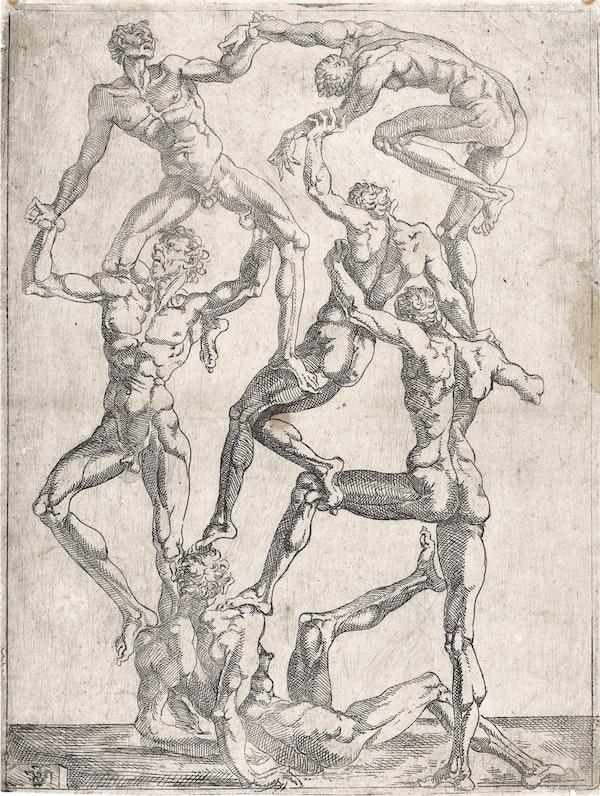 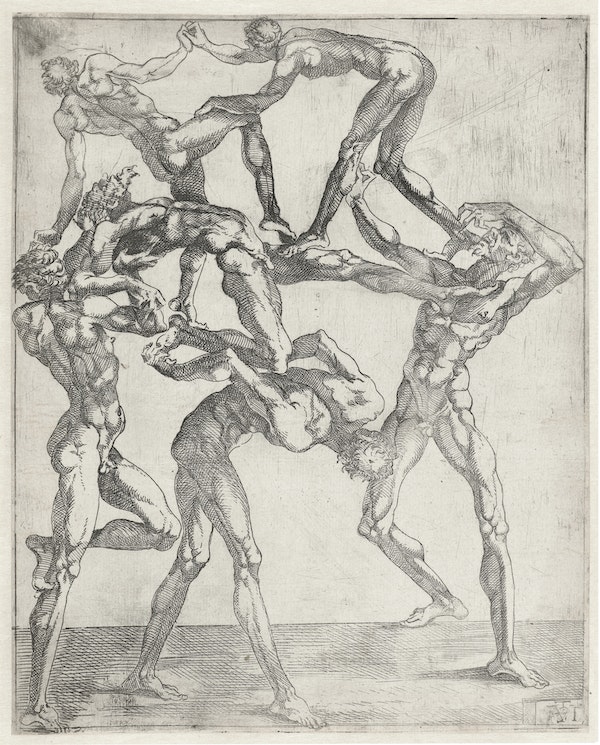 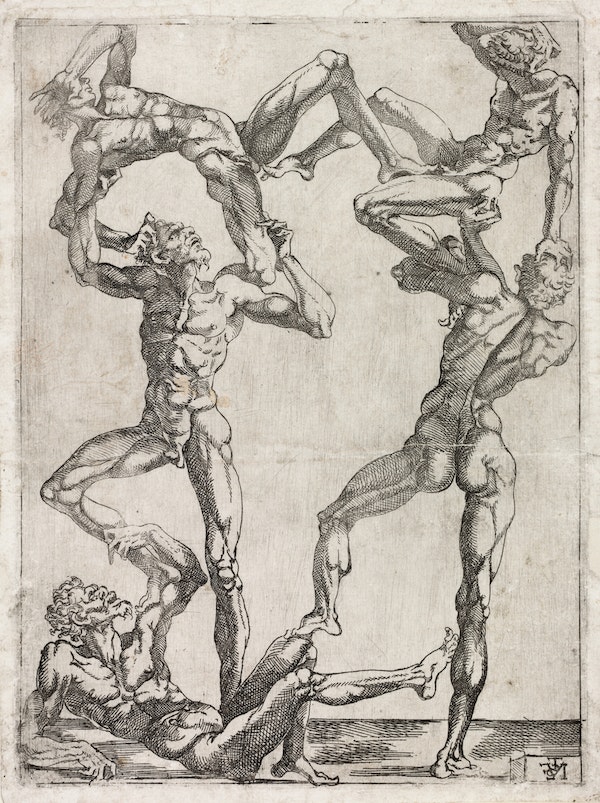