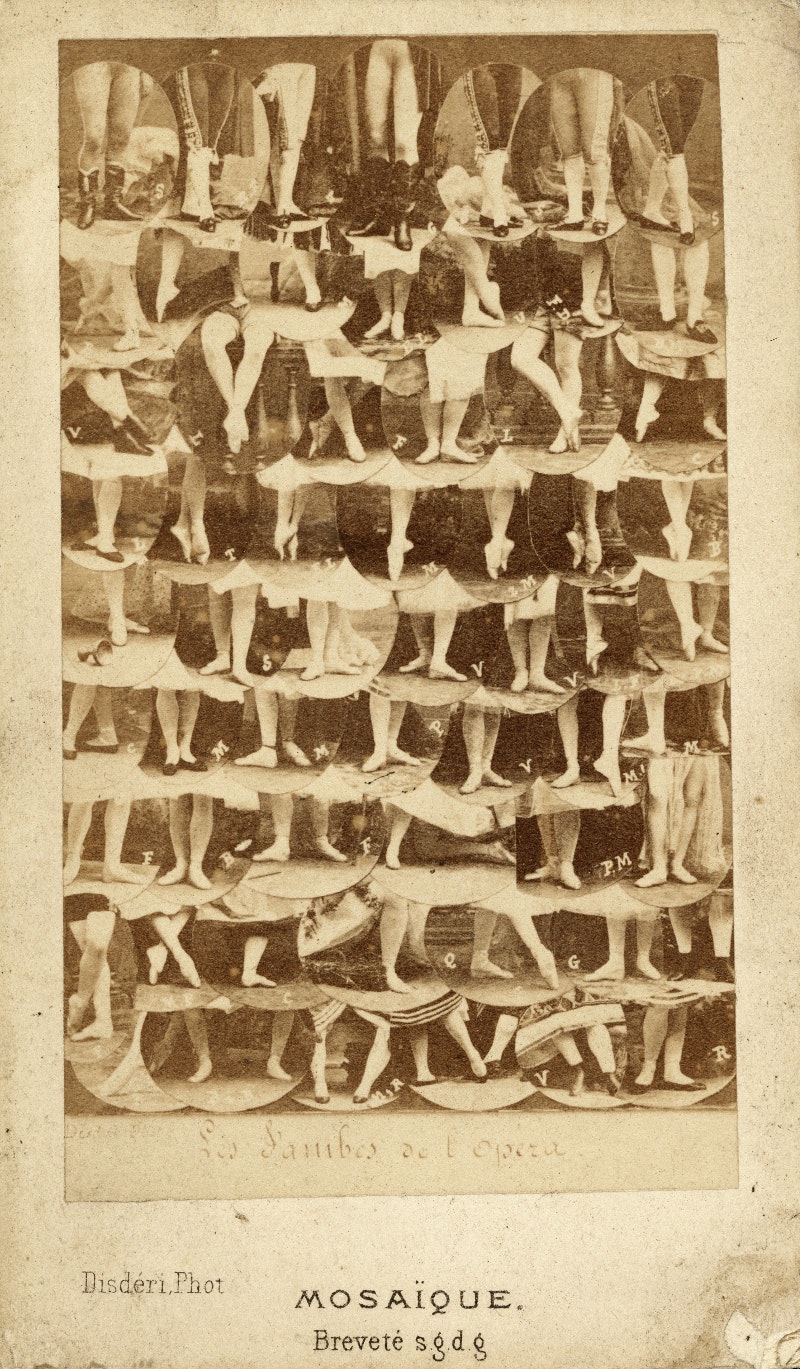 An unusual creation from the studio of André-Adolphe-Eugène Disdéri, the French photographer best known for inventing the hugely popular "carte de visite". In this wonderful example, titled "Les Jambes de l'Opera", Disdéri has created a collage composed entirely of legs belonging to opera (and ballet) stars. Although his patent on the "carte de visite" initially made him extremely wealthy, Disdéri ended up dying a penniless man. His system of reproducing photographs was itself so easy to reproduce that photographers soon did so without Disdéri benefiting, and the format was replaced in the late 60s by the larger cabinet card format.