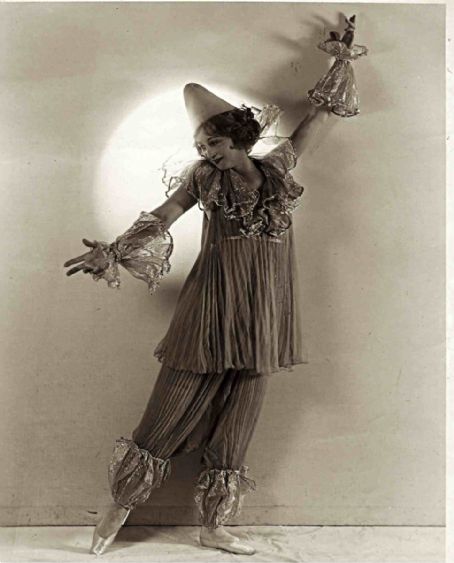 "The Yama Yama Man" was written by Karl Hoschna (music) and Collin Davis (lyrics) for the Broadway show The Three Twins (1908). Bessie McCoy's signature performance of the song, in a satin Pierrot clown costume with floppy gloves and a cone hat, was key in establishing the song's popularity. The July 25, 1908, edition of Billboard magazine reported the following story how the song originated. When The Three Twins was rehearsing in Chicago, prior to first opening, Karl Hoschna, the composer, was asked to furnish a "pajama man song". He wrote one called The Pajama Man only to learn that it could not be used owing to another pajama number booked at the Whitney Opera House the next day. Gus Sohlke, the stage director, happened to pass a toy store and saw in the window a doll built out of triangles. Realizing that this had never been used in stage work he decided to have a triangular man chorus in place of The Pajama Man. That afternoon as he, Collin Davis and Hoschna sat together wondering what they would call the song, Sohlke kept repeating "Pajama jama yama yama". Suddenly he brightened up and cried "Did either of you fellows ever hear of a Yama Yama Man?" Of course neither one had and Sohlke confirmed "Neither have I! Lets call the new song Yama Yama Man". Quickly Davis set to work to write a lyric around the title and that night Sohlke and Hoschna locked themselves in a room with Bessie McCoy and rehearsed the Yama song and dance for five hours. Ada Jones recorded "Yama Yama Man" in 1909 for Victor Light Opera Company. The lyrics for verse two and three were changed, verse two being more bawdy. It spent five weeks at #1 in 1909 and was the most popular song of her career. (Wikipedia)