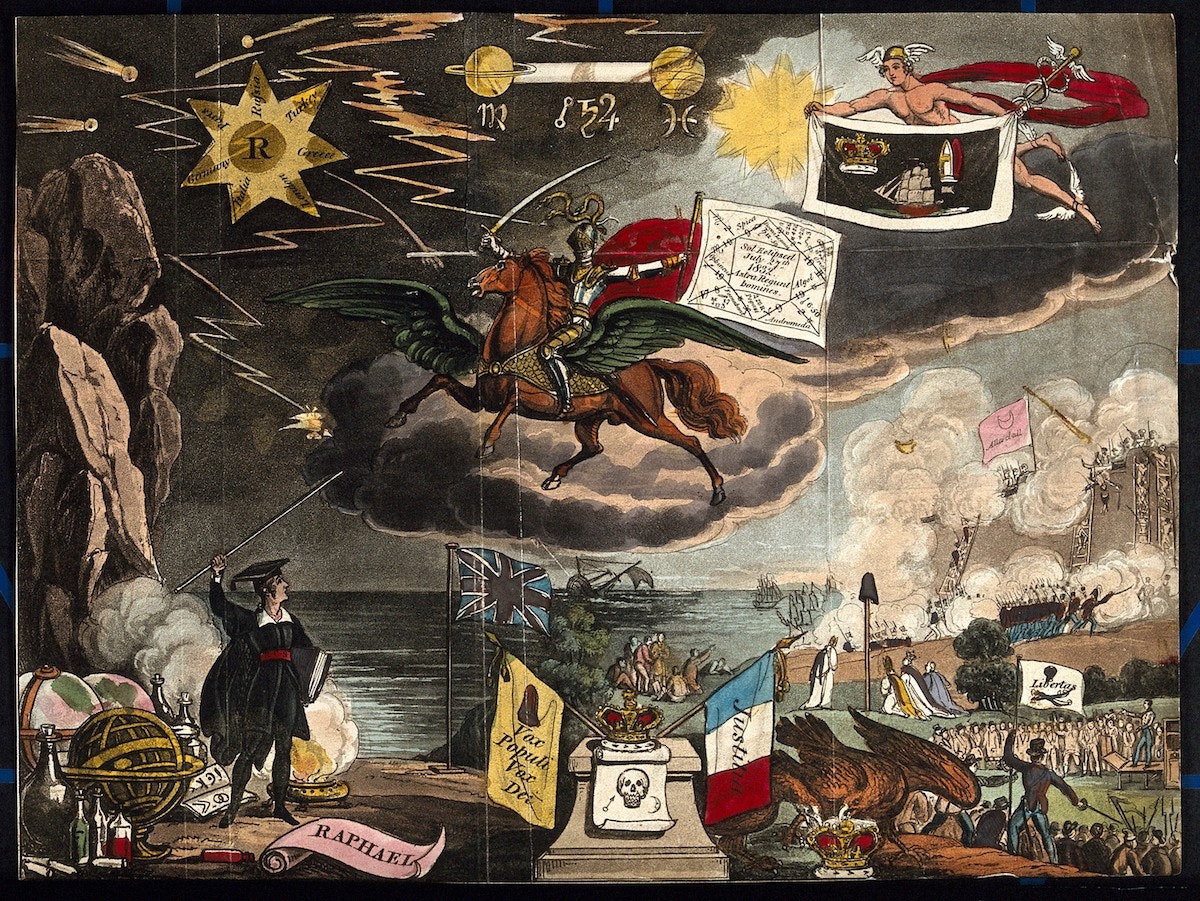 These colored lithographs, labelled as apocalyptic scenes by the Wellcome Collection, were printed in conjunction with the astrological magazine the Prophetic Messenger, aka Raphael’s Almanac, which ran from 1827 to 1861. Raphael, a pen name, was intended to invoke the power of the archangel Raphael — traditionally linked to Mercury, the messenger of the gods. It was used by several British astrologers in the first half of the nineteenth century, who together contributed to the revival of astrology.

While the lithographs are difficult to interpret on their own, they do give us a sense of how Raphael’s astrological predictions differed from the ones generally found in newspapers today. They are not, for one thing, very concerned with the destiny of individuals. Instead, they favor crowded scenes of warfare and disaster, including pictures of shipwrecks, earthquakes, riotous assemblies, lightning storms, and demons. Queen Victoria, Napoleon III, the Boxer Rebellion, “Hibernia pleading with Brittania,” “a mob addressed by rival orders” — these were the common subjects of the day. While not always easy to decipher, apparently the meanings to these cryptic scenes would be spelled out in the subsequent issue of the magazine.

Poring over the elaborate cartoons with their gathering of figures, texts, symbols, and landscapes, one begins to see the appeal of Raphael’s view of the world. At least it attempted to make sense of the huge, unpredictable movements of history, which still fail to make sense to us today. 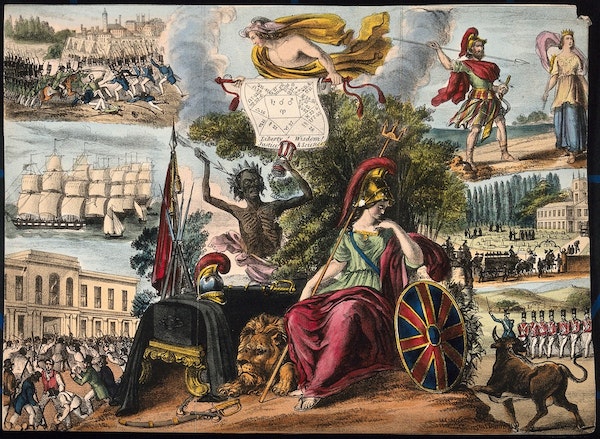 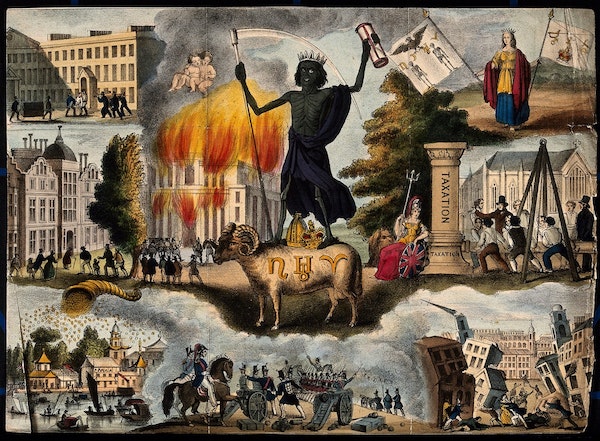 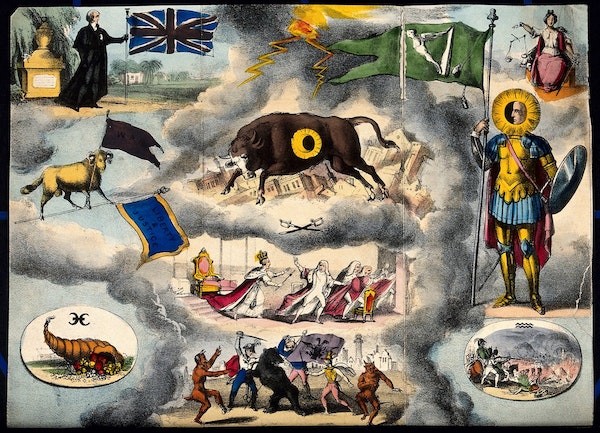 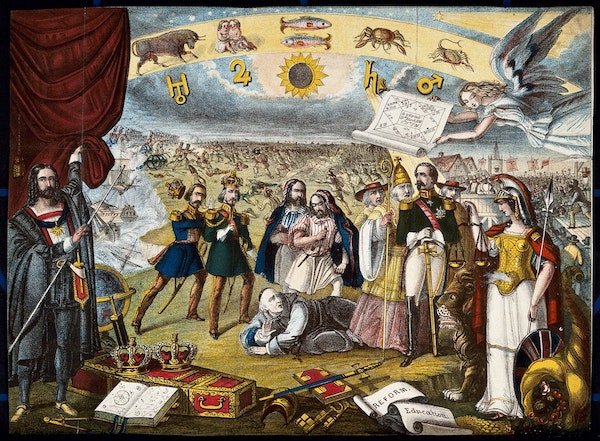 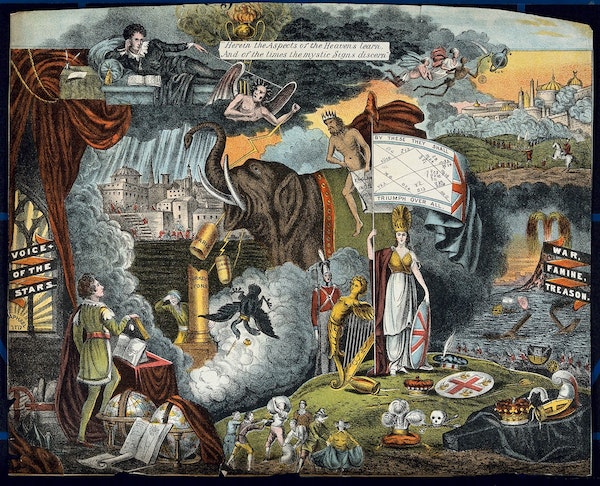 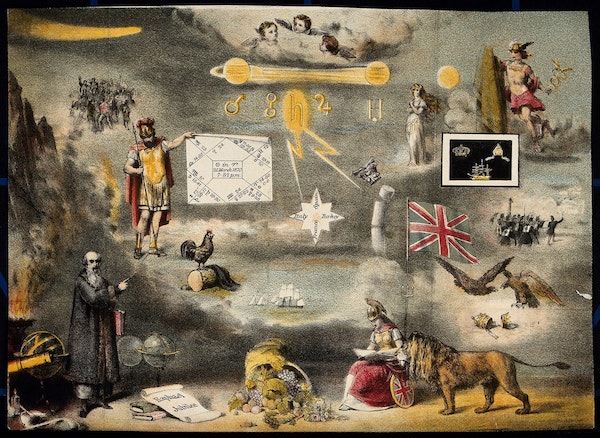 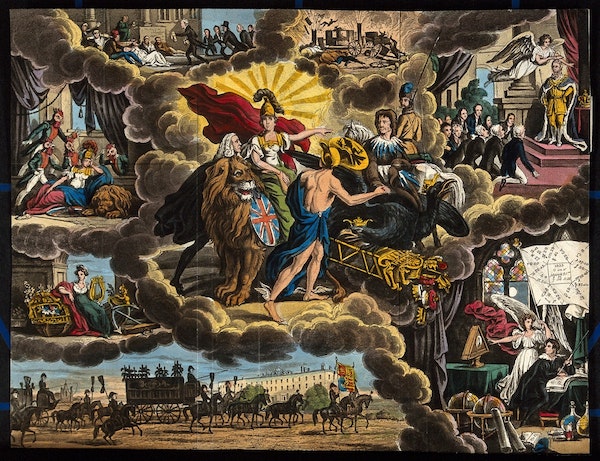 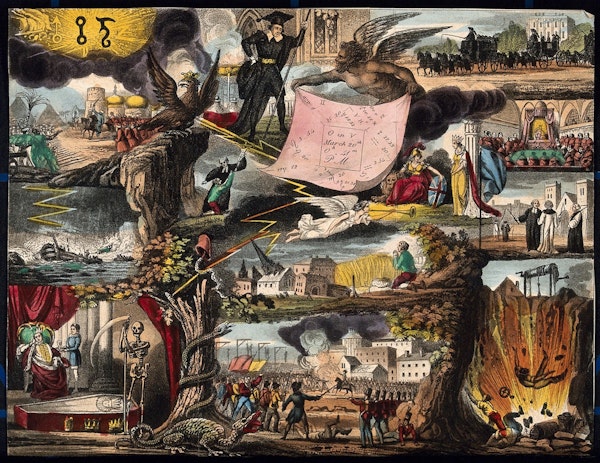 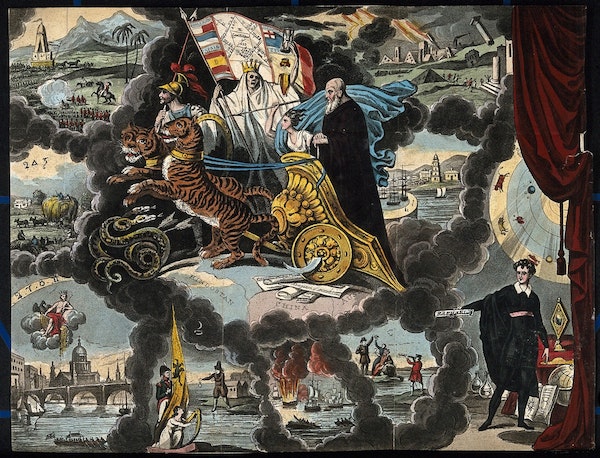 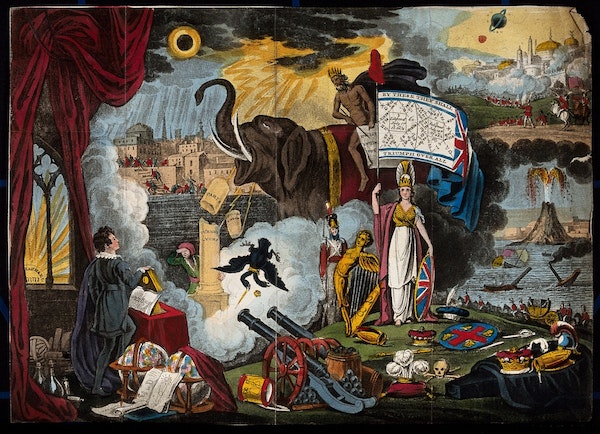 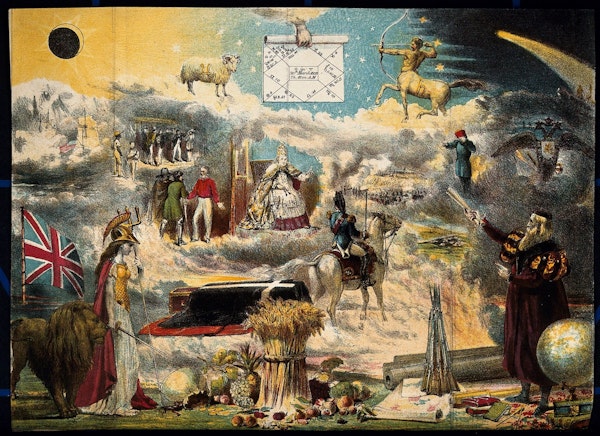