When the French explorer Lapérouse went missing, a search voyage was put together to retrace his course around the islands of Australasia. On the mission was the naturalist Jacques Labillardière who published a book in 1800 of his experiences. Edward Duyker, author of Citizen Labillardière: A Naturalist’s Life in Revolution and Exploration (1755-1834), explores the impact of his pioneering work. 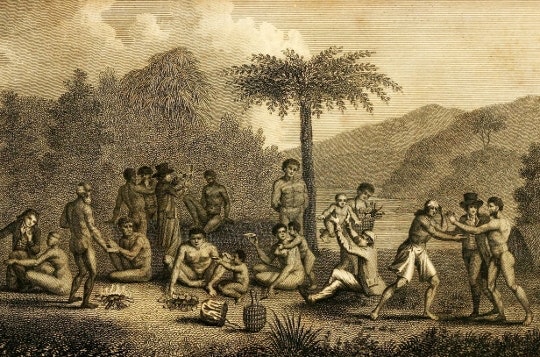 Jacques-Julien Houtou de Labillardière’s Relation du voyage à la recherche de La Pérouse (1800) is a personal account of an attempt to solve a mystery which began in March 1788. After a five week sojourn–following up on James Cook’s discoveries, investigating reports of a new British colony and undertaking scientific work - the French explorer Jean-François Galaup de Lapérouse sailed out of Botany Bay, New South Wales, and was never seen again by Europeans. His disappearance was a matter of great national concern in France. Just before mounting the scaffold of the guillotine, Louis XVI is said to have asked: ‘Is there any news of M. de Lapérouse?’. In 1791, when the French National Assembly decided to send a rescue expedition, probably the first humanitarian mission on a global scale in world history, Admiral Antoine Raymond Joseph Bruny d’Entrecasteaux was chosen as the commander of its two ships: Recherche and Esperance (‘Search’ and ‘Hope’).

We know now that Lapérouse’s expedition was wrecked off Vanikoro in the Solomon Islands. Although d’Entrecasteaux sailed very close to Vanikoro, he failed to discover the fate of Lapérouse and ultimately perished during the voyage. Nevertheless, his expedition made a number of significant geographical discoveries. In Tasmania these discoveries included Recherche Bay, the D'Entrecasteaux Channel (between the mainland and Bruny Island) and the estuaries of the Huon and Derwent Rivers. In Western Australia, d’Entrecasteaux discovered Esperance Bay and surveyed the Archipelago of the Recherche. He also discovered islands in the d’Entrecasteaux group off New Guinea and named and surveyed the Huon Peninsula. Furthermore, his expedition was of considerable significance in the history of geophysics, for it returned with the first survey of global magnetic intensity, proving that it strengthens away from the equator to both north and south. 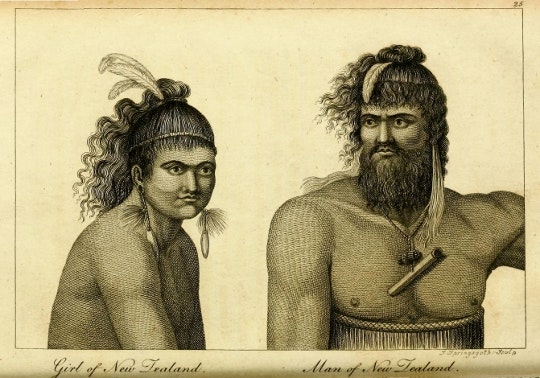 D’Entrecasteaux’s voyage also yielded significant natural history collections and ethnographic observations – including some of the earliest recorded observations of the Aboriginal people of Tasmania. The most valuable contributions in these areas was made by the naturalist Labillardière. His Relation du voyage à la recherche de La Pérouse – one of the classic works of French travel literature – published by the printer and bookseller H.-J. Jansen in the rue des Maçons, was accompanied by an atlas of impressive engravings based on sketches of scenes by Jean Piron, but also of plants by the great Pierre-Joseph Redouté and of birds by Jean-Baptiste Audebert. Labillardière’s Relation proved to be an international best seller. There were several French editions and in 1817 the Atlas was reprinted. Four English editions quickly appeared between 1800 and 1802, and German editions were published in Hamburg (1801) and Vienna (1804). Through his authorship of the Relation du voyage à la recherche de La Pérouse, Labillardière helped to usher the southern continent into the European imagination and may even have helped precipitate British pre-emptive settlement of Van Diemen’s Land (Tasmania).

Labillardière would also produce what in practical terms was the first published flora of Australia: the magnificent two-volume Novae Hollandiae plantarum specimen (1804–06) containing 265 copperplate engravings. Labillardière has the distinction of having named the floral emblems of Tasmania (Eucalyptus globulus) and Victoria (Epacris impressa), as well as the genus Anigozanthus to which the floral emblem of Western Australia belongs. Later he published the first flora of New Caledonia, Sertum austro-caledonicum (1824—1825), which unlike his earlier works was not organized on Linnean lines. 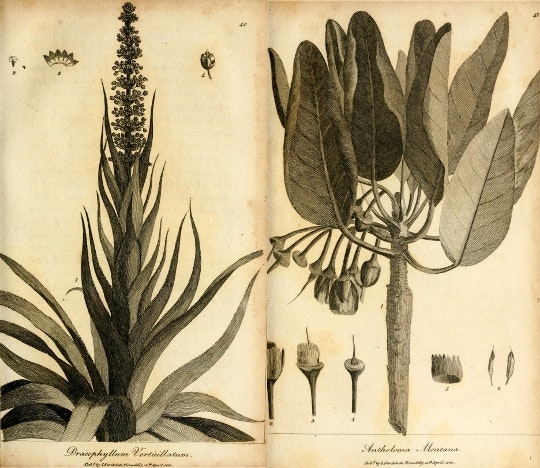 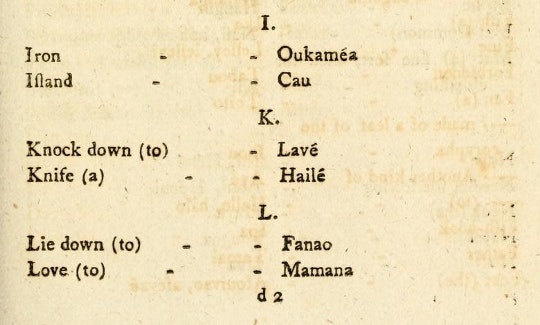 Born in Alençon, Normandy, in 1755, Labillardière was the son of a lace merchant. After studies at Alençon’s Collège Royale, he studied botany and medicine at Montpellier under Antoine Gouan (a correspondent of Linnaeus), Reims and then in Paris where he came under the influence of Louis-Guillaume Le Monnier, Professor of Botany at the Jardin du Roi. He visited England in 1783 and met Sir Joseph Banks. On his return to France, Labilllardière travelled in the Alps with Dominique Villars and later Carlo Antonio Bellardi. In 1787—8, with the assistance of Le Monnier and Foreign Minister Vergennes, he collected in Cyprus, Lebanon and Syria—travels which provided the foundations for his important early work on the botany of the Near East: Icones plantarum Syriae rariorum (1791—1812). He was selected to join d'Entrecasteaux's expedition in 1791. Labillardière was a supporter of the French Revolution and was known for his difficult temperament. After the disintegration of the d’Entrecasteaux expedition, on royalist and republican lines in the Dutch East Indies, he suffered the indignity of internment and having his natural history specimens confiscated. Fortunately for posterity, these precious collections were returned through the gracious intervention of Sir Joseph Banks. 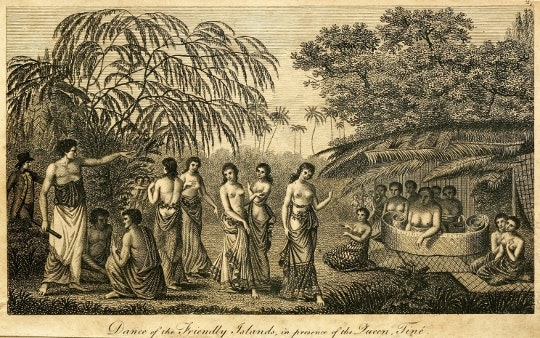 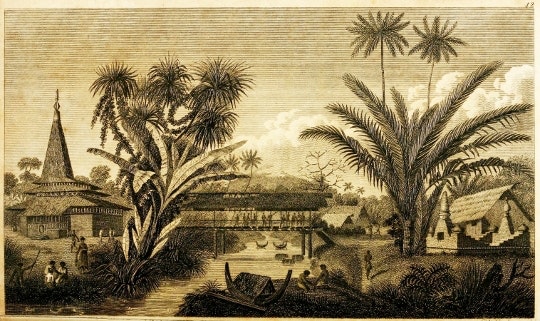 Although the Relation hints at sympathy for the ‘transmutationist’ ideas of Lamarck, Labillardière did not develop any evolutionary notions based on his field research­. Nevertheless, his books and articles had considerable taxonomic, systematic, biogeographic and morphological significance, and it was upon such foundations that later evolutionary ecology was built. In an age when the discovery of new species and genera was often seen as the apogee of botanical pursuit, Labillardière was accorded ample kudos. Even today, some fifty of the plant genera he established survive. However, in his Relation and in a number of scientific papers, Labillardière ventured beyond a mere cataloguing of nature. He had a strong interest in applied botany and his writings contain numerous observations on subjects such as timber, plant fibres, food crops and herbal pharmacology. They also include studies of significant aspects of animal behaviour and physiology. And aside from his commercial-military strategic perceptions — such as the advantages offered by the D’Entrecasteaux Channel for a trading maritime power, or the value of cultivating New Zealand flax for naval cordage - Labillardière’s applied observations often had enduring ethnological significance. Furthermore, as an ethnographer he attempted to apply empirical methods to record the customs and social structures of indigenous communities he encountered in Australia and the Pacific. Arguably his vocabularies of native languages, as keys to cultural understanding, also beg comparison with his systematic botanical descriptions, representing as they do a necessary ordering of the natural world on the threshold of modern ecological and evolutionary understanding.

In the wake of Napoleon’s victories in Italy, Labillardière was appointed a special commissioner by the French government and to his discredit was involved in the plunder of Italian museums and libraries for France. In 1799 he married Marthe Goudes Desfriches, the twice-widowed daughter of a military surgeon, but they had no surviving children. He was elected a member of the Institut de France in 1800. Labillardière died in Paris on 9 January 1834 and is buried in Père Lachaise Cemetery. The English botanist Sir James Edward Smith named the genus Billardiera in his honour.

Edward Duyker is the author of Citizen Labillardière: A Naturalist’s Life in Revolution and Exploration (1755-1834), Miegunyah/Melbourne University Publishing, Melbourne, 2003. This biography won the New South Wales Premier’s General History Prize in 2004. He is Adjunct Professor of the Faculty of Arts and Sciences, Australian Catholic University, and Honorary Senior Lecturer in the Department of French Studies, University of Sydney. In 2007 he was elected a fellow of the Australian Academy of the Humanities.