Understanding the same laws to apply to both visual and aural beauty, David Ramsay Hay thought it possible not only to analyse such visual wonders as the Parthenon in terms of music theory, but also to identify their corresponding musical harmonies and melodies. Carmel Raz on the Scottish artist’s original, idiosyncratic, and occasionally bewildering aesthetics. 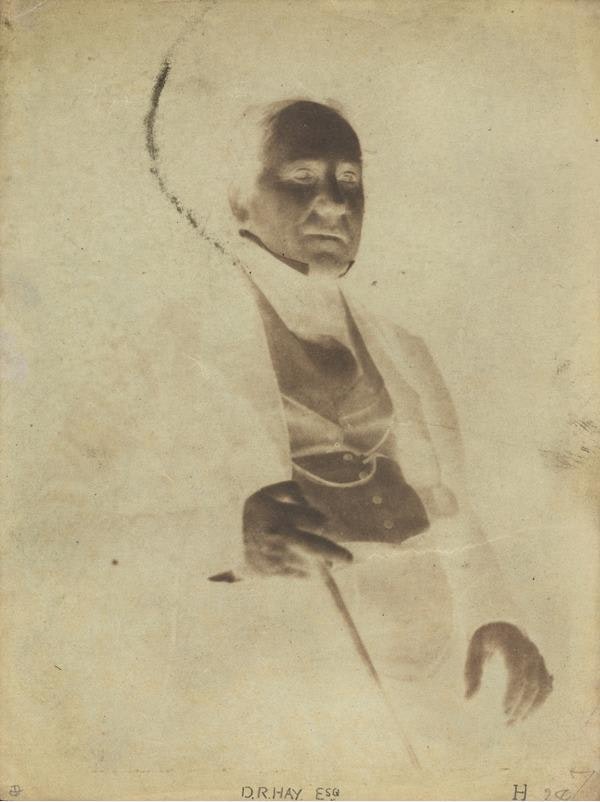 "All art constantly aspires towards the condition of music.” So wrote the Victorian art critic Walter Pater in 1888. Earlier in the century, Scottish artist David Ramsay Hay composed a series of fifteen books published between 1828 and 1856 that attempted to develop a theory of visual beauty from the basic elements of music theory. Anticipating Pater but also fin-de-siècle attempts to unite the arts via spiritual or synesthetic affinities, Hay’s writings mapped colors, shapes, and angles onto familiar musical constructs such as pitches, scales, and chords. While these ideas might appear highly eccentric today, an understanding of them offers a glimpse of the remarkable importance of music to the Victorian Zeitgeist.

In spite of the unabashedly speculative nature of his theories, Hay’s claim to have understood the psychology of beauty profoundly shaped mid-nineteenth-century notions of aesthetics, an influence amplified through his professional activities as a fellow of the Royal Society of Edinburgh and as the official interior designer to Queen Victoria. His books were reissued in multiple editions and translated into both German and French, and they gained traction with leading scientists of the time, including Adolf Zeising, John Addington Symonds, and Thomas Laycock. And yet, his ideas remained complex and idiosyncratic.

Hay’s approach to visual aesthetics was equally applicable to architecture, color theory, the ornamental arts, and the human face and figure. It can be understood as a psychological account of beauty, as opposed to other contemporary theories that anchored beauty in notions of the picturesque, the mimetic, or the sublime. Though analogies between music and the fine arts certainly do not originate with Hay, his application of music theory to an extensive array of visual experiences including color, shapes, figures, and architecture broke new ground. Rather than locating musical properties in the objects themselves, as earlier thinkers ranging from Plato to Newton had done, Hay worked in the post-Kantian tradition, regarding these features as immanent to our own minds, where they create our experience of beauty by determining the very structure of our perceptions.

Hay defined his project as the development of a science of aesthetics based upon what he called the “great harmonic law of nature which pervades and governs the universe”.1 He wrote that

there appears to be implanted in the human mind a governing principle of harmony of a mathematical nature, responsive to impressions made upon the organs of sense by certain combinations, motions, and affinities in the elements of matter.2

The fact that we derive pleasure from hearing certain concordant intervals, that derive from what is known as the overtone series, for Hay demonstrates that nature and humanity are governed by the same principles.3 He takes this further: the physiological affinity between seeing and hearing means that these laws extend not only into music but into the visual world too.4 After all, he observes, “the eye and the ear are various in their modes of receiving impressions; yet the sensorium is but one, and the mind by which these impressions are perceived and appreciated is also characterised by unity.”5 Since both sight and hearing are processed by the mind, they should be governed by similar principles. 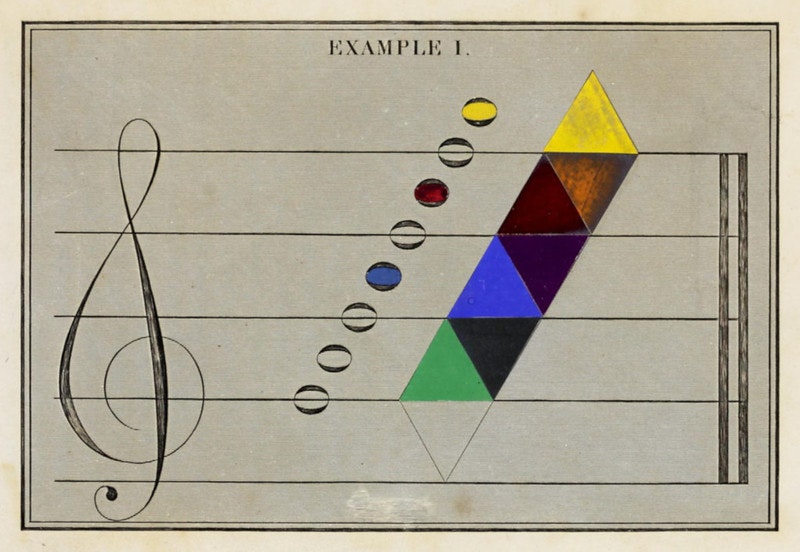 Hay's mapping of colour onto musical notes, a diagram from his The Laws of Harmonious Colouring (1838) — Source.

Throughout his writings, Hay consistently links the claim that a single fundamental law of nature determines aesthetic perception to the work of the philosopher and mathematician Pythagoras. “From the teachings of this great philosopher and his disciples,” Hay writes,

the harmonic law of nature, in which the fundamental principles of beauty are embodied, became so generally understood and universally applied in practice throughout all Greece, that the fragments of their works are still held to be examples of the highest artistic excellence ever attained by mankind.6

Hay ascribes the superiority of ancient Greek artists to their reliance on the Pythagorean system of harmonic numbers, regardless of whether they were designing a building or a vase. And since, Hay argues, the Greeks’ artistic brilliance was the fruit of a psychological phenomenon,7 it should be possible to combine Pythagorean tenets with an empirical investigation of beauty. Or so he fervently believed.

Hay’s work contains relatively naïve comparisons of various musical concepts (such as scale degrees, chord inversion, and melody) to diverse visual forms (such as geometrical shapes, angles, and color combinations). For example, in The Natural Principles and Analogy of the Harmony of Form (1842), he constructs an analogy between the circle, triangle, and square, and the tonic, mediant, and dominant (the first, third and fifth notes of the scale, which, when played together with the upper octave of the first note, form the most basic kind of chord, the so-called triad). The three geometrical shapes, Hay argues, analogously comprise the fundamental triad of visual beauty. This is all depicted graphically in Hay’s diagram, which incorporates three smaller figures. 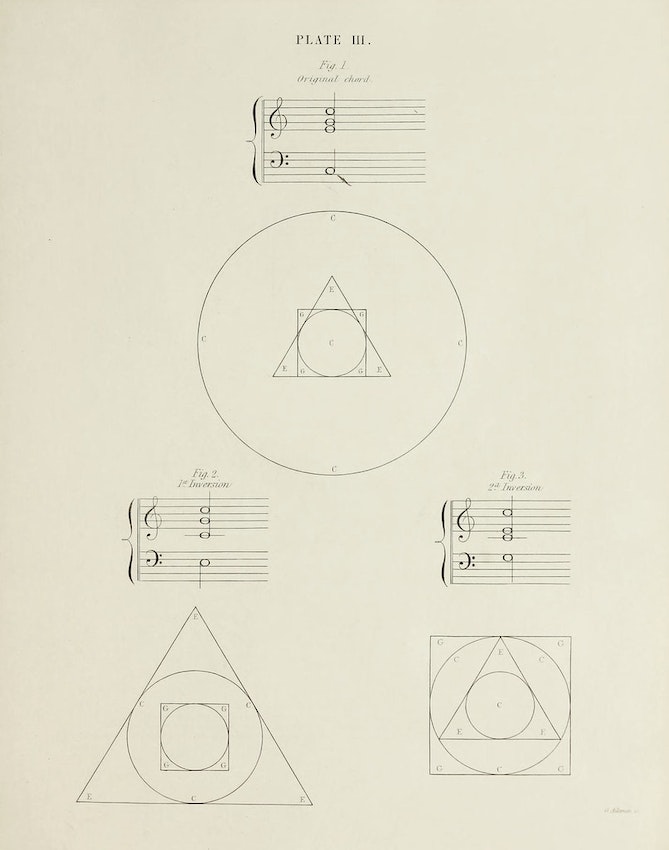 Plate III from Hay's The Natural Principles and Analogy of the Harmony of Form (1842) — Source. See below for explanatory animation of the diagram.

In the first of these, at the top of the diagram, the musical triad (with its lowest note, the tonic, C, replicating an octave higher) is matched to a compound figure comprising a number of shapes: a large circle (representing the tonic, the low C), a much smaller triangle centered within that circle (representing the chord’s next note up, the mediant, E), a still smaller square (the dominant, G), and finally, within that square, a second, much smaller circle, representing the upper-octave replication of the tonic, C. Here, the relative sizes of the shapes are determined by the relative pitch heights of the notes they represent: lower notes get larger shapes. The next two figures within the diagram show the two “inversions” of the musical triad: here, the mediant (E) and then the dominant (G) become the lowest sounding note (instead of the tonic note). The geometrical shapes that represent those notes (first a triangle for E, then a square for G) then undergo an analogous “inversion” in space, as their relative positions and sizes change to reflect the changes in the relative pitch heights of the notes.

This use of basic shapes allowed Hay to analyze complex architectural structures in a new way — by breaking them down into their simplest constituent parts. When these basic elements are superimposed onto each other, they form a harmony, and when they are arranged in a series, they form a melody. The resulting harmonies or melodies can then be evaluated according to the simplicity and regularity of their proportions: the more beautiful an object, the more harmonious it will be. To this end Hay identifies the “most perfectly harmonious production in architecture that exists”: the Parthenon of the Athenian Acropolis.8 The animation below shows Hay’s diagram of the “melody” of the portico of the Parthenon, sat on the hill, which Hay transcribes as the first, third, and fifth note of a scale. 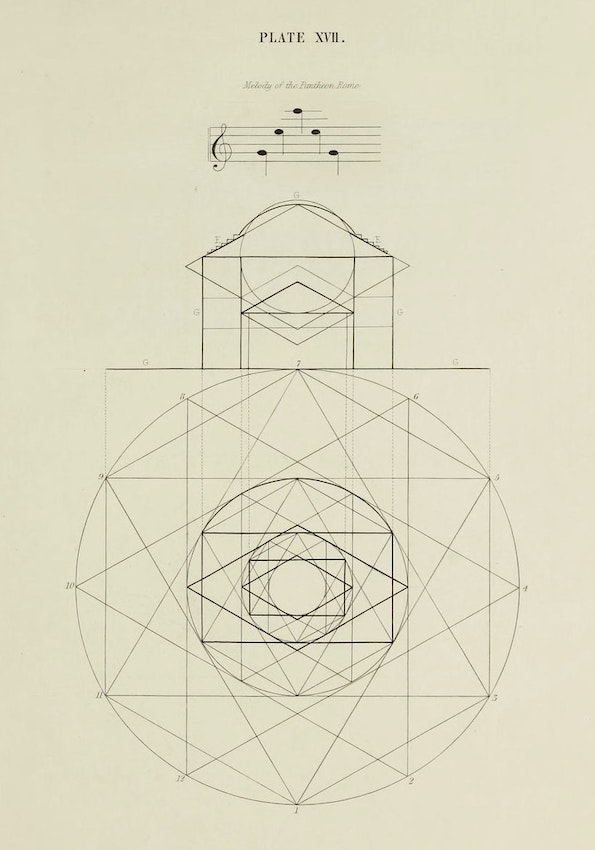 Hay applied the theory to other notable buildings. Here is the Pantheon in Rome: the lower diagram showing the building's main forms superimposed on each other. From Hay's The Natural Principles and Analogy of the Harmony of Form (1842) — Source.

Hay’s more mature work applied music theory to angles rather than shapes, contours, or colors. In The Science of Beauty, as Developed in Nature and Applied in Art (1856), he begins with a discussion of Pythagorean numerology, which he uses to generate a series of four scales. The proportional relationships involved in these scales map onto the “just intonation” scales, from which Hay derives a categorization of various kinds of angles. These relationships, he claims, are the “simple elements of the science of that harmony which pervades the universe, and by which the various kinds of beauty aesthetically impressed upon the senses of hearing and seeing are governed.”9 That is to say, Hay attributes the subjective sensation of aesthetic beauty to the effect of certain simple proportions on the senses of hearing and seeing. He then aligns this with a broader notion of cosmic harmony.

This vast systemization reaches new heights when Hay revisits the Parthenon and offers a fresh analysis. Given that all of the angles of this edifice can be described as divisions of a 90° angle (using the simple factors of 2, 3, 5, 7, and 9 that correspond to 45°, 30°, 18°, 12.85°, and 10°), he maintains that the specific proportions of their angles can be compared to the proportions of the musical scale: the elementary triad of tonic (first in the scale), dominant (fifth) and mediant (third) angles, alongside the subtonic (seventh) and supertonic (second) angles. That is to say, the edifice (as a visual form) and the scale (as a musical construct) are understood as analogous assemblages of harmonious proportions.

Hay then seeks to prove his theorem through the analysis of Greek vases, column ornaments, color arrangements, and idealized faces and figures. 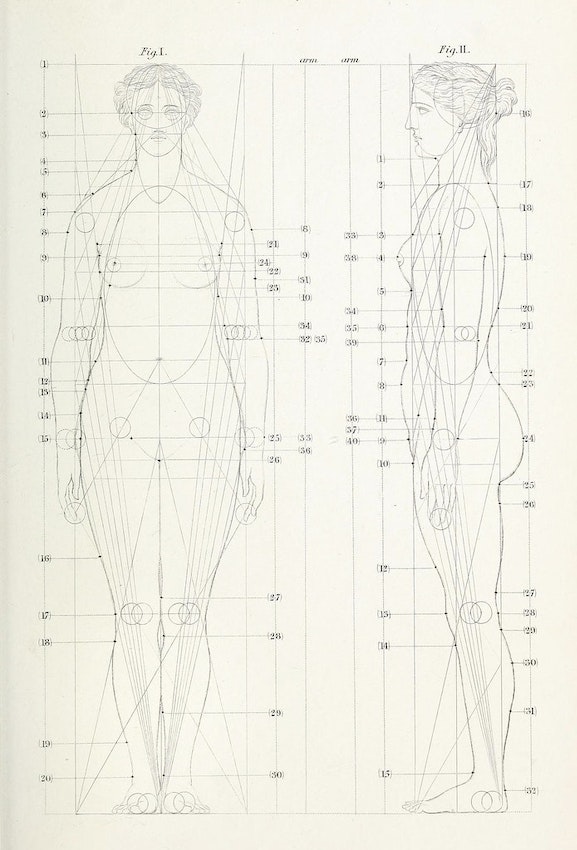 Plate XIX from Hays's The Science of Beauty: As Developed in Nature and Applied in Art (1856) — Source. 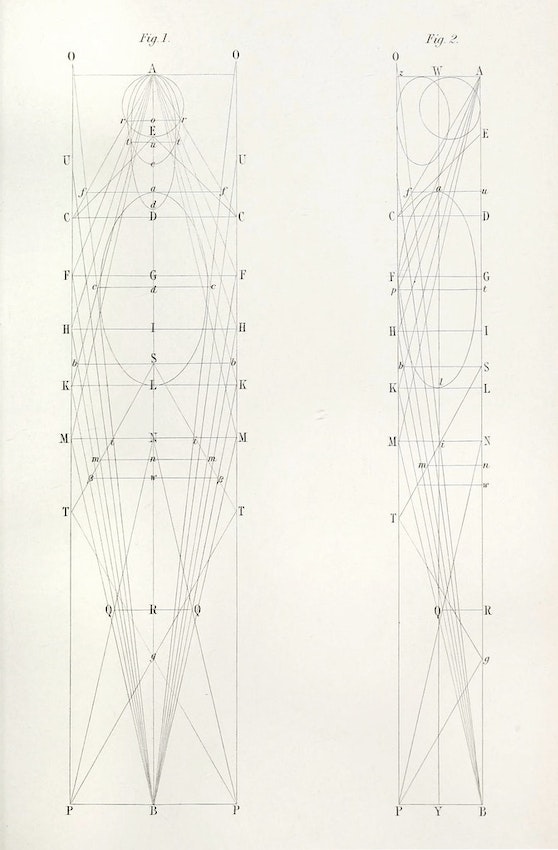 Plate X from Hays's The Science of Beauty: As Developed in Nature and Applied in Art (1856) — Source. 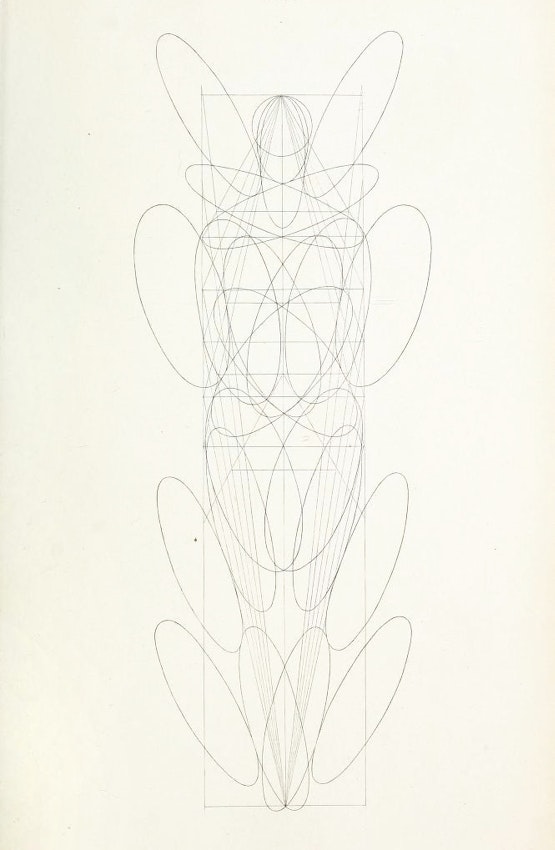 Plate XX from Hays's The Science of Beauty: As Developed in Nature and Applied in Art (1856) — Source.

His central conclusion is that nine of the angles governing the portico of the Parthenon also define the angles of the ideal female figure. Tallying measurements of ancient Greek sculptures with the empirical dimensions of six female models employed by the Scottish Academy of the Arts, Hay contends that his results confirm Vitruvius’s assertions that ancient Greek architecture was modeled on the proportions of the human body. Here the “male gaze” extends from women’s bodies to ancient buildings; both are judged by the very same criteria.

Hay’s attempt to articulate abstract properties of visual aesthetics by using the language of music is not always convincing. Even once his claims are grasped — a tall order even for those initiated into the ways and whiles of music theory — they often appear both bizarre and speculative. All the same there is something highly appealing in his ideas, something alluring in using music theory to open up new ways of approaching visual forms. The metaphor often attributed to Schelling, that architecture is music frozen in time, can be refracted against Hay’s project: to gaze upon beauty — whether in the form of a building, a vase, a color combination, or the human physique — was, for Hay, to experience the geometrically ordered music of the spheres.

Carmel Raz is a Research Group Leader at the Max Planck Institute for Empirical Aesthetics in Frankfurt, Germany, where she leads a group entitled “Histories of Music, Mind, and Body”. Her primary research interests focus on the music and neural science of the early Romantic period, in particular the influence of different theories of cognition on musical works, instrument design, and aesthetics. She is also interested in eighteenth-century Scottish philosophy, historical theories of attention, and role of musical performance in philosophical conceptions of automatism.