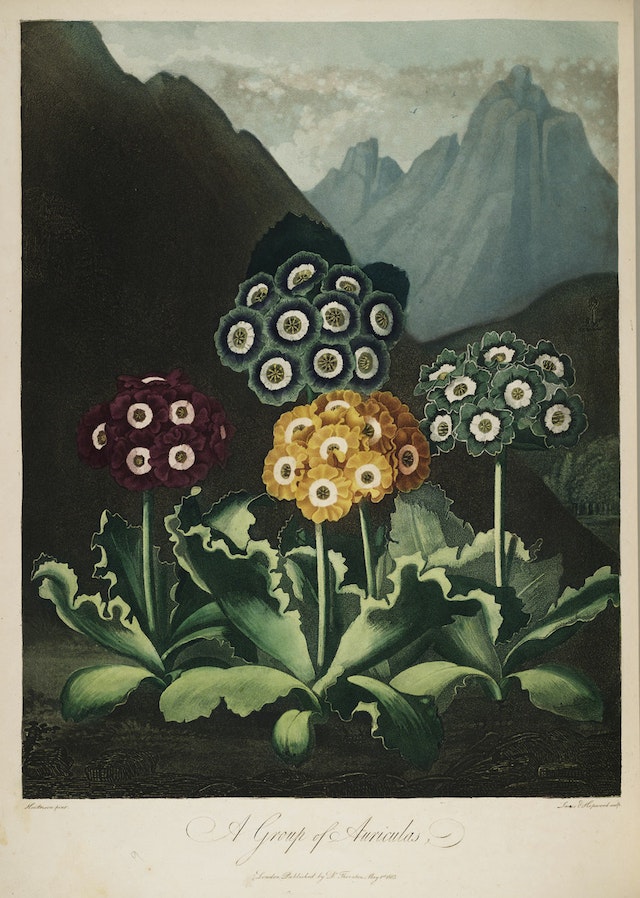 One of the many exquisite illustrative plates to be found in "The Temple of Flora", the third and final part of Robert John Thornton's New illustration of the sexual system of Carolus von Linnaeus, a work considered by many to be the finest of all books about flowers. In addition to the stunning depictions of flora, notable for their novel and dramatic backdrops, for each featured flower Thornton compiled a variety of descriptions (often highly sexualised) and poetic odes (including from Erasmus Darwin's The Botanic Garden). Thornton employed a variety of artists to carry out his vision for the illustrative plates, including the engravers Thomas Medland and Joseph Constantine Stadler, who used a variety of engraving techniques to produce the images including aquatint, stipple, and line. Orginally planned to contain as many as seventy folio-size plates, Thornton had to stop at thirty-three after a lack of interest from the public spelled disaster for the project. (Image source: Missouri Botanical Garden via Biodiversity Heritage Library)