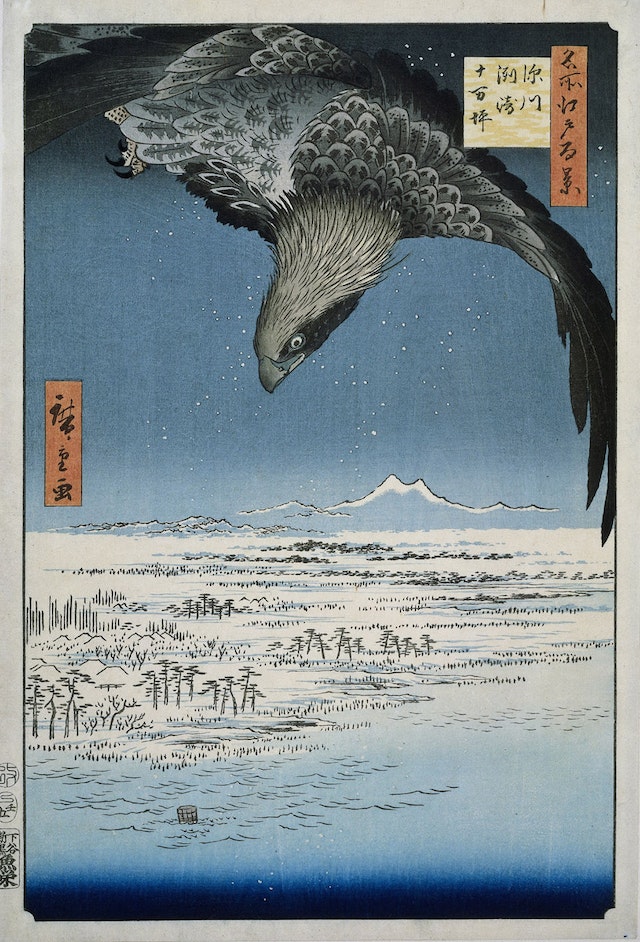 Jumansubo Plain in Susaki near Fukagawa

Considered to be the last great master of ukiyo-e tradition, the Japanese artist Utagawa Hiroshige (1797 - 1858) was a hugely influential figure, not only in his homeland but also on Western painting. Towards the end of the 19th century, as a part of the trend in "Japonism", European artists looked to Hiroshige's work for inspiration, and a certain Vincent van Gogh was known to paint copies of his prints. (Image source: Rijksmuseum)