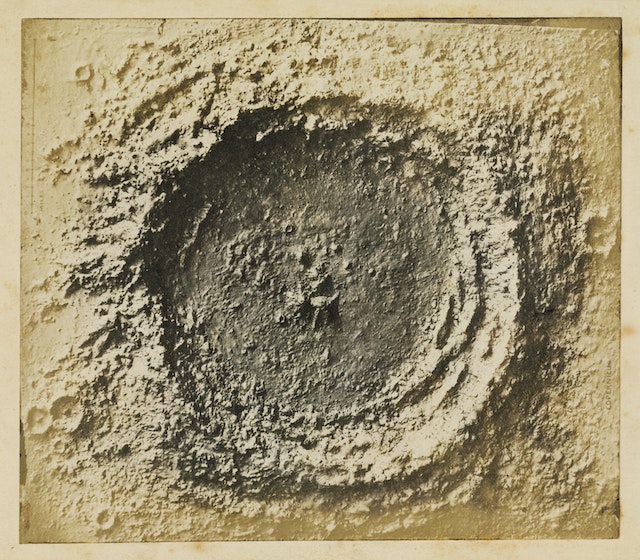 Photograph of the Moon

Although the photograph (a "calotype") appears to show the surface of a distant moon crater, it was actually technically impossible to take such a close-up of the lunar surface in the mid-19th century. Rather it is a photograph of a papier-mâché or clay model. Up the right hand side of the sheet, is the word "Copernicus", a label identifying the name of the distinctive crater (named after the great Polish voyager and scientist of the 1500s). On the upper left hand side runs a scale showing the size of the crater in miles. (Image source: The Getty)