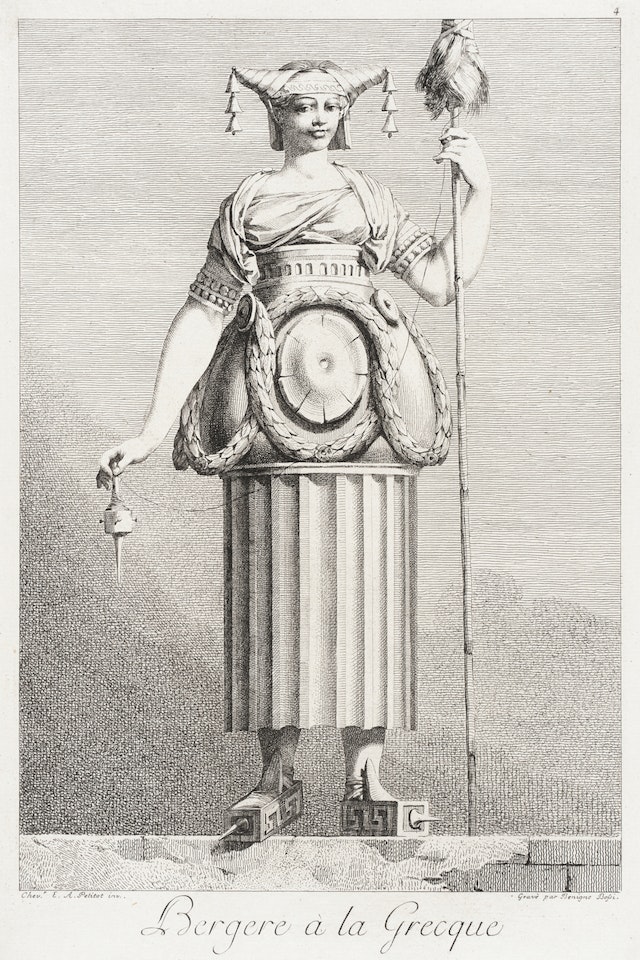 Sheperdess in the Greek Style

A character from the Mascarade à la Greque, a parade of fantastical, architectural outfits from the imagination of French artist Ennemond Alexandre Petitot (1727-1801). Although Petitot was indeed Court Architect at Parma from 1753, these designs — etched by Benigno Bossi — are of course neither plans for buildings, nor sketches for actual garments. Rather, the Mascarade is Petitot's way of poking fun at the prevailing fashion for the goût grec, or "Greek taste", that flourished in the 1750s. A reaction to the ornamental excesses of the Rococo style, the goût grec ushered in the neoclassical style, and is characterized by forms such as acanthus leaves, pilasters, Ionic scrolls, and meander patterns. Petitot takes this style to a ridiculous extreme, in which humans and their clothing morph into objects: shoes become bricks, elbows in sleeves are angled pediments, the sutler’s stomach is her oven. (Image source: LACMA)